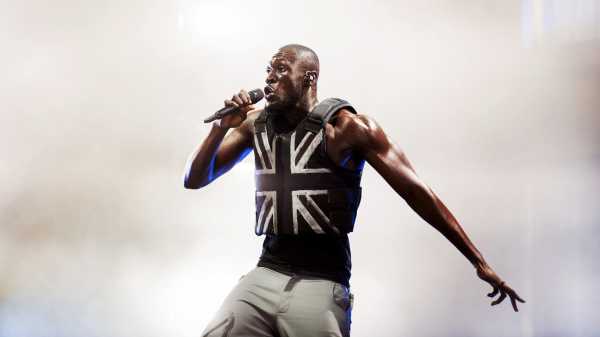 Our young black king, the warlike Michael, entered stage left. His armor, stab-proof and street ready, bore upon it the rusted colors of his country, and, although he was young, no one in the field doubted that he looked the part. Kingly in every fibre, a “big man,” charismatic in body and word. Mighty he seemed, and bold, but seeming is not being, and a young king crowned early knows well that suspicions surround him. The previous king—in this case, King Carter—spoke for the new king, and vouched for him before the people, and this was well and good. But the people can only follow the man who stands before them. They must take confidence in him. He must take confidence in himself. And it was easy to take confidence at the sight of his shining skin, his martial profile, his sheer physical beauty. Those who believe in the divine right of kings will see a youth with royal blood running through him that is older even than England itself, that can be traced all the way back to the regal Ashanti. But the one the people call Stormzy is not satisfied with appearances: he is our leader only if he leads us in the field. You can be born with your boots too big, after all; the test is whether or not you can fill them.

Understanding this, he didn’t waste a second, this young black king, no, he leapt into the breach, faced the people squarely and asked them directly: Where do you know me from? Good question. The apparent answer was up in lights behind him—“South Norwood”—but in England origin stories go back a long way, and the chords that strike most strongly inside us have usually been played before. Clever the young rapper who takes an ancient English tale and (unconsciously?) refits it for his purposes. For we, too, remember his wilder days—his dealing and his street fights, his cush and his Henny, his difficult South London childhood, far from the center of the royal court—and perhaps some of us had not reckoned on what use he’d made of them. A young king must face the skeptics. Why this man? Why now? What should a new king say? How should he behave? What effect should he have on his people? What effect should the people have on him? By powerful coincidence, such questions of leadership—important within the kingdom of Grime—also happen to be preoccupying the nation as a whole. And, in the midst of a spectacular failure of British governance, there was something overwhelming and surreal about finding ourselves looking up at this cocky young bwoy, as he leapt back and forth, beseeching us to match his boundless energy with our own, until we realized: Oh, that’s what a leader looks like. The young king knew it. He proclaimed his worthiness, over and over. In the kingdom of Grime—as it was in the medieval courts—self-love is not so vile a sin as self-neglect. And so we heard a lot about how the girls love him, and the old rappers envy him, and the establishment fears him, and the young fools try to gas him. We heard about all the online trolls who, like the Dauphin, talk too much balls.

Onstage, “killing it” is a thing always fated—a special kind of destiny—and yet simultaneously self-created, moment by moment. You have to earn what has already been given. “I feel like the twenty-five years of my life,” the young king insisted, visibly moved, as he looked out upon a crowd bigger than Agincourt, “have all led up to this moment.” It was the definitive line in a monumental drama, performed at a consistent hundred and forty b.p.m., with as many memorized verses as may be found in any of our great tragedies, yet with only one man onstage to say them all. Who managed to bring forth, upon that unworthy scaffold, a tale about the state of the nation, about the place of the black peoples within that nation, and his own place within both. Who used the stagecraft of the court—ballet, choral music, jesters doing wheelies, dancing acrobats—to tell the court he had arrived.

All things are ready, if the mind be so—if the mind be merky. Covetousness, fury, passion, attitude, desire—the much maligned skills of the street—were now concentrated and trained upon the task at hand. Fair nature was disguised with hard-favored rage, which was itself harnessed and offered outward, to the people, as a kind of service, so that they might express their own feelings of wrath. (Fuck Boris!) Yet the young king did not hide his own anxieties, nor shy from the resentments and harsh judgments of others. Once, such a man could walk cloaked and incognito through the field, listening to the people run him down and curse his name; now he lurks on Twitter, absorbing ego death by two hundred and eighty characters. Yet, if the crown is heavy, he wears it well. He pays his dues. He makes pragmatic alliances with red-headed kings of expedient countries. He references his elders without entirely bowing to them. (King Carter didn’t pop molly, he rocked Tom Ford; King Michael doesn’t dab, he vossi bops.) He stalks the field, wondering why not Skepta, why not Wiley, why not Dizzee, why him, why now? The mystery of the leader is the mystery of the unsolvable surplus. Of some extra thing, some inexplicable dose of charisma, of energy, of something. Where does it come from? Stormzy, as is traditional, finally offered the surplus up to God, although here God shared credit with Kanye, the exiled king, whose sublime gospel masterpiece “Ultralight Beam”—that sermon to surplus—expressed the young king’s humility, joy, and gratitude in the face of his own undeniable power.

What else? A lieutenant called Dave offered up a spontaneous praise song, just the right side of obsequious, at which the young king seemed genuinely embarrassed, and this endeared him hugely to his people. As did an endless shout-out, not to Bedford and Exeter, Warwick and Talbot, but to MoStack and Yxng Bane, Little Simz and Ms Banks, Slowthai and Dizzee, and so many others—sixty-five in total—familiar in his mouth as household words. And maybe soon in ours. For this was about arrival: of a king and his court and the many, many people who have hoped for this day, when the hyphenated “Black-British” would appear, to the English ear, as permanent and central a condition as “African-American.” We who have seen so many young princes ignored, suppressed or plotted against. And when his army finally claimed the stage it came in the shape of mandem and galdem and so many little bredrins, singing, rapping, locking, vossi bopping, breaking, and generally wiping out whatever was left of the opposition in that very old English field. All hail the king! No king of the underground if not also king of the mainstream! And gentlemen—and women—in England, now-a-bed, watching it all after the fact, on their laptops, shall think themselves accurs’d they were not there, at Glastonbury, that day.

2020 Democrats weigh in on the biggest issue in tech