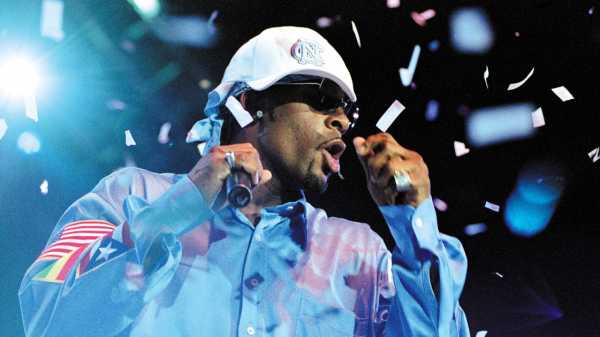 Within the first minutes of the six-part documentary “Surviving R. Kelly,” one thing was clear: no one—R. Kelly, the music industry, his fans, ourselves—would emerge unscathed. Viewers had been called to bear witness to the stories and pain of black girls and women—an essential and revolutionary act in its own right—and to the failings of the individuals and the systems that allowed these women to suffer. Over six hours, we hear from Kelly’s siblings and business associates, psychologists, journalists, survivors, and the families of the girls who have all but disappeared into his cultlike orbit—families who are desperate for their daughters to come home.

Few viewers will be surprised to see how the justice system falls short (Kelly was acquitted in 2008 of child-pornography charges, and has denied all of his more recent allegations), but the documentary’s power is in how it forces all of us to recognize how small choices of selfish indifference enable someone like R. Kelly, creating a culture where there are only the abused, abusers, and those who are complicit, often in alternating and interchanging roles. “Surviving R. Kelly” demonstrates that black girls and women are at particular risk for getting drawn into this cycle of negligence and silence. The documentary also indicts the music industry at large—from the very top, starting with R. Kelly’s label, RCA Records, which refuses to drop him, to his entourage, who, when not turning a blind eye, casually facilitated his abuses. They all seemed to thank, What’s another victim compared to another paycheck?

In the first episode, the writers Ann Powers and Nelson George offer a primer on the long, twisted history of pop music’s idolization of relationships with young girls, on and off wax. Citing songs like Chuck Berry’s “Sweet Little Sixteen” and the Beatles’ “I Saw Her Standing There” and the romances of Jerry Lee Lewis and Elvis Presley with much younger women, they present a framework for how girls are mistreated in pop music, devolving from shameless, barely legal marriages to being viewed as a sort of prize that comes as “part of the life style.” Men’s indiscretions are chalked up as the inevitable result of consensual idol worship. If Aaliyah, despite her status as one of R. & B.’s most beloved icons, couldn’t get anyone to stand up and intervene against R. Kelly, black girls without star power never stood (and still don’t stand) a chance.

In the face of these testimonies, the question of the fan’s responsibility, our responsibility, remains. Our favorite artists become our counsellors, our heroes, and our means of escape, a burden of which many are not deserving. Such status can blind us when these people mistreat others; it’s easier to offer a perpetual benefit of the doubt than to deal with the cognitive dissonance that comes with the realization that an ugly person has created beautiful things.

“Surviving R. Kelly” calls on music fans to consider how their support, while seemingly innocuous on an individual level, is one of the many threads upholding a predator’s web—and how, in some cases, it can be the catalyst that allows young women and their loved ones to become prey. Kelly’s power over these girls was, in part, granted by his position as a superstar, which is, in turn, granted by loyal listeners who make it so. It can seem as if withdrawing support—no more streaming, no more YouTube plays, no more tickets—from someone like Kelly is futile when so much is systemically in place to protect an abuser, but an individual “no” can and should be done. (Every day, performers are dropped from their labels once it’s clear that the rewards can’t validate the risk.) It’s a rigged game, and justice may never arrive, but muting R. Kelly is the very least anyone can do.

Somewhat ironically, after the documentary aired there was a surge in streams of Kelly’s music. Perhaps this wasn’t a cynical act of defiance but rather swarms of fans undoing decades of compartmentalizing. “Surviving R. Kelly” reframes the songs that we once loved. It feels impossible to not consider that every carnal lyric and innuendo—each body calling out, seeming like it’s ready—may very well be about an underage girl. And, in the face of these stories, it would be a willful act of denial to see the songs as otherwise. Such uplifting and PG tracks like “I Believe I Can Fly” or, more insidiously, the redemptive “U Saved Me” become nothing more than Messianic tools of manipulation. Even the songs that R. Kelly worked on with and for others merit a second inspection: “You Are Not Alone,” which Kelly penned for Michael Jackson, is revealed to have perhaps taken inspiration from a teen-age girlfriend (if she could even be called such) who had miscarried their child; “Age Ain’t Nothing But a Number,” the title track of Aaliyah’s début, is about as on the nose as it gets. Any suggestion that it’s possible to separate art from artist, when deployed in response to someone like Kelly and others who dole out abuse, is exposed as a sham. For R. Kelly, there can be no division between backstage behaviors and onstage performance when the trauma of these survivors—evidence of his crimes—has been pressed into his singles and sold back to us for profit.

Trump to Meet With N Korean Defectors to Mount Pressure on...

Trump’s China strategy is the most radical in decades — and...

Lewis Hamilton urges F1 bosses not to turn their back on...