Home Culture The 2018 Emmy Nominations: There Is a Lot of Television to Watch... 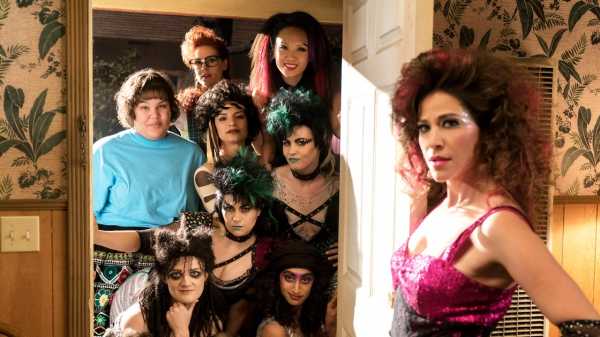 That the Emmys lack the glamour and grandeur of the Oscars is an indicator of their odd cultural situation. Another is that, in terms of prestige, the institution pales in comparison to the average Emmy-winning show. The recent twists of TV history are such that the stature of the institution has not kept pace with the elevation of the medium. Yet the Emmys fail to provoke popular passion. As a television spectacle in and of themselves, they rarely make deep impressions. Through no gross fault of their own, they’re a bit hard to take seriously, despite exhibiting reasonably good taste and sound politics, by the standard of show-business organizations. They’re not even especially fun to become irrationally mad about.

Nonetheless, there is at least one serious milestone to note among the 2018 nominations, announced this morning. Netflix received a total of a hundred and twelve nominations, compared to a hundred and eight for HBO, home of such expensively bludgeoning hits as “Game of Thrones” (twenty-two nominations) and “Westworld” (twenty-one nominations). “It’s the first time HBO hasn’t led all nominees in 18 years,” according to the math of the Hollywood Reporter. Netflix’s success is, true to its brand and business plan, a testament to sprawling pluralism, creative promiscuity, and adventuresome range; “The Crown” (thirteen nominations) and “Stranger Things” (twelve nominations) lead a list that also indicated establishment approval of “Black Mirror” (for Jesse Plemons’s performance in a seventy-six-minute episode titled “USS Callister”), “Seven Seconds” (for Regina King’s excellence in a slushy criminal-justice drama), and “Queer Eye.” The revived makeover show is an obvious sentimental favorite in the ontologically wonderful category called “Outstanding Casting for a Reality Program.”

The announcement of the nominations is not a ritualized set-the-alarm television event, but a dutiful bit of trade business properly watched via live stream. This morning, on YouTube, before the program began, the group chat surged with civil pleas for a range of fine entertainments—shout-outs to “Twin Peaks” (Showtime), “Brooklyn Nine-Nine” (Fox), and “Killing Eve” (BBC America). Onscreen, one presenter (Ryan Eggold, promoted as the lead of an old-fashioned network hospital drama débuting this fall) made respectful and quasi-arty small talk with another (Samira Wiley, who was politely lovely when informed, at the podium, that she had been nominated for her supporting role in “The Handmaid’s Tale”). The presenters were charming; their naming of much of the work—Benedict Cumberbatch for “Patrick Melrose” (Showtime), Sandra Oh for “Killing Eve,” the civic-minded “Drunk History” (Comedy Central) as Outstanding Variety Sketch Series—gladdened the heart for a moment. But, mostly, I received this news as a burden, a nagging reminder that TV, in its prolificity, has become incapable of being kept up with.

Our staff and contributors share their enthusiasms in books, music, podcasts, movies, TV, and more.

E! aired neither the nominations nor any prelude to them, and instead stuck with a Season 7 rerun of “Keeping Up with the Kardashians.” However, the hosts of the day’s edition of “Daily Pop,” also on E!, tackled the import of the nominations with an enviable energy. “Daily Pop” is a noontime gabfest, newsstand-juicy by nature. The hosts were excited about the nominations on a level combining gossip-blog knowledgeability and tabloid verve. Here, the big takeaway from the announcement concerned the lack of a nomination for Mandy Moore, of “This Is Us” (NBC), which is both the lone network show among the series competing for Best Drama and the one with the least snob appeal.

“Can we talk about Mandy Moore? You guys! . . . There is no justice in the world!” was the opening complaint. The perfectly reasonable idea that Moore was being snubbed for her background as a pop star was indignantly broached. A finger jabbed the desk for emphasis. “She goes to everything, and she gets all that hair and makeup done, and it stresses me out,” a host said of Moore. “Just to go and support other people? Why does she not get her own moment?”

The “Daily Pop” crew wondered, in sophisticated tones, whether the politics of Childish Gambino’s “This Is America” music video were a detriment to the awards career of Gambino’s alter ego, Donald Glover, of “Atlanta” (FX). They sniped at one another about whether Jessica Biel, nominated for “The Sinner” (USA), qualified as a proper movie star. They floated a theory that Jason Bateman’s nomination for “Ozark” (Netflix) proved he had successfully executed an apology for, infamously, joining other actors in diminishing his co-star Jessica Walter in the Arts section of the Times. They predicted a sweep for “The Handmaid’s Tale.”

There was an edge to the conversation, which included incidental jokes referencing both Alex’s binge viewing in “A Clockwork Orange” and the social atmosphere depicted in “Lord of the Flies.” In conclusion, one host was asked if she knew what an Emmy looked like. “It has the wings, right?” she answered. “Or is it a globe?”

Drugs Offered to Johnson by Trump Have Not Been Clinically Tested...

‘You Do Not Know What You’re Talking About’: Biden Bristles at...