Home Culture The “Bandersnatch” Episode of “Black Mirror” and the Pitfalls of Interactive Fiction... 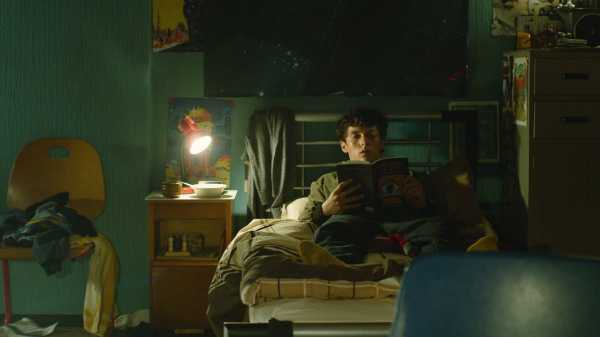 When he was a young man, the English video-game designer Peter Molyneux programmed a pixel to slide across the screen of his Acorn Atom computer. He described the thrill as being “as close to sexual satisfaction as you could possibly get.” The feeling was shared, seemingly, by many youths in the Britain of the early nineteen-eighties, when there was little economic opportunity for the working class. Before the industrialization of video games—the great American software factories and their nameless workers—these teens staged a quiet revolution from their bedrooms, designing games on home microprocessors. Those who managed to place their games into high-street retailers, such as WHSmith, became rich. Like pop stars, they were often only slightly older than their fans, and their work was followed with cultish obsession.

This historical moment provides the setting for “Bandersnatch,” a new episode of the writer Charlie Brooker’s “Black Mirror.” The episode, which débuted on Netflix last week, follows Stefan Butler (Fionn Whitehead), a nervy young programmer who, after finding a choose-your-own-adventure-style fantasy novel that belonged to his late mother, begins adapting it into a video game. Butler works from his aromatic bedroom, in a house he still shares with his father. As a means of escape, he considers selling the game, and takes an unfinished version to a publishing house run by the grinningly opportunistic Mohan Thakur (Asim Chaudhry). There he meets one of his heroes, the game designer Colin Ritman (Will Poulter), who personifies the high-flying, bespectacled teen auteur Butler dreams of becoming. Thakur bids to publish Butler’s game, which is called Bandersnatch—a reference to a real game of the era that famously never came out—and offers Butler help to finish the game and a luxurious advertising campaign to promote it.

But the decision to take up Thakur’s offer rests not with Butler but with you, the viewer. Unlike most episodes of “Black Mirror,” “Bandersnatch” is not a tale about the devastating potential of technology. It’s a work of interactive fiction—a nonlinear story in which we steer the plot via simple A/B choices that occur at key moments in the drama. In the Choose Your Own Adventure novels, which popularized the form in the nineteen-eighties, decisions were made by turning to a specified page number, where the readers could pick up their chosen narrative thread. In “Bandersnatch,” these decisions—which range from choosing which cereal Butler should eat to choosing if he should jump off a balcony—are made via the TV remote. (If you fail to pick an option, one is chosen for you, to keep the drama chugging.) Each path winds to one of a clutch of possible endings, some of which are abrupt and unsatisfying, others of which unravel the story’s mysteries. Some endings even invite the viewer to return to a previous scene, implying that he or she took a wrong turn in the road. 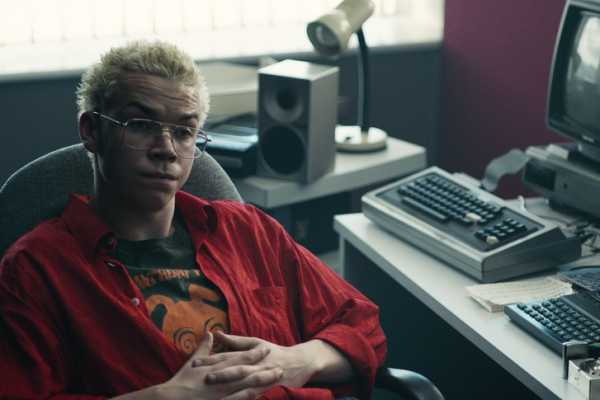 Interactive fiction, or I.F., is an old and treasured mode of video-game design. Per the veteran designer Sid Meier, a video game is a series of interesting choices; in many ways, the multi-branched story is the purest expression of that idea. “Bandersnatch” is a Netflix episode, so it’s by necessity simpler than many I.F. games, but it also demonstrates both the enduring allure of the format and its exasperating limitations.

The upside of the form is that steering a story onscreen, with live actors playing out your choices, has a wild magic. But what’s gained in autonomy is often lost in dramatic impact. I.F. can be a wasteful vehicle for storytelling. Every plot branch multiplies the writer’s work while dividing the proportion of that work that will be seen by players. With every new crossroad, each path becomes more obscure. And every choice made is accompanied by a melancholic chaser, the feeling that we’re missing out on a different, perhaps more satisfying story.

The best examples of I.F. cut and chop their story segments in ways that minimize wastefulness. Sam Barlow’s “Her Story,” a thriller released in 2015, presents you with a database of three hundred film clips, which are culled from police tapes filmed during a murder investigation. You can’t access the clips in chronological sequence. Instead, you use search terms to query the database, and clips that contain your term (e.g., “affair,” or “murder”) are retrieved for viewing. The story is pieced together in the mind as a jigsaw and only fully known when you uncover every clip through informed guesswork. (Barlow’s work in bringing I.F. to the small screen was the subject of a piece in The New Yorker in 2017.)

Brooker, who began his career as a journalist covering video games, was more tightly bound than Barlow, both by the limits of Netflix’s technology and by the need to appeal to a broad and broadly inexpert audience. His response was to acknowledge, in the episode, the foibles of the I.F. form. During a late-night recreational drug-taking session, Colin Ritman, the rock-star programmer, explains to Butler that he believes in the multiverse. Death, he explains, isn’t the end; we inevitably go on living in another time line. This theme gives Brooker license to send viewers back to key crossroads, forcing them to rewatch a portion of the episode before making a different choice.

It’s an ingenious solution, one that turns the game into something like a treasure hunt; the viewer is invited to seek out each pathway and build a four-dimensional picture of the plot’s narrative possibilities. This design minimizes wastefulness, but it also allays our fear of missing out. We can explore various courses of action before settling on our preferred route. There are few such chances in life, where we live with our choices and their repercussions. In its way, “Bandersnatch” offers an antidote to regret.

And yet omniscience, it seems, isn’t all it’s cracked up to be. One of the thrills of fiction is seeing the ways in which characters respond to miserable circumstances and their own suboptimal choices. Similarly, one of the thrills of a video game is the chance to work our way out of a disaster of our own making. It’s the pleasure of emptying the Tetris bucket of blocks after a series of missteps, and it’s the satisfaction of watching that final space invader explode, like an iridescent dandelion, seconds before it smacks into your home base.

“Bandersnatch” ’s do-overs lighten the weight of our decisions, which in turn lightens the gravity of the whole. It’s an exhilarating experiment, not least because it’s played out on such a major stage, and on one of Netflix’s prestige properties. Much of the episode’s success, however, relies on the clever marriage of theme and mechanism. Without this, the flimsiness of the supporting framework, more gimmick than revolution, would be exposed. It is a choice, in short, to be repeated only with great care.

Over 20 People Killed, 21 Injured in Bus Crash in Tunisia...