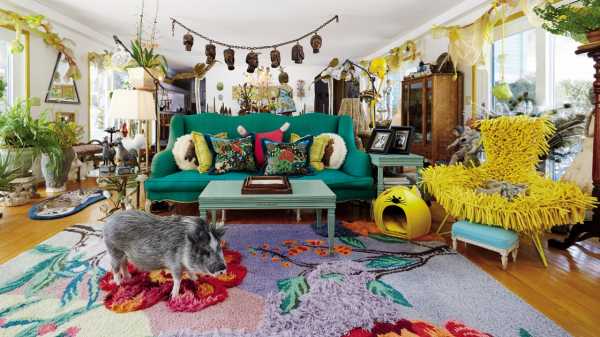 To spend time on the Internet is to be inundated with the everyday habits of other people. We don’t even need to turn to social media; in recent years, breezy interviews with the notable and the not so notable have penetrated nearly every outlet, offering us a constant stream of information about the more trivial aspects of daily life. Want to know Frank Ocean’s mother’s skin-care routine? Head over to Into the Gloss, high-brow beauty’s mecca du jour. Curious how John Leguizamo spends his Sundays? He’ll tell you all about it, in the New York Times’ Sunday Routine column. Across New York magazine’s sites, you can read accounts of every morsel that someone has eaten in a given week (the Grub Street Diet), all the items someone has purchased in the last month (The Strategist’s Guest Hauls) or how a particular woman manages her busy schedule (The Cut’s “How I Get It Done.”) Monthly budgets, morning rituals, bedtime routines, daily media diets—there is a seemingly insatiable thirst for the quotidian. These accounts supply the thrills of both petty voyeurism and material inspiration. They are glorified recommendation engines, guiding readers toward which moisturizers to buy, which museum exhibits to visit, which personal-budgeting apps to avoid, and which supplements to ingest before bed. 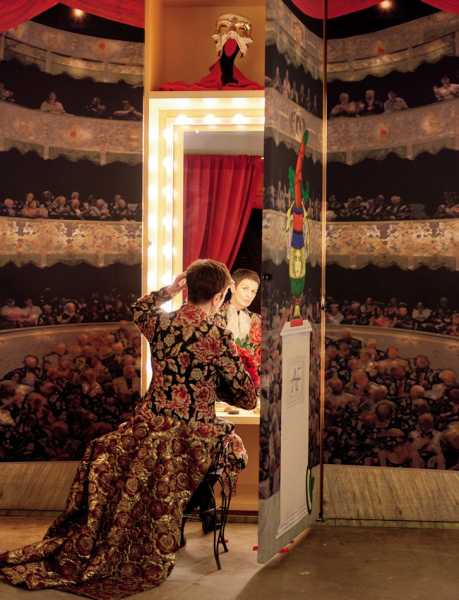 Alba Clemente at her dressing table.

At first glance, Wendy Goodman’s new book, “May I Come In?”—which is nearly three hundred pages long and approximately the weight of three bricks—might be assumed to be part of this expansive genre. Goodman, a longtime fashion and interior-design writer who has worked at New York magazine for the better part of her career, has spent her life exploring the homes of the cultural élite and publishing photographs and essayistic accounts of what she finds. In an era when anyone can art-direct his or her home into an object of design envy—or even rent a slick, unlived-in apartment for an Instagram photo shoot, as per a ghastly New York Times article—Goodman is a rarefied gatekeeper. Her stamp of approval is highly coveted, and “May I Come In?” catalogues her best offerings—among them the homes of Valentino Garavani, Vito Schnabel, Donatella Versace, Diana Vreeland, Tina Turner, and Whoopi Goldberg—from the past three decades. The book contains abridged versions of her original pieces, which are about both the homes she has visited and the fabulous subjects who inhabit them: fashion designers, artists, bon vivants, socialites, actresses, career oddballs, and more.

But the book feels nothing like the service-y slices of life that fill the Internet. Those features are relatable, lightly aspirational, and create in readers the impulse to buy. Goodman’s work, by contrast, contains no how-tos, no suggestions for maximizing tight apartment space or doing high design on a budget. In fact, her book is anti-aspiration: no average reader would dare to create a home as spectacular, peculiar, or singular as the ones found here. “May I Come In?” is pure fantasy, designed to preserve the majesty of its subjects’ reputations, rather than flatten them into a logging exercise.

But that doesn’t mean that the book is mere interior-design porn, either. Goodman’s work is so appealing to design-world outsiders because she doesn’t focus on abstruse brand names or lavish spectacles. Nor does she traffic in of-the-moment vocabulary (she uses the term “spartan splendor” in lieu of the ubiquitous “minimalism”). Instead, she’s interested in the lives these homes contain, and in the backstories behind their furnishings: Amy Sedaris, despite not having any children, has a fantastical playroom, because she’s a sprightly shut-in; in his Capri villa, Valentino likes to be served lunch by white-gloved butlers; Whoopi Goldberg moved to a New Jersey mansion once she got too famous to live a normal life in Manhattan. Even after decades of this work, Goodman has retained a childlike wonder about the homes she visits, and, rather than listing out obscure furniture designers or layout techniques, she likes to use people’s homes as canvases on which to project a fantasy about how their lives might be lived. As she gazes around the apartment of the quippy New York socialite Anne Slater, she recalls thinking, “In her fifty-three years in the apartment, you can bet that Anne Slater never had a ho-hum day.” Flipping through this soothing book, you can bet that Wendy Goodman has never had one, either. 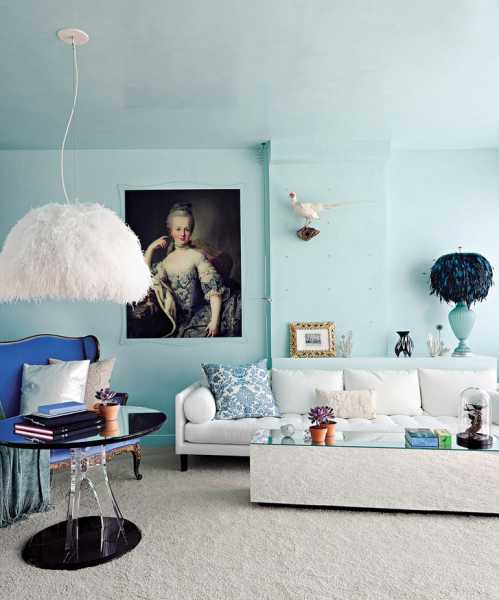 Goodman’s book has been billed as memoir, but it contains almost no autobiographical information. This is a shame, because many of its most interesting moments are when its author gives some insight into her work. The afterword features a breathtaking and profound letter from Roald Dahl that Goodman received as a young girl, in which he encouraged her to become a writer. It makes you wonder: How did she meet all these esteemed people? And how does she live? What does her apartment look like? A significant part of Goodman’s skill is her ability to accrue connections in the course of decades, and to gradually work her way into the homes of reclusive or persnickety artists. She has obviously become friends with the glitterati she covers, but she positions herself as the consummate outsider, and speaks frequently about the anxiety she feels in asking to photograph or enter someone’s home. “When the day came, I walked slowly over the Pont de Sully, breathing deeply, my heart thundering in my chest, thinking about the questions I was going to ask,” she writes, recalling the day she was due to meet the French aristocrat Alexis, Baron de Redé, at his apartment in Paris’s Hôtel Lambert. (When she does meet him, she realizes that he is ill, and she cannot bring herself to ask him questions or take photographs.) She has a longtime rule, one of the many symbols of her delicate approach: she must ask for her subjects’ permission before touching or moving objects in their homes. But, beyond this, she rarely foregrounds her own experience, choosing instead to celebrate the splendor and richness of the people and apartments she visits.

Goodman often refers to her interior-design pieces as “stories,” and to the challenge of “getting the story.” In our image-saturated era of oversharing, broadcasting the interiors of another person’s home does not seem like a journalistic feat. But for Goodman it is. Her accounts of people’s homes contain no tips or tricks, no sponsored links directing you to an Amazon shopping cart, no tidbits about how your peers maximize their productivity—just photographs and stories. Surely you will see her book on many of the holiday gift guides you read this year.

Catch Me if You Can: Alleged Video of Uncontrolled Drone Flying...

What is a nor’easter? And why do they keep hitting Boston?