Home Culture The Best Cookbooks of 2019 | 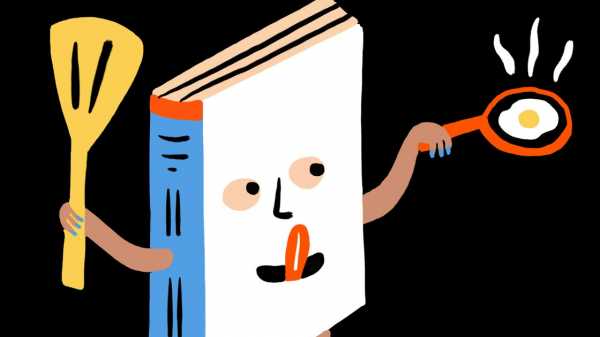 If you find yourself wondering, idly, whether the precise moment in which you live is one of cultural turmoil, turn your eye to two things: ladies’ hemlines and the cookbook section of your local bookstore. In 1926, the economist George Taylor postulated that women’s skirts get shorter as the economy strengthens and drop as the market declines. The observation has turned out, over time, to hold water—though researchers have found that it operates on a delay of about three years, which is apparently the amount of time it takes for trend-makers and the fashion élite to adjust their aesthetics, for manufacturers to cotton on, and for the average skirt-wearer to warm up to the idea that she needs a new skirt.

It’s also true that restaurant-going booms during boom times, while, in times of doubt, we retreat to the warmth and comfort of our own kitchens. As 2019’s class of cookbooks piled up on (and around, and beneath) my kitchen table in the course of the year, noticeably absent were the glossy, coffee-table travelogues and the grand, brick-like monographs of haute cuisine that for so many years were the gold standard of culinary literature. Right now, the book publishers seem to be saying, the hungry reader wants to be presented with history, memory, clarity, simplicity. Yes, please! Whittling down my favorites to a mere Top Ten was an insurmountable challenge—and there were still so many I didn’t get to, all of them floating in that literary quantum state of potential perfection. (No doubt my favorite book of all is among them, and I’m cursed never to know it.) If this is indeed a time of crisis, I suppose it’s a comfort that at least our kitchens—and, for those of us in skirts, our knees—will be warm. My list is organized alphabetically by author.

“Ruffage: A Practical Guide to Vegetables,” by Abra Berens 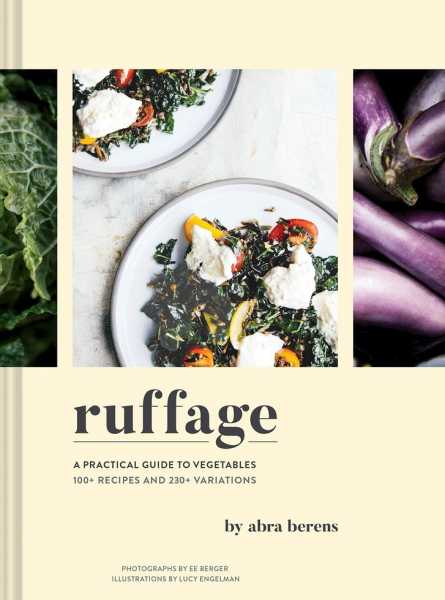 All vegetable cookbooks, as a rule, are wonderful, but too often they blur together into a sort of generic, Wendell Berry-and-dirt-under-the-nails quietude of awe: behold the first pale green of spring, lo the beauty of the humble parsnip, and so on. It’s the voice in “Ruffage” that makes it so marvellous—a sort of sharp, lusty fierceness that one doesn’t normally see applied to beets or celery. Berens writes intimately without being precious, a mode that reflects her recipes: approachable but stunningly lush, gently coaxing out walloping flavors from humble materials. 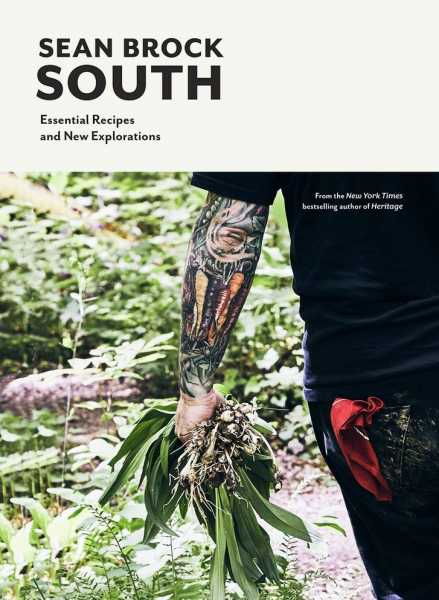 This far-reaching compendium decodes the culinary pillars of the entire American South, from the moss-swagged South Carolina Lowcountry to the rolling hills of the Appalachian Piedmont. Shrimp and grits, fried bologna, five types of corn bread—it’s all here. Brock, a celebrated chef, is one of the great practical historians of Southern cuisine, and here he focusses on the whys as much as the whats: we get to know not only his favorite heirloom beans and grains but the soil that feeds them and the people who grow them; we learn not just why it’s worth tracking down certain cultivars of tomato or regional varieties of country ham but the reasons (often tragic) that they’re now so hard to find. 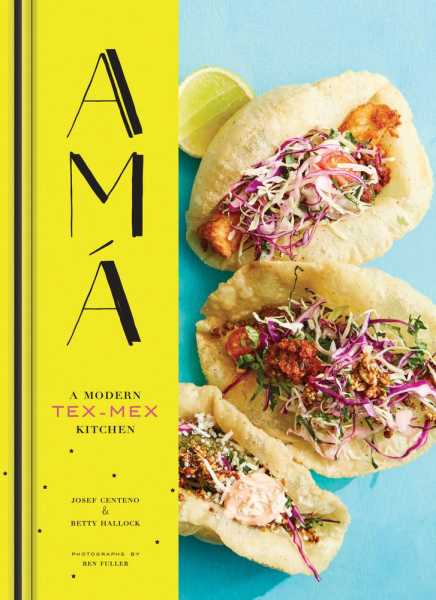 Tex-Mex, as a cuisine, often gets slighted when it comes to serious culinary consideration, but, at Los Angeles’s celebrated restaurants Bar Amá and Amácita, the chef and restaurateur Centeno gives this essential American cuisine the spotlight it deserves. This book is less an accounting of the restaurant’s menu than a tale of Centeno’s coming of age within Tejano culture and learning to find pride in his family history. Stories and recipes from generations past (fiery steak fajitas; a gooey, chorizo-flecked queso asadero) share space with playful remixes of Texan and Tex-Mex classics, like lobster taquitos and carne guisada Frito pie—not to mention nearly an entire chapter dedicated to “Super Nacho Hour.”

“Zaitoun: Recipes from the Palestinian Kitchen,” by Yasmin Khan 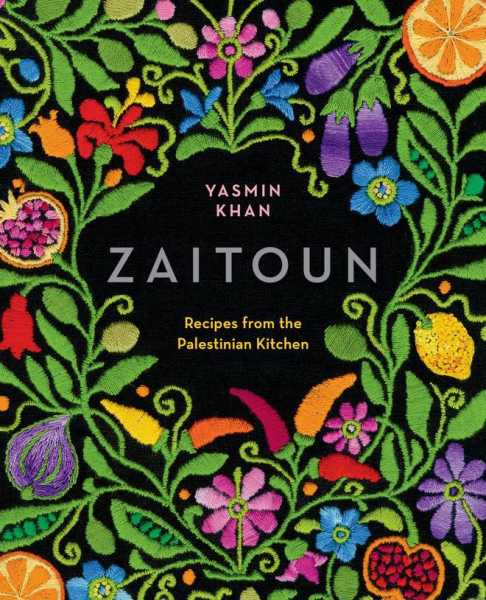 Khan, a former human-rights campaigner, shifted her job description in 2016 with “The Saffron Tales,” a marvellous compendium of Persian cuisine. In her second volume, she turns her empathetic eye to the kitchens of Palestinians living in Israel and the occupied territories and also abroad. The result is a feast of spiced soups and stews, zingy greens and pulses, and rich sweets scented with rose water and honey. Khan pays particular attention to subtle regional differences, including the chili-and-garlic-filled cuisine of the Gaza Strip, which is rapidly disappearing behind a devastating blockade.

“Where Cooking Begins: Uncomplicated Recipes to Make You a Great Cook,” by Carla Lalli Music 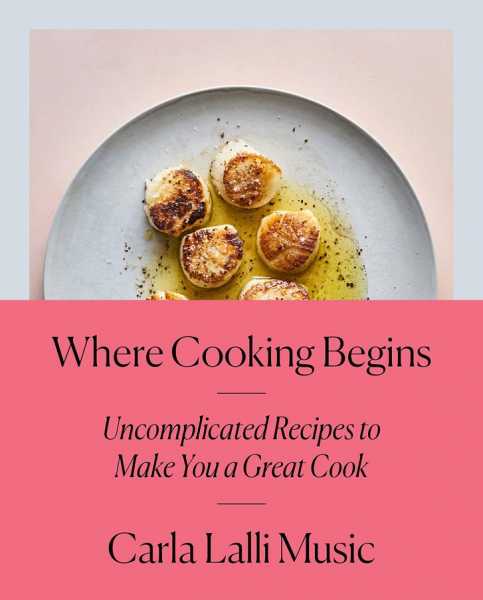 Whether in a farmers’ market, a mobile Web interface, or a fluorescent-lit suburban grocery store, Music’s philosophy of food is that it all starts with the act of acquiring it mindfully: buy ingredients often and in small quantities. Her book, full of beautiful photographs and written with a breezy, conversational voice, uses an arsenal of herbaceous, acidic, high-impact recipes to introduce key techniques and ingredient formulas that can turn any shopping trip into a gorgeous meal. Each recipe includes copious twists, spins, and alternatives: an ideal tool kit to transform a timid cook into an adventurous and confident improviser.

“The Gaijin Cookbook: Japanese Recipes from a Chef, Father, Eater, and Lifelong Outsider,” by Ivan Orkin and Chris Ying 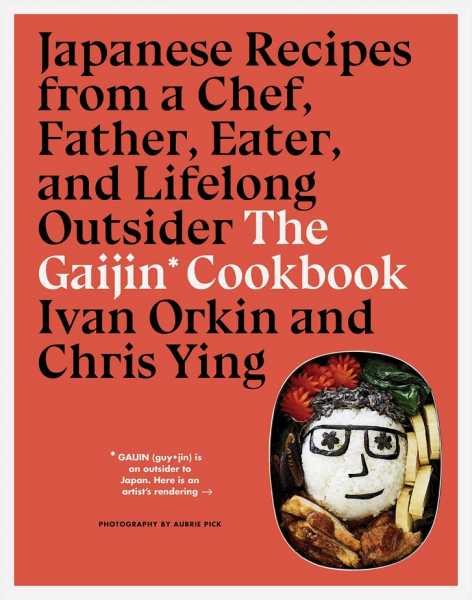 Orkin, a New York Jew who married a Japanese woman, has Japanese children, and spent years living in Japan, immersed in Japanese culture, has built a formidable career making some of the best ramen in the world. This is one of those rare cookbooks that’s both tremendously insightful and genuinely funny, exploring the various ways that identity, tradition, language, and love work together (or, sometimes, directly against one another) in the home kitchen of a blended family. From a starting point of simple, foundational recipes—rice, eggs, noodles, dashi—he guides the reader into slightly more involved Japanese, Japanese-American, and Japanese-American-Jewish dishes, including recipes ideal for drunken weekends, picky kids, or both.

“Tartine: A Classic Revisited,” by Elisabeth Prueitt and Chad Robertson 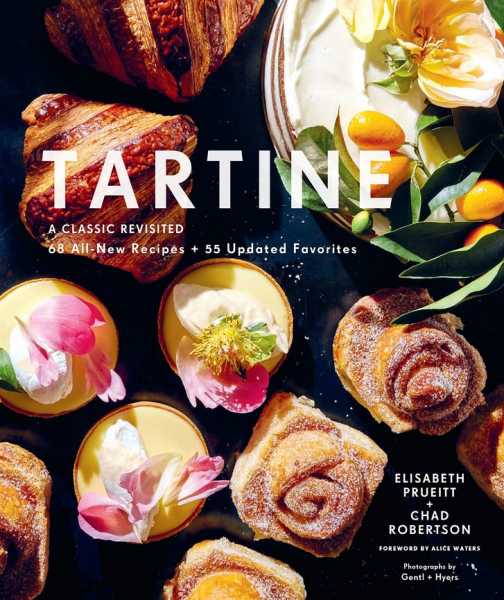 When the original Tartine cookbook was published, in 2006, it was a near-instant classic: at last, the extraordinary breads, cakes, tarts, and pastries produced at the San Francisco bakery could be made anywhere, so long as a home cook had the equipment (and exacting, patient temperament) to make it happen. Thirteen years later, Tartine has grown from a single storefront to a California empire with multiple locations (plus a few in Seoul), and its industrial ovens are still the gold standard. This book lightly updates fifty-five of the earlier recipes and introduces sixty-eight more, their flavors updated for more modern palates and diets—it includes two dozen gluten-free options—all truly exceptional.

“Nothing Fancy: Unfussy Food for Having People Over,” by Alison Roman 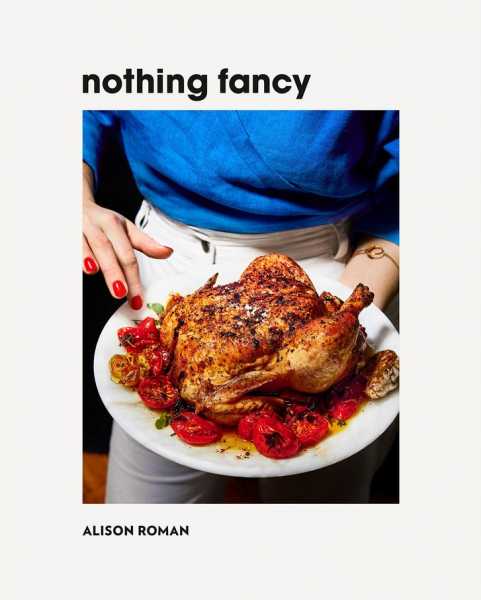 There’s something so refreshing about a cookbook that straight-up rejects the idea that cooking always needs to be a special and precious act. Roman’s food is bright and worldly, without a hint of tweezer-y fuss. Her alluringly irreverent thesis, first laid out in her blockbuster début book, “Dining In,” and elaborated upon in this volume (which, despite its dinner-party focus, is full of straightforward recipes with clever twists that work beautifully for everyday meals), stays just this side of the line between empowering and impatient: just make the damn food. Trust the recipe. Have some fun. 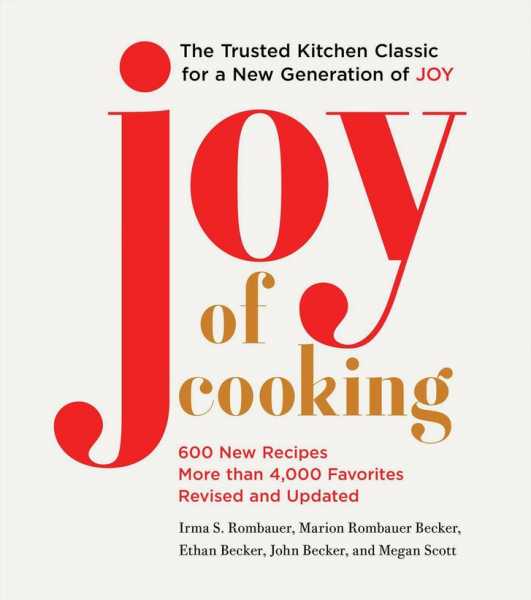 For the past ninety years or so, readers have been blessed with a new edition of “Joy of Cooking” roughly every decade. This version—the result of years of work by John Becker and Megan Scott, the newest generation to be added to the cookbook’s byline—brings the grande dame of the kitchen bookshelf definitively into the now. Becker and Scott retested and updated some four thousand classic “Joy” recipes and added six hundred or so new ones that reflect more current tastes and interests. There’s a whole section on fermenting now, not to mention vegan options, a sous-vide guide, and a dramatically broadened appreciation for international cuisines and ingredients. (For gift-giving, the printed version of “Joy” is a beautiful, massive object. But, for your own use, my advice is to invest in the digital edition: with so many recipes, and so much densely packed information, this is exactly the sort of scenario when an e-book—and its internal search function—is a cook’s best friend.) 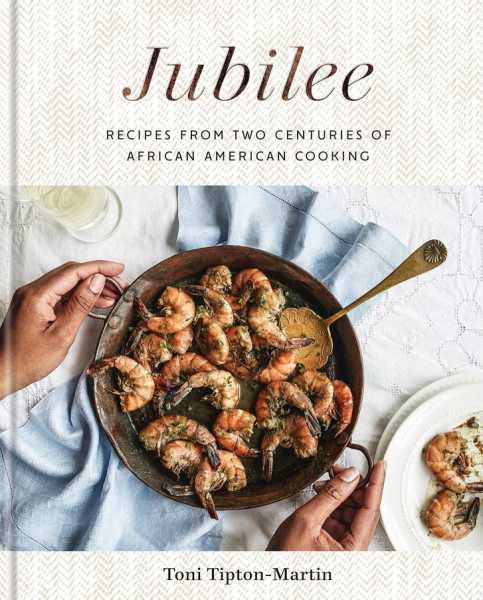 Ostensibly a companion to Tipton-Martin’s award-winning “The Jemima Code” (which I listed as one of my favorite food books of the past twenty years), “Jubilee” stands on its own as a wide-ranging, celebratory collection of recipes that trace the black culinary history of America. Rum-spiked fruit fritters, cinnamon-scented sweet-potato biscuits with salty country ham, a broccoli-and-cauliflower salad with a tangy curried dressing—each of the recipes in this extraordinary book has a provenance, whether it’s a classic restaurant, a modern celebrity chef, or the recorded techniques of an enslaved cook. Despite their deep roots, the recipes—even the oldest ones—feel fresh and modern, a testament to the essentiality of African-American gastronomy to all of American cuisine.

The Rise and Fall and Return of the Fraktur Font |