Home Culture The Best-Dressed Men at the Met Gala 2019: Risking Foolishness, Arriving at... 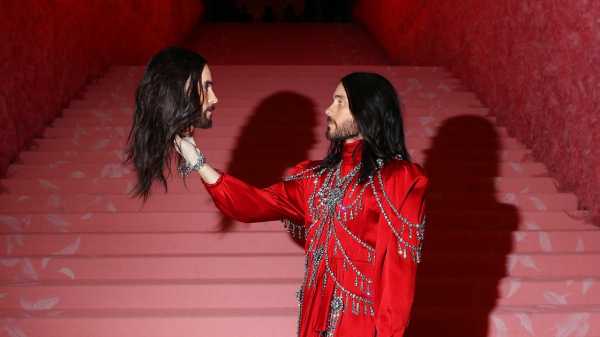 One correct response to a party invitation calling for festive dress on the theme of camp would be to don a smoking jacket and to accessorize with a paisley ascot. Another would be to flutter one’s opera glasses at the notion of a semiotics paper as a party theme. At Monday night’s Costume Institute Gala, at the Metropolitan Museum of Art, the celebrity guests were got up in rigs appropriate to an exhibition inspired by Susan Sontag’s “Notes on Camp,” an essay dedicated to Oscar Wilde. Sontag’s “Notes” attempts to define a certain aesthetic sensibility—an earthy zest for artifice. If you were ever, say, an American-studies undergraduate of jaded temperament and Gen X vintage, you have attended humbler parties on this theme.

Now the twist here is that, honey, the culture is camp all the way down to the ground that your boots were made for walking on. By definition, a culture of red-carpet glamour, with its real and performed decadence, is camp. All of us very much appreciate vulgarity all day long. Gucci sells thousand-dollar bowling shirts. And Monday night saw many a lush Gucci confection, experiments in the beauty of overrich taste: the singer Harry Styles in an angelic black-lace jumpsuit; the actor Jared Leto in a diamond-spangled red Gucci gown, carrying a replica of his own head and bearded face. In the context of camp, and Wilde’s “Salome,” Leto was King Herod and John the Baptist at once; in another context, he was Louis XVI at the guillotine. 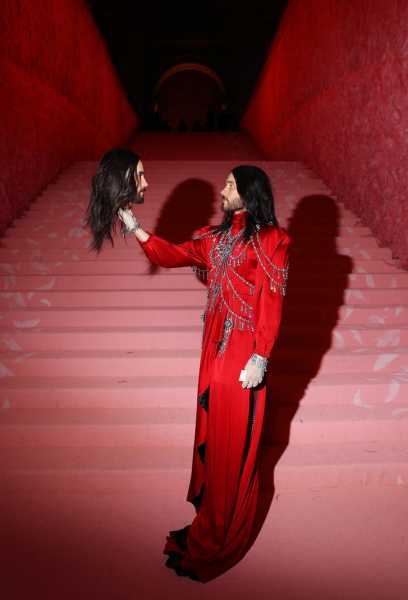 Among the men in attendance, the designer Dapper Dan—an original and a Gucci collaborator—won the night, wearing a design of his own: an embroidered tailcoat, an embroidered waistcoat, a perfect trouser. I want to call the flounce at his neck a lavallière. With its hodgepodge of historical references, the outfit risked foolish fantasy, only to arrive at defiant good taste. Dapper Dan was among the Met Gala attendees who dressed for camp with an eye toward the traditional paraphernalia of masculinity: sweeping tailcoats, drooping ties, canes and walking sticks. They understood these accessories as theatrical props, and as totems conjuring the past, where their meanings must be located.

Others played it clean and avoided color, securing themselves in the conceptual envelope of an evening suit. The actor Richard Madden, all in black, fastened a punctilious safety pin on his lapel, while the singer Frank Ocean wore a nylon Prada anorak that transformed him into a backpack. Elegance is refusal. (At an extreme, as with the designer Nicolas Ghesquière, who arrived with disengaged simplicity, evening wear becomes the basic black work-uniform of the stagehand or event publicist.) The ivory ensemble of Benedict Cumberbatch—white suit, white cravat, white broad-brimmed hat—suggested, in its pure comedy of colonialism, David Bowie playing the lead in “Lawrence of Arabia.” 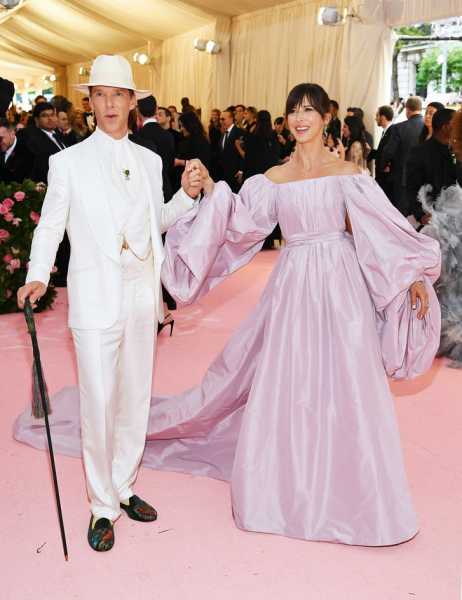 But camp also guides us toward a decadent visual texture—one of dandyism—so another solution to the evening was to upholster oneself, like a fainting couch, in velvet or velour or suède, and/or to sparkle darkly in sequins or synthetics. “Camp is the modern dandyism,” Sontag writes, in note forty-five, which I don’t quite follow. The trickle-down dandyism of Monday night’s carpet relied on pink and green Palm Beach schemes, as in the examples of the rapper Anderson .Paak, the director Baz Luhrmann, and the actor Omari Hardwick. The rigor of Ezra Miller’s dandyism, with the dialogue between a mask of his face, in his hand, and a prosthetic Argus of eyeballs floating around his actual face, earns special distinction. Perhaps most striking was the thrilling tackiness of mass-market American fashion designers. Tommy Hilfiger, amazingly gaudy, just awful in a star-spangled tailcoat, evoked Ralph Lauren as a Dallas Cowboys cheerleader. Michael Kors visibly relished the outré tilt of his top hat, a Seussishly odd accessory. Jeremy Scott, with his harness and ice, like a Kryptonian club kid, looked ready for an averagely tasteful V.M.A.s. Perhaps Sontag could have told us what it meant that designers treated this evening as a kind of Saturnalia, and used it to revel in American cheese.

Situation Outside NYC Hospital as Сoronavirus Cases in US Soar –...