Home Culture The Best Episode of the New “Black Mirror” Is a Princess Tale... 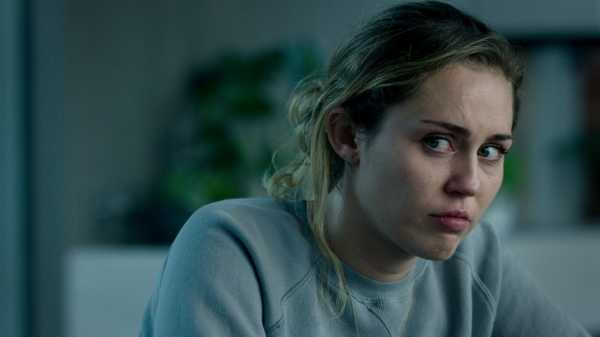 “Rachel, Jack and Ashley Too” is the pick of the litter of the fifth season of “Black Mirror.” The episode, directed by Anne Sewitsky and written by the series’ creator, Charlie Brooker, is a self-aware princess tale in triplicate. With a clarity that excuses its thematic obviousness, it explores a few overlapping visions retailed by the Walt Disney Company, that hegemonic merchant of family values and adolescent fantasies.

Ashley O is an upbeat pop siren in her early twenties who is played vigorously by Miley Cyrus. The pop singer first appears, with violet hair and a dazzling shine to her costume, bopping the lyrics to a chart topper titled “On a Roll.” The lyrics and music are a travesty of “Head Like a Hole,” the breakthrough angst jam of Nine Inch Nails, and they provide the first indication that “Rachel, Jack and Ashley Too” will play like an adventure written by Gen X alt-rockers who are hopeful that they’ll impart their aesthetic and moral values to their tween children. “On a Roll” is arranged to replace the anguish of the original song with trite affirmations and empty empowerment messages. Ashley O, the person behind the public image, has a notebook teeming with material for songs, written in minor keys, that address emotional truths. Despite all her fame, she is still just a rat in a cage, and all that. She is waiting to turn twenty-five, when she will earn a contractual escape from her manager (Susan Pourfar), who is also her aunt, and who has raised Ashley since her parents’ untimely death.

Meanwhile, her handlers maintain her creative stamina by giving her shady medication, a bit like military doctors dosing a fighter pilot with amphetamines or trainers doping a thoroughbred. Ashley’s team has mapped her brain and duplicated every phoneme of her voice in order to manufacture Ashley Too, a gizmo that strongly resembles a pocket-sized version of Eve from “Wall-E.” Cyrus does witty voice work as a robot destined to harness its full technological potential and go rogue. The star’s aura, as an alumna of the Disney Channel, and her racy rebellion against the constraints of its wholesomeness enhances the show’s meaning. Her Disney Channel character, Hannah Montana, was the superstar secret alter ego of an average kid. The episode is cynical of synthetic girl-power pop, but its form is poptimistic, and it motors along smoothly as a sci-fi adventure tale guided by family values. It doesn’t put stock in people who tell kids to have faith in themselves because it suits their own cynical purposes—but it really does want kids to believe in themselves.

Where Ashley O is a kind of Pinocchio dreaming of becoming a real girl, Rachel and Jack Goggins are two sisters awaiting their discovery as princesses. Rachel (Angourie Rice) is a fifteen-year-old whose arrival at a new school only compounds her touching awkwardness. Her sister, Jack (Madison Davenport), adorned with a sneer and a nose ring, exhibits her teen alienation by thrashing on a guitar, in the way of the Pixies and Sonic Youth, bands favored by the girls’ late mother. The pointed absence of mothers from this story abets its qualities as a fairy tale, and the presence of the girls’ father—played by Marc Menchaca, as a cross between an archetypal, doofus-y sitcom dad and a scatterbrained wizard—further enriches its meta mythic critique.

It is no insult to call the episode adolescent. Its makeover montage, in which Ashley Too coaches Rachel through rehearsals for a school talent show, is a key detail of its fond genre parody. “Black Mirror” is at its sharpest in its revisionist considerations of genre, as in “USS Callister,” about a programmer who used his colleagues’ DNA to lock their consciousnesses in a “Star Trek”–type role-playing game. Just like the “USS Callister” dramatized its villain’s sadism in a way that questioned the politics underlying a certain style of adventure narrative, “Rachel, Jack and Ashley Too” tinkers with the tropes of tween tales and talks back to the genre in its own voice and on its own terms. The journey of the story is how to resolve the dystopian tension of the sunniness of “On a Roll” and reprise the Nine Inch Nails song properly. When that moment arrives, in a sequence that is both a narrative coda and an emotional climax, the episode blasts to a gratifying end. Its healthy suspicion of assembly-line entertainment leads to an industrial-rock happy ending.

Depression and suicide risk are side effects of more than 200...

All Public Gatherings With Over 5,000 People in Confined Space Banned...