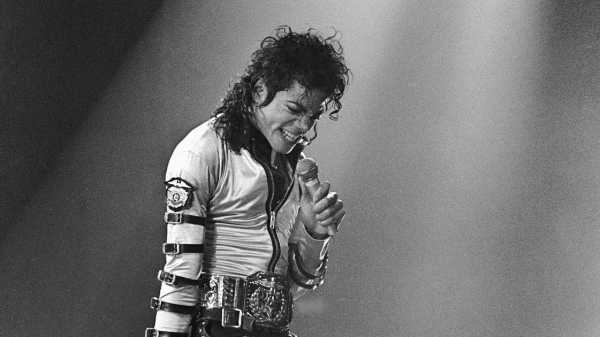 At the time of his death, in June of 2009, Michael Jackson was in the middle of working on an album. The project was to be his first in nearly a decade. “Invincible,” from 2001, had been the subject of a power struggle between Jackson and Thomas (Tommy) Mottola, then the chief executive of Sony Music Group. Jackson had wanted complete ownership of his master recordings; Mottola, he believed, was a despot who exploited black artists’ rights. One can fantasize that, in his new album, Jackson might have discarded the cloak of paranoid indomitability and embraced a fresh brand of self-searching. Instead, there is the reality as we lived it: Jackson dropped dead after a night of rehearsing for an arena tour that shouldn’t have been green-lit given his fragile health; and the scraps of verses and hooks he left behind got bowdlerized into “Michael,” the first posthumous album from Sony and the Jackson estate.

“Michael” was released in December of 2010. Its expensive polish (screaming horns! Lenny Kravitz riffs!) only made more glaring its recombinant qualities, the sense that its vocals had been massaged, dislocated, stretched. It had the bionic schmaltziness of a Jackson album, but it didn’t seem to possess the right blend of the man’s fury and guilelessness. It just sounded off. “This is not a Michael Jackson album,” Jody Rosen wrote in a review in Rolling Stone. He meant that the album wasn’t true to the artist’s spirit, but his appraisal may also have had a more literal meaning. Since Sony first released a snippet of the lead single, “Breaking News,” a month before the album’s release, the authenticity of its vocals, along with those on two other tracks, “Keep Your Head Up” and “Monster,” has come into question. For almost a decade, family members, associates, diehards on Jackson forums, and audiologists have been asking: Are three posthumous songs attributed to the artist actually sung by someone else?

“I KNOW my Uncle’s voice and something’s seriously wrong when you have immediate FAMILY saying it’s not him,” Taryll Jackson, the son of Michael’s brother Tito, wrote, on Twitter, in November of 2010. (What the biological family knew about Jackson, and what he hid from them, is, of course, a fraught subject). To TMZ, La Toya Jackson said, “It doesn’t sound like him.” Fans lingered over the songs’ vibrato, arguing that it was not as sonically pure as Jackson’s. In 2012, TMZ reported that it had learned of the existence of a video chat in which Paris Jackson, Michael’s daughter, told friends that an impersonator had been hired to perform some of Jackson’s unreleased tracks. The outlet never produced the video (Paris denied making the claims), but it did name the alleged impersonator: Jason Malachi, who, in 2007, as an unknown singer, had confused even Jackson aficionados with “Mamacita,” a song that featured a virtually perfect rendition of Jackson’s voice. The year prior, Malachi apparently wrote a post on Facebook in which he seemed to admit to singing on “Michael,” but he later removed it, claiming that his account had been hacked.

The forensics reached convoluted new heights in 2014. That year, in California, Vera Serova, a Jackson fan, filed a class-action lawsuit against Sony Music, MJJ Productions (the branch of the estate that handles music licensing and publishing); one of the Jackson estate’s executors, James Branca; Edward Cascio and James Porte, who were co-writers of the three contested songs; and Angelikson Productions, Cascio’s production company. Sony had long maintained that Cascio and Porte had recorded the tracks in question with Jackson in Cascio’s New Jersey home, in 2007. But Serova hired an audiologist to do a peer-reviewed study of the vocals, and the audiologist concluded that Jackson likely wasn’t the singer. Sony hired a musicologist of its own to perform an analysis, which, of course, confirmed the authenticity of the vocals. Howard Weitzman, the estate attorney, got high-profile Jackson acolytes to affirm the veracity of the Cascio songs. The Cascio family appeared on the Oprah show, where they claimed that they were Jackson’s “secret second family.” “I don’t care if you get anyone—they will never be able to duplicate Michael’s voice,” Teddy Riley, the producer who had done the final mix on two of the contested tracks, said. This seemed to contradict a tweet that Riley had made in 2010, in which he said that only “MJ and God knows” the truth.

Jackson impersonators abounded well before Michael Jackson’s death. Footage of vigils outside the Apollo Theater, in Harlem, in the days after his death showed people in Jheri-curl wigs and spangled gloves. Jackson, who would have been sixty years old on Wednesday, also dabbled in some playful trickery of the self; in the legendary “Stark Raving Dad” episode of “The Simpsons,” he lent his speaking voice to Leon Kompowsky, an institutionalized man who believed that he was Jackson, but Kompowsky’s singing on the show was done, with uncanny accuracy, by the sometimes vocal impersonator Kipp Lennon. There are some intra-musician lawsuits that invite us to ask healthy questions about the slipperiness of influence. As Amanda Petrusich wrote on this site, after Lana Del Rey claimed that Radiohead filed a copyright suit against her (Radiohead denied this), there is often an element of absurd subjectivity in these disputes, which are “predicated on interpretive leaps—on sniffing out what a song ‘feels’ like, and whether or not that feel has been repurposed egregiously.”

Still, the allegations in Serova’s lawsuit, which have surfaced again this month, suggest a bizarre and brazen breaching of the perceived contract between a fan and her idol, and, less romantically, of the transaction between consumer and commercial entity. Many outlets erroneously reported, last week, that Sony Music had admitted in court that Jackson did not perform the vocal. In fact, on August 28th, appeals-court judges effectively removed Sony and the Jackson estate from the Serova suit, stating that the parties could not have known whether Jackson had sung on the songs and, therefore, that they had not misled the public. This is not a ruling on the matter of the vocal’s authenticity, which is ongoing. As part of the class-action suit, Serova is suing Cascio, Porte, and Angelikson Productions for fraud.

Artists’ posthumous lives are often the source of dramas of ethics, consent, corruption, and misrepresentation. Each time a vault is opened, or an album is cobbled together from unreleased songs, we are reminded that the artist is a business that, through legal maneuvering, will be made to live on. We recoil from the hologram, who moves so much like the dead icon, not just because the technology is tacky but because it portends a late capitalist dystopia: where even the most inscrutable gifts of the genius—Jackson’s moonwalk, Whitney Houston’s national anthem, Prince’s shadow over the guitar—can be harnessed and then projected through code. The dead artist entertains, but he can’t speak.

I'm no scientist, but, after listening to these three songs on what felt like an interminable loop, searching for signs of the purported ghost singer, I’ve come to suspect that “Monster” and “Keep Your Head Up” were likely predominantly sung by Jackson, even if his verses do sound augmented or padded. But “Breaking News”—I don’t know. The familiar mannerisms are there—the staccato shudder, the violent hiccup—but have they been mixed in overabundance? The song is about fame and the suspicion it breeds, and includes a biting presage of death (“He wanna write my obituary”). The lyrics switch between the first and third person. The performer lands emphatically on the words “Michael Jackson” as they repeat at the top of each stanza, but it sounds awkward every time. Jackson’s voice was never simply his own.

Sales of Vodka in Russia May Drastically Increase Amid Coronavirus Pandemic