Home Culture The Brutality and Tenderness of Nick Cave’s Newsletters | 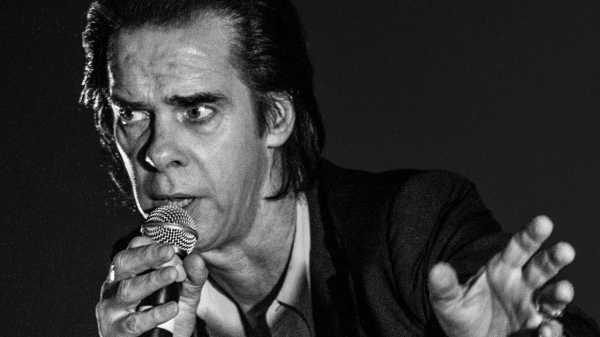 Last week, the Australian musician Nick Cave sent his e-mail subscribers an unusual missive. He made no pressing announcements, nor did he alert his fans about coming tour dates. Named “Issue #6,” the message was part of an ongoing newsletter dubbed The Red Hand Files. It featured an exchange between Cave and a listener named Cynthia, from Shelburne Falls, Vermont. “I have experienced the death of my father, my sister, and my first love in the past few years and feel that I have some communication with them, mostly through dreams,” she wrote. “They are helping me. Are you and Susie feeling that your son Arthur is with you and communicating in some way?”

In 2015, Cave’s fifteen-year-old son, Arthur, died when he accidentally fell from a cliff. At the time, Cave and his band, the Bad Seeds, were deep into conceptualizing their sixteenth album, “Skeleton Tree.” (Before Arthur’s death, they had written the songs but hadn’t fully recorded them.) The transformative weight of this album, released the following year, is propelled in part by Cave’s uncanny writing and his grave, baritone intonation. “You fell from the sky, crash-landed in a field near the River Adur,” he sings in the first line of the album’s opening track, “Jesus Alone.”

“It seems to me, that if we love, we grieve. That’s the deal,” he wrote to Cynthia. “Grief is the terrible reminder of the depths of our love and, like love, grief is non-negotiable. There is a vastness to grief that overwhelms our minuscule selves.” He felt that his son beckoned to him and his wife, the fashion designer Susie Bick, from beyond the grave, too, both in waking and in dreams. Within the inevitable chasm between life and death, Cave noted, something else emerged. “Dread grief trails bright phantoms in its wake,” he continued. “These spirits are ideas, essentially. They are our stunned imaginations reawakening after the calamity. Like ideas, these spirits speak of possibility. Follow your ideas, because on the other side of the idea is change and growth and redemption.”

Aside from his music, Cave’s newsletters seem like the most resonant connection between him and the people who have found a sense of themselves, and of the world, within his sung words. While the artist-fan relationship relies on symbiosis, these nuanced exchanges—communions, really—confront listeners with brutality and tenderness. They cultivate discussion and the radical notion that people can still be good to one another.

After Arthur’s death, Cave stepped away from the spotlight, living as privately as possible. Then, in 2016, he pulled back the curtain on his creative process in “One More Time with Feeling,” a gripping black-and-white film that documented the band’s recording of “Skeleton Tree.” He also turned to face his fans and pass them the microphone. His recent concerts have included an act that involves inviting roughly fifty people onstage to join him in singing, swaying, and collectively reaching heavenward to “push the sky away,” as one song goes. Earlier this year, he embarked on a worldwide speaking tour, “Conversations with Nick Cave,” which revolves around Cave having direct discussions with audiences and playing some of his band’s songs solo on piano.

This openness is at odds with Cave’s reputation as a prickly, wild-eyed, indefatigable bandleader, armed with the verve of a hellfire-spitting preacher. For the better part of forty years, currently with the Bad Seeds and formerly with the volatile post-punkers the Birthday Party, he has forged demented narratives about doomed characters, detailed crises of faith, in God and people alike, and outlined the anxieties that both consume us and remind us that our hearts beat for yet another day. Though he gives himself over completely as a performer, Cave also operates with detachment. A lovesick couplet from “The Boatman’s Call” can seem as though the songwriter plucked the words from your diary, but Cave himself still feels unknowable, at a distance.

Cave’s newsletters both demystify his persona and directly address longtime fan curiosities, such as whether Grinderman, another former band of his, might one day reunite. Jakub, a listener from Łódź, Poland, was featured in the first newsletter exchange, in September. “I would love to know how you feel about your writing now. Did it get easier after what seemed to be quite a challenge around ‘Skeleton Tree’? ” Cave started with good news, telling Jakub that something had “definitely shifted,” and that he felt “intensely connected” to his writing. He then admitted that, for about a year, he had trouble mustering words, owing to the fact that the “centre had collapsed” from his life after the tragedy. He wondered, specifically, why that was. “But what had collapsed? What is at the centre of our lives?” Cave wrote. “In an artist’s case (and perhaps it is the same for everybody) I would say it is a sense of wonder. Creative people in general have an acute propensity for wonder. Great trauma can rob us of this, the ability to be awed by things. . . . So how do we return to our lives—to the awe of existence—and reclaim a sense of wonder?”

The way that Cave writes about his friendships, such as the one with his longtime collaborator Warren Ellis, offers people the space to see themselves and the relationships they make, and what it is about those relationships that can be so enriching. “On some level these collaborations have an intensity to them that can step beyond the limits of friendship—sometimes a creative collaboration is defined by an honesty, a vulnerability and a brutal intensity that a normal friendship cannot contain,” he wrote, in a response to questions about Ellis and about why people “take so long to understand the absence of love.” “Sadly, a consequence of collaboration is that it can, on occasion, wear away at friendship, in the sense that we put so much of ourselves into the creative union that we simply forget to be friends,” he added.

The Red Hand Files will often jump from big ideas to quotidian moments. In “Issue #3,” for instance, Cave marvels at the elusive nature of writing. “Without warning, you find you have taken one line of no consequence and attached it to another line of no consequence and a kind of reverberation begins between the two lines, a throbbing—or as I like to call it, a ‘shimmering’—it is something you can actually see!” he wrote to S., from London. After noting that Cave had been mentioning animals more often in his recent lyrics, Jenn, from Boston, asked if he had any pets. “To answer your question—we have two family dogs,” he said. “A gentle moony dog with sad eyes and cancer called Otis and a psychotic little dachshund called Nosferatu, whose one great enterprise in life is to bite me.”

That’s not to say that all of Cave’s newsletters hit their mark. In this week’s letter, he answered a question about the tangled role that women have played in his songs, and whether, after the #MeToo cultural reckoning of the past year, his songwriting has changed in response. “It feels like time itself serves as a sort of corrective and there are lyrics I wrote back then which I simply wouldn’t write now, just as my younger self would probably look at what I write now and roll his crazed and blood-shot eyes in scorn,” he said. In the letter, Cave recognized that women may be discomfited by his writing but also outlined a questionable stance about gender dynamics, saying that he feels buoyed by having “very little understanding of women at all, [as] they remain deep mysteries containing multitudes.” Although Cave’s transparency in examining his own flawed perspective is welcome, his response falls flat, relying on his professed reverence for women and surface-level generalizations about what is roiling the culture around him.

Still, by referring to these recurring newsletters as “issues” within an ever-expanding file, Cave seems to suggest that the universal questions he addresses have depth and form, and that they can be gathered and studied and revisited. These are conversations that one can always return to, whether they’re tucked away in brains or in-boxes or both. After reading Cave’s letter about grief, a friend and I spoke at length about the gnarled experience of losing someone close to you, and how it can make you feel unfamiliar to yourself long afterward. There’s a myth that one must move on in a linear way after a death; it’s grounding to remember, through these newsletters, that grief is an intangible entity, expanding and contracting, which “occupies the core of our being and extends through our fingers to the limits of the universe,” as Cave put it. “Within that whirling gyre all manner of madnesses exist; ghosts and spirits and dream visitations, and everything else that we, in our anguish, will into existence. These are precious gifts that are as valid and as real as we need them to be.”

Kamala Harris wants public defenders to get paid as much as...

Who would you select in a combined England-Ireland team?