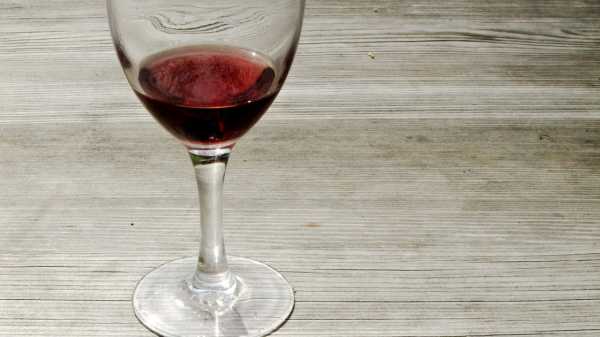 In early September, a hundred and forty-one sommeliers in pressed suits and shined shoes assembled nervously at the Four Seasons Hotel in St. Louis, Missouri. They were there to attempt the most difficult and prestigious test in their industry: the Master Sommelier Exam, a three-part, application-only ordeal that just two hundred and forty-nine individuals worldwide have passed—fewer people than have travelled to space. The test includes a fifty-minute oral theory section, administered in advance, which ninety per cent of people fail; an elaborate assessment of service skills; and a famously challenging blind tasting. Some of this year’s sommeliers had been preparing for the Master exam for fifteen years; others were taking it for the sixth or eighth time. When the results were decided, the chairman of the Court of Master Sommeliers, the nonprofit organization that administers the Master exam, announced, over raised glasses of champagne, that a record twenty-four candidates had passed.

Then, five weeks later, on October 9th, the court made a scandalous revelation: it had been discovered that one of the test’s proctors, a Master Sommelier, had leaked “detailed information” about the blind tasting to an unknown number of examinees. In response, the court’s board had unanimously voted that the leaker would have his Master title revoked. (The person’s identity has been reported by an industry publication but remains unconfirmed by the court.) More controversially, the court also stripped twenty-three of the twenty-four newly anointed Master Sommeliers of their titles, pending a redo of the blind-tasting portion of the test. (One person was spared because he passed the blind-tasting section in 2017.)

The revelation of deceit in fine wine’s most sacrosanct circle has rattled the tight-knit world of sommeliers, who pride themselves on presenting a decorous, unflappable face to those outside their ranks. Sommeliers have entered a period of mourning for their defrocked colleagues. (“Friday tasting group felt a little heavy this morning,” one wrote on Instagram.) The drama has also enthralled those outside wine industry, in part because recent works like the movie “Somm” and the TV series “Uncorked” have exposed a broad audience to the perverse difficulty of the Master exam—psychologically, physically, intellectually—and the masochistic dedication it requires. Like athletes dissecting their winning play after the big game, this year’s class of new Masters gave interviews detailing their strategies for success: twenty to thirty hours of studying per week, coaching from sports psychologists, “mountains of credit-card debt.” Master status comes with the industry’s top bragging rights, plus a hefty raise. (On average, Masters earn double their previous salary.) But for many sommeliers it is an honor imbued with almost spiritual significance—the oenological equivalent of running a marathon, winning an Oscar, and being canonized, all rolled into one. “For some people,” one sommelier told me, “this test is life.”

The court has said that it will reinstate the Master title to those who pass the tasting portion of the test again. Yet, more than the other sections of the exam, blind tasting is a “headfuck,” as one sommelier who’s taken it multiple times told me. No matter how much preparation is done, there is no guarantee that a sommelier who nails it one time will be able to repeat the feat the next. Candidates have twenty-five minutes to describe, analyze, and identify six unmarked, pre-poured glasses of wine. Their performance can be thrown off by elevation, by the time of day, by an errant sip of too-hot tea, by an unlucky lineup that doesn’t play to their personal strengths, or, in this case, by the added pressure of hoping to clear one’s name of any whiff of scandal. “Being asked to retest with your Masters reputation on the line in conjunction with the sheer difficulty of the exam sounds like any wine professional’s nightmare,” Cristie Norman, a certified sommelier, explained in Eater. “It’s more than likely that some, if not most, of the twenty-three will not pass again, but this does not necessarily mean they cheated the first time.”

Nineteen of the twenty-three Masters who had their status revoked have appealed the court’s decision. In a letter, which was obtained by the Chicago Tribune, they demanded an apology and the reinstatement of their titles. (On Facebook, one ex-Master was offered the name of a good attorney.) Exchanges on industry discussion boards usually buzzing with study tips and pairing suggestions have devolved into quarrels over the court’s handling of the misconduct. “An organization that treats its new members like this needs to be seriously overhauled and revamped,” one wine pro said in a discussion forum on the Web site GuildSomm. “If it happened once, how do we know it has not happened before?” another GuildSomm commenter asked, in reference to the cheating.

This is a rare instance of open rebellion against the court, which for more than forty years has been a powerful gatekeeper within the élite world of sommeliers. There is no school you can attend to become a sommelier. Gaining the necessary skills to advance through the court’s certifications—which are not mandatory, but can open doors—is a bit like studying for the MCAT but also a bit like jockeying for a country-club membership: you have to get on the good side of the existing Master Sommeliers, an insular, overwhelmingly male cohort who can provide a leg up to aspiring Masters through mentorship and coaching. (Eighty-four per cent of the Master Sommeliers in the U.S. are male.) Many veterans of Master exams have also found the grading to be perplexingly opaque—those who take the test never receive an exact score, for instance, leaving them to wonder whether they flubbed the theory section by two points or twenty. A once-aspiring Master Sommelier who attempted the exam and flunked the service portion told me that she was informed by the judges that she failed because her demeanor seemed different from usual, even though none of the judges had ever seen her work in a dining room before. For some, the cheating debacle has inspired broader questions about the court’s outsized control over the lives of sommeliers. “It’s good this has been exposed because there is so much exclusivity,” one person who has taken the Master Sommelier exam told me. “It’s wine, not saving lives. Why is it harder to become a Master Sommelier than a doctor?”

Several younger sommeliers who have worked toward court certification told me that the cheating debacle has rattled their trust in the organization. They wonder whether the indiscretion has irrevocably tainted the court, whether they should endure the pain of studying if a fairly earned diploma can suddenly be revoked. (Still, none was willing to criticize the court on the record.) Among the twenty-three Master Sommeliers who’ve lost their titles, some intend to reconvene their study groups, uncork fresh bottles, and resume their rigorous blind-tasting training as soon as possible. One of them, Vincent Morrow, wrote on GuildSomm that he is worried about having lost a month of preparation, and about the fresh expense of buying practice wines, which cost him seven thousand dollars ahead of the September exam. But, he added, “I’m not opposed to a retake; I plan to do it immediately—I want my name cleared, and I wish a complete investigation and the cheaters coming forward would do it for me.” Not all feel so optimistic. “I will probably be one of the candidates who will not retake the exam,” one of the demoted Masters told the wine-news site SevenFifty Daily. “I want to find a different industry to work in. I want this to be over.”

‘Goldilocks Stars’: Best Planets for Aliens Have Been Identified by Astronomers

Schools fret as teens take to vaping, even in classrooms