Home Culture The Classics Scholar Redefining What Twitter Can Do | 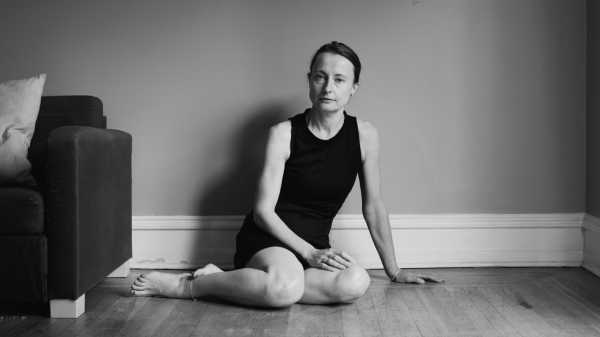 On March 8th, International Women’s Day, when McDonald’s flipped its arches and Vladimir Putin expressed “our enchantment” with women’s “beauty and tenderness,” Emily Wilson, the classics scholar and translator of Homer, spent part of the day on Twitter. In sentences whose measured clauses stood out in the cascade of blurted takes, she wrote:

I am thinking today, as often, about the slave women in the Odyssey, the ones who sleep with the suitors, who have been claimed by the wrong owners, who have the wrong memories. For Odysseus to claim back all power over his household, they need to be eliminated.

In the ensuing tweetstorm, Wilson discussed one of the most casually brutal passages in Homer, when Telemachus, Odysseus’ son, acting at his father’s command, executes twelve slave women who slept with the suitors vying to marry Penelope, the queen, during Odysseus’ long absence. Wilson has not been shy about calling out prior translators of the poem, dead and alive. “Many translations import misogynistic language when it isn't there in the Greek,” she wrote. “In [Robert] Fagles’ best-selling version, ‘You sluts — the suitors’ whores!’ [Stanley] Lombardo: ‘Sluts’. [Richmond] Lattimore: ‘Creatures’. [Robert] Fitzgerald: ‘Sluts’. [Alexander] Pope’s is the best: ‘nightly prostitutes to shame’.”

I am told that among professional classicists this kind of thing is considered a faux pas, and Wilson is in some circles regarded warily. But the thread continued, its trenchant analysis of language and gender now focussed on the simile, about birds, that Homer uses to describe the mass execution. “I refuse to grant these girls a clean death,” Telemachus proclaims, in Wilson’s translation:

At that, he wound a piece of sailor’s rope
round the rotunda and round the mighty pillar,
stretched up so high no foot could touch the ground.
As doves or thrushes spread their wings to fly
home to their nests, but someone sets a trap—
they crash into a net, a bitter bedtime;
just so the girls, their heads all in a row,
were strung up with the noose around their necks
to make their death an agony. They gasped,
feet twitching for a while, but not for long.

“Many translations—by men, and some by women . . . —blame the victims,” Wilson wrote. She cites the Loeb Classical Library edition of the poem, in which the women “held their heads in a row” and passively accept the noose. (Wilson: “The verb echon could suggest either ‘hold’ or ‘have,’ but the translators make the victims collude with their death.”) She believes that Stanley Lombardo’s translation, ironizing the birds’ plight, shields the reader from the women’s pain. But Robert Fagles comes in for the harshest criticism of all. Here, via Wilson, is his translation of the passage, followed by her rejoinder:

The childish half-rhyme, "cozy… grisly", encourages us not to take any of this too seriously. Fagles reads these "whores" or "sluts" (his words) as girls who have partied too hard, hung "in a line", like chorus girls or clubbers on a night out. Fun times!

Fagles, who died in 2008, might have responded that in his translation it was not the girls but their heads that were “trapped,” and not “hung,” in a line. And there’s nothing in Wilson’s version of the passage to suggest the awful “one by one” execution as that “line” is pulled taut. I have minimal standing here—my own days as a classics major cramming for my Homer final are now more than twenty years in the past—but I don’t envision chorus lines or partiers there, and it’s hard for me to see why anyone would. Yet Twitter, as some of us know, is not often a seminar: it’s a knife fight.

Regardless, Wilson’s presence on Twitter is quietly revolutionary, a new kind of experience for readers, poets, translators, and really anyone who likes to watch knowledge take shape in an open format, its seams exposed. Like-minded people sharing their obsessions were the soil in which the larger Internet once grew; those transactions, commercialized and monetized, remade the world, with infinite ramifications downstream, some miraculous, some horrible. But the process of writing—what my kids, when they used to see me at my computer, called “choosing words”—has been mostly non-transactional, contained within the silos of individual imaginations or small communities, like M.F.A. workshops. Writers choose their words, and the choices, once made, are rarely defended, or defended only among fellow-writers as a form of reciprocity. Translation is a little different: the range of choices is narrowed, the criteria for choice more transparent. Any time we see a phrase next to the alternatives that it beat out, we learn something, not merely about literature but about the normally veiled process of selection by which literature, word for word, is constituted.

This makes the art especially suited to having its mechanism unmasked. Wilson is the most prominent translator I know of to have exposed her choices to something like public scrutiny: her prominence, in this instance, really matters, since in Twitter terms it gives her more followers, more potential interlocutors. So far she has been some very human combination of gracious and piqued, with frequent tonal reminders that translation is not a democratic process. She is very much at the head of the table. But she’s there, day in and day out, registering, in full view, the most nuanced reflections on, for example, the ways the Greeks perceived color, the history of describing it, and her own practice in rendering it, “one of many many untranslatable things.” As she put it in a tweet, “I use the word blue sometimes in my translation, even though the Greek kuaneous suggests darkness more than hue.”

Twitter has allowed Wilson to defend her choices, to contextualize them, and, increasingly, to reconsider them. Again, the platform itself seems to be driving this radical reimagining of what a translator does. On March 11th, Wilson posted a screen shot of a page from her translation and the following tweet:

This seems to be the most controversial word choice in my translation. After many hours of soul-searching, I have decided to keep it for now, for the paperback. pic.twitter.com/BauybZ8EpE

The image does not in any way highlight the word. Scanning the passage for candidates, I came upon the likely referent: the word ‘canapés.’ (“A slave girl brought bread and many canapés, a lavish spread.”) It turns out that this choice was flagged as being iffy in an otherwise rave review that appeared in the New York Times. In the thread, Wilson fielded her readers’ opinions: What about “amuse-bouche”? (Wilson: “Doesn’t scan! Also too restaurant-y.”) The Greek, eidata, means something like “small dishes” or “delicacies”—what about “mezze,” one reader suggested? The conversation spiralled out to other words in the passage, other choices, with Wilson returning to a line she’s used before: “Homeric Greek is a mix of dialects from different ages.” It was a striking invocation of an earlier era’s most resplendent verbal technology, the Odyssey itself, to justify a choice made in the age of Twitter. It reminds us that Homer’s poem, too, was a crowd-sourced database of generations of knowledge, customs, set pieces, and legends. To love the poem is to change it.