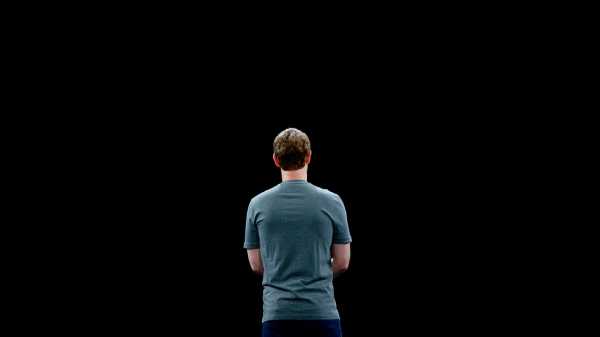 Ten years ago, close observers of Facebook noticed a change in the one-line mission statement that the company circulated on campus and beyond. The network, which had previously limited its scope to the local sphere—“the people around you,” in the language of a tagline the previous year—abruptly moved to reach its arms around the planet. “Facebook gives people the power to share and make the world more open and connected,” the new version said. The scaling up was considerable, a bit like the difference between hosting thirty people for Thanksgiving dinner and trying to feed turkey to the whole world. But for a good long while its promise seemed possible. In 2011, Facebook, along with other social networks, became an enabling technology of the Arab Spring. By 2013, four years after the wider mission statement circulated, the platform’s monthly active users had more than quadrupled. At some point, it was discovered that Mark Zuckerberg, Facebook’s chairman and C.E.O., was going around with the “open and connected” phrase emblazoned on the inside of his hoodie, and who could blame him for that quiet mark of pride? It is one thing to talk about openness and connection, another to make real strides in bringing the world close.

That era, and that dream, just ended. For months, there have been rumors of Facebook preparing a major “pivot” toward messenger services. On Wednesday, in a blog post, Zuckerberg officially called the turn. “I believe the future of communication will increasingly shift to private, encrypted services where people can be confident what they say to each other stays secure,” he wrote. Facebook, from now on, will begin moving away from the sorts of functions that most everyday users associate with it: publishing widely shared posts and visibly cementing contact with friends, passing acquaintances, chatty academics, classmates not contacted in twenty years, and weirdos with a point of view—connections that Zuckerberg cast as the domain of “public social networks.” Instead, he explained in his announcement, the company would present a “simpler platform” oriented toward sharing information privately with designated recipients. “Facebook and Instagram have helped people connect with friends, communities, and interests in the digital equivalent of a town square,” he wrote. “But people increasingly also want to connect privately in the digital equivalent of the living room.”

The turn marks the company’s largest mission change in a decade, strategically on scale with I.B.M. announcing, in 2005, that it would stop selling personal computers. But the Facebook shift is far more influential, because, unlike I.B.M.’s home tech, the network has been used by sixty-eight per cent of adults in the United States. Zuckerberg envisioned bringing Facebook’s messaging service together with those of Instagram and WhatsApp, which it also owns, creating a single point-to-point communications network largely hidden from public view. Under this new model, the value and defining use of Facebook would be the online infrastructure that it has assembled, not the stage that it provides. Zuckerberg emphasized the new “private” platform’s potential for commerce. “You can imagine many simple experiences,” he wrote. “A person discovers a business on Instagram and easily transitions to their preferred messaging app for secure payments and customer support.”

The reasons for the change of emphasis are clear enough. Over the past year, Facebook has been subject to an almost uncountable number of scandals—some small, some enormous, some internal, and others terrifyingly close to the foundations of American democracy. Most have stemmed from privacy, whether because users thought they had more of it than they did or simply because, by virtue of spreading privately created information to a vast public, Facebook entered posterior-first into the broadcast sphere. Wednesday’s announcement showed a company eager to get out of the information game and more directly into the transaction game—to do openly, in other words, what it’s been doing obliquely for years.

By some measures, that shift is welcome news. Facebook’s unholy brew of information and commerce has underlain the platform’s recent trouble. It has also overtaken other industries—most prominently news and publishing—that used to have that tricky intersection to themselves. Facebook’s role as a channel of partisan misinformation has been considerable, if sometimes disproportionately blamed. (A recent Pew survey found that half of Americans get most of their news from TV; only a fifth get it from social media.) It has doubled the damage, too, by co-opting many of the advertising and distribution channels that historically made respectable publishing operations sustainable as businesses. Because Facebook’s algorithms determined who saw what, and because its advertising siphoned off many of the spoils of holding audience attention, the Fourth Estate has spent the past decade under the platform’s yoke. It is not yet clear how Living Room Facebook will affect this dynamic—mostly because it’s not yet clear exactly how Living Room Facebook will work—but there is reason for mild hope. A social platform that is more like texting and less like browsing is harder to mistake for the newsstand.

Zuckerberg’s post, which was, especially for Zuckerberg, long, took pains to sell the idea that a turn toward private communication was a turn toward privacy itself. “End-to-end encryption is an important tool in developing a privacy-focused social network,” he wrote. “It limits services like ours from seeing the content flowing through them.” The other side of this coin, of course, is that the nature of the network itself grows intrinsically less transparent—a modest gain for users but a major one for Facebook, whose shady doings and usage patterns came to light largely through the fishbowl nature of the platform. Zuckerberg lamented what he called the “permanence problem”: the knowledge that what is on the Internet usually stays on the Internet. He instead imagined the future of Facebook as being something like the past of Snapchat: materials could automatically vanish after a fixed period. We are all nude-selfie-sharing teens now, sending short-lived private missives to specific individuals across the world network and hoping for the best. This used to be called mail.

The odd thing about Facebook’s new vision for the future, in fact, is how old it seems—how much it’s a backpedalling from the curious adventure of the past ten years. As I’ve mentioned in the magazine, I happen to have been around during Facebook’s first days, at Harvard (founding slogan: “Thefacebook is an online directory that connects people through social networks at colleges”), and what I remember of the platform then was its cozy, clannish, inside-joke smallness. It seemed fun—and safe—precisely because it wasn’t a true social network, like MySpace or Friendster at the time. It was private; it was woven into real, near life. You could post your favorite music to project the coolness you mysteriously failed to conjure while studying your chemistry books in the dorm cafeteria. You could “poke” someone as a follow-up to a vaguely flirtatious conversation before class.

That is what we needed as callow nineteen-year-olds trying to cling together, and to the familiar, in an imperious and (to many of us) disconcertingly élite place. It’s the opposite of an unguent for what ails the world today. Looking out across a global society filled with people getting headlines from like-minded friends, chanting slogans to their personal tribes, and watching last year’s Netflix series on their laptops in the dark, it is hard to make the case that our most urgent need is further private channelling. Facebook may have failed as a town square, but all of us, its users, still need ours. In many ways that matter, we’re more desperate for open connection today than we’ve ever been before.

On Karl Marx’s 202nd Birthday, Coronavirus Shows Us That There Is...