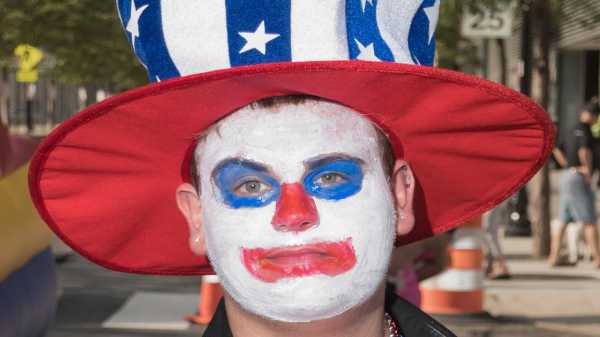 An old man proceeds across an empty lawn on a tricycle outfitted with an oversized American flag, as if he’s the mascot in a one-man parade. Another flag is hand-painted on a square of canvas and propped in a window, its stars and stripes smudged by rain or heat. The flags decorating a crinkled fast-food wrapper are blotted with ketchup and the mangled remains of some fried chicken.

These are just a few of the makeshift gestures of American patriotism that the New York-based photographer Chris Maggio collects and dissects in his sly series “Bored on the 4th of July,” which he shot last summer, often in the suburbs, and mostly on trips around the Northeast. He has said that he was interested in creating imagery that channelled “the confusion and polarisation of a country where everyone has a differing opinion of what it means to be an upstanding American.” 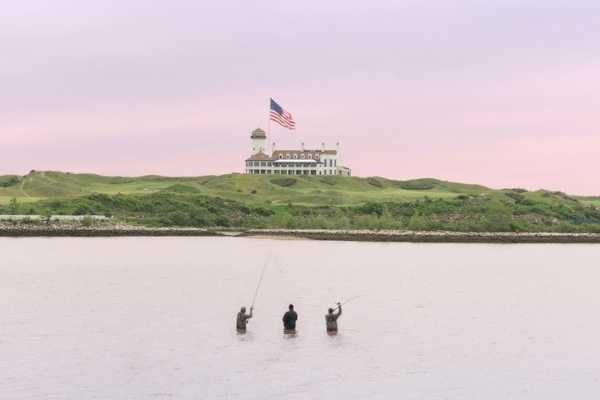 Maggio, a Long Island native, often makes works that play with the signs and symbols of Americana—Christmas trees, the Statue of Liberty, quirky sculptural iterations of the American flag. In “Bored on the 4th of July,” he uses a flat, snapshot style that makes his subjects look equal parts lurid and lonely. An ad trailing behind an airplane tempts beachgoers with Domino’s pizza, but only one sunburned man is in the frame to see it. An air conditioner plopped onto an overturned plastic bin is pumping cold air through the mesh window of a camping tent, but it’s not clear whether anyone is inside.

Here and in many images, with sneaky visual wit, Maggio hunts for unlikely combinations of the colors red, white, and blue, as if they were a code that might unlock some passage into the American psyche. He finds them on a dumpster labelled “diapers only,” on a TV showing a Fox News report on the “myth” of climate change, and on the bright vinyl exteriors of a chair lift bearing a solitary white-haired man in one of its chairs. He has said that he is drawn to “imagery that often appears cheerful, but has a kind of doomed, sinister patina.” 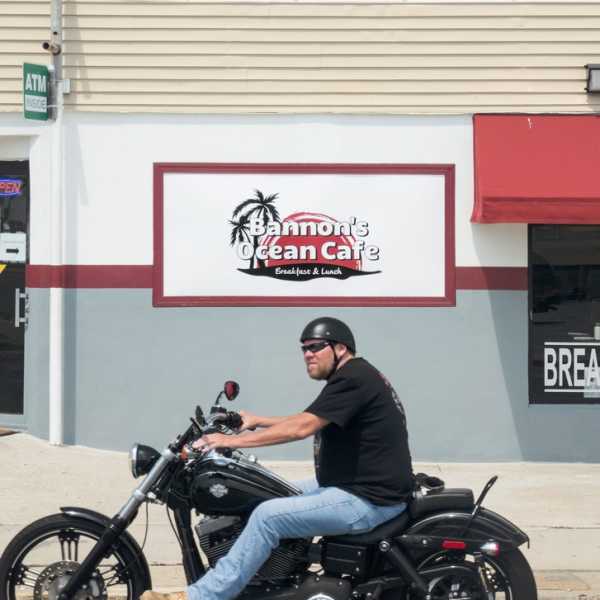 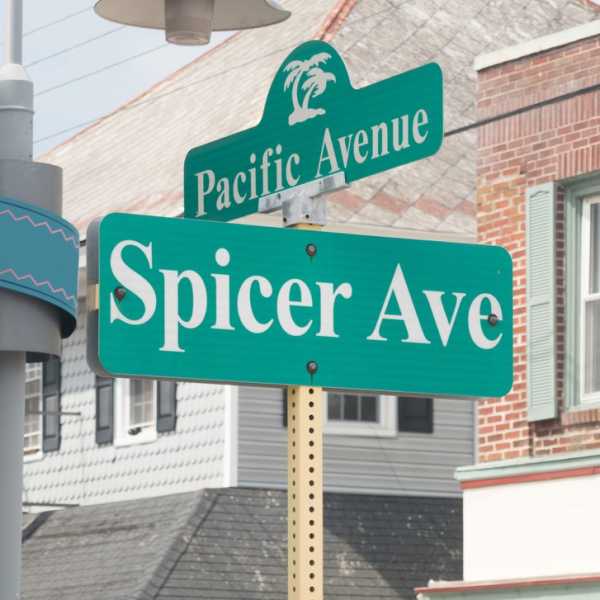 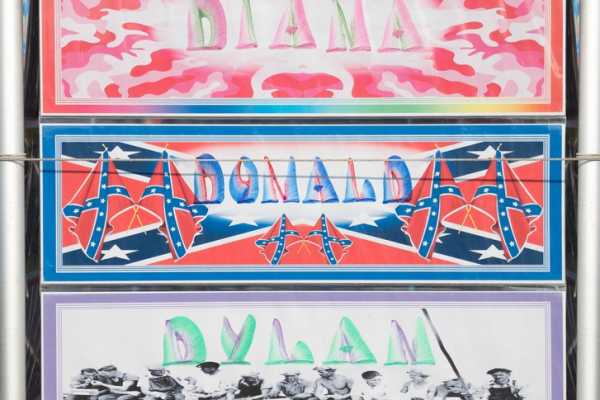 Not all of the scenes in “Bored on the 4th of July” were found in the wild, exactly. Some are documentary photographs; others were staged or exaggerated, to get a desired effect. Is a kitsch painted nameplate, bearing the name Donald and decorated with Confederate flags, real or imagined? The point is that Maggio’s off-kilter portrait of American iconography is shadowed, like the country at large, by the reality of an Administration that has curdled patriotic values into hatred and fear. 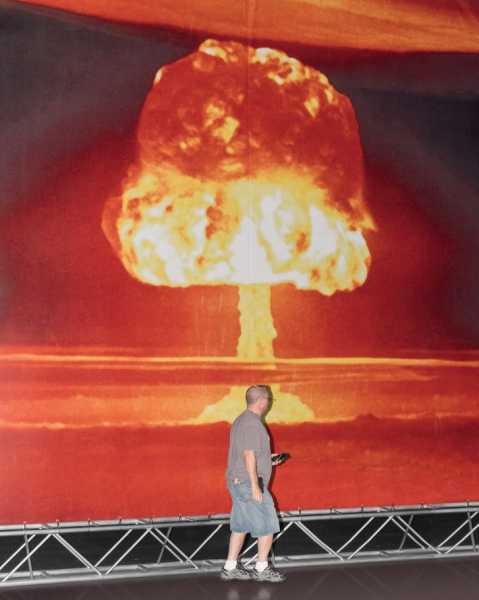 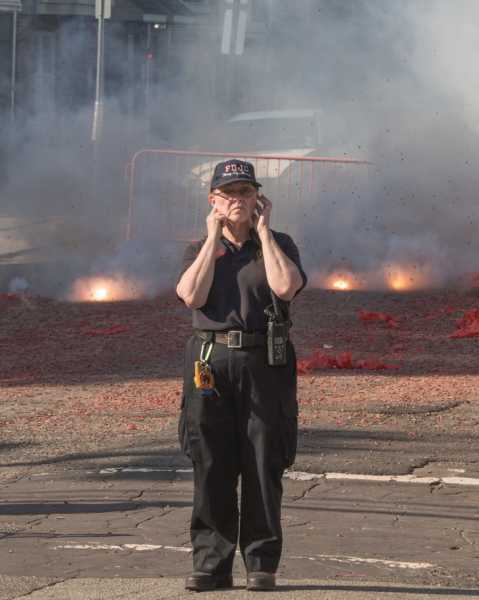 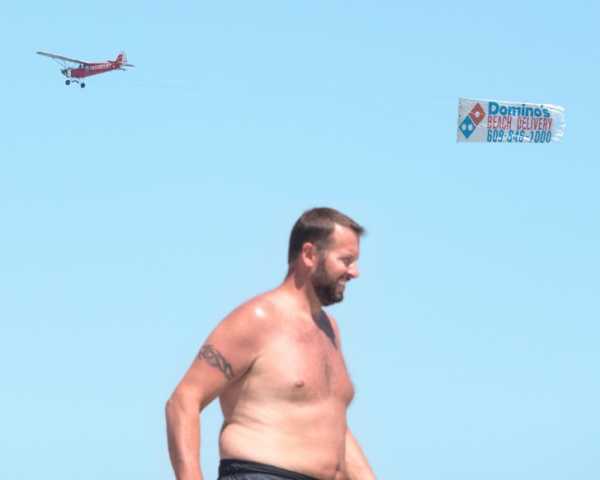 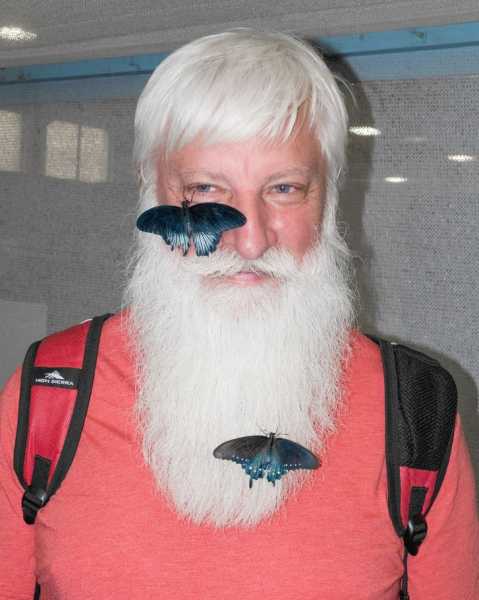 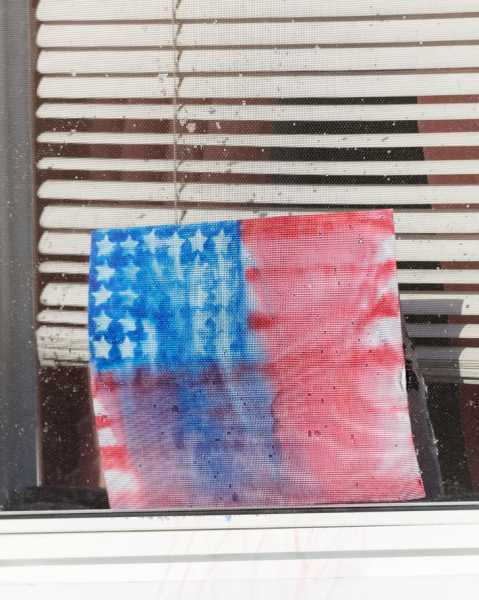 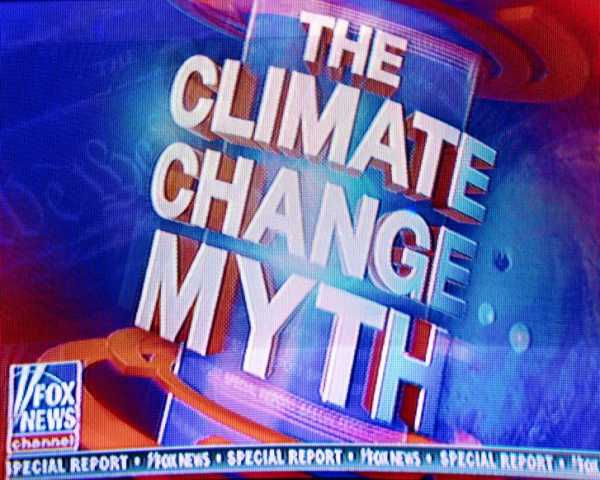 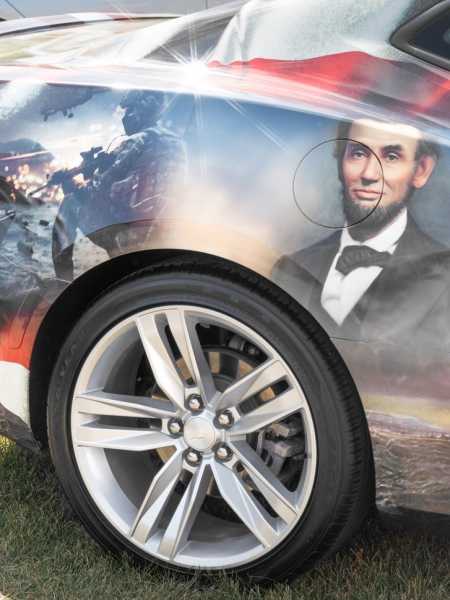 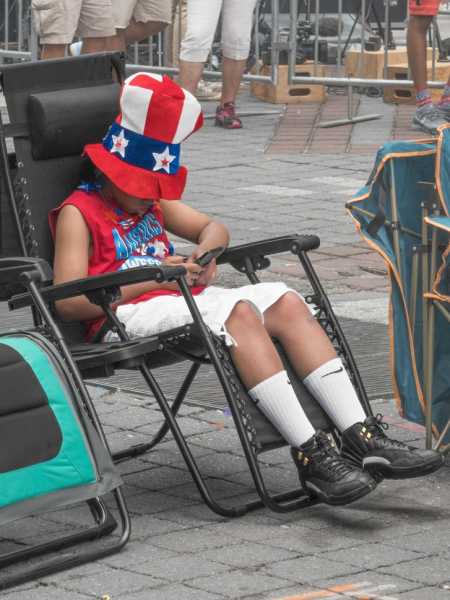 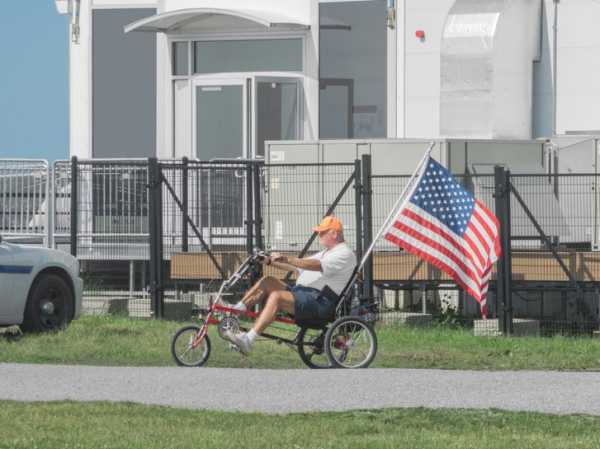 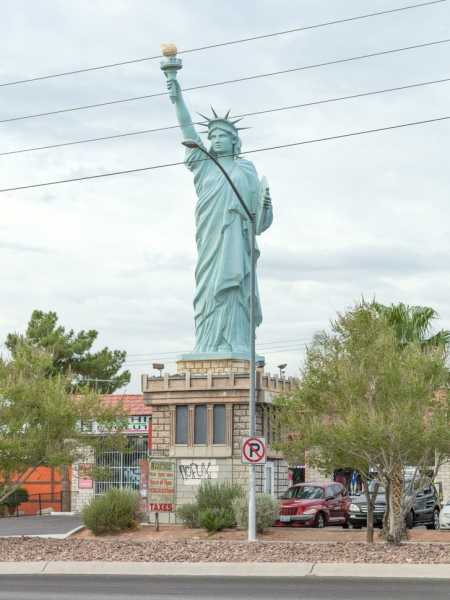 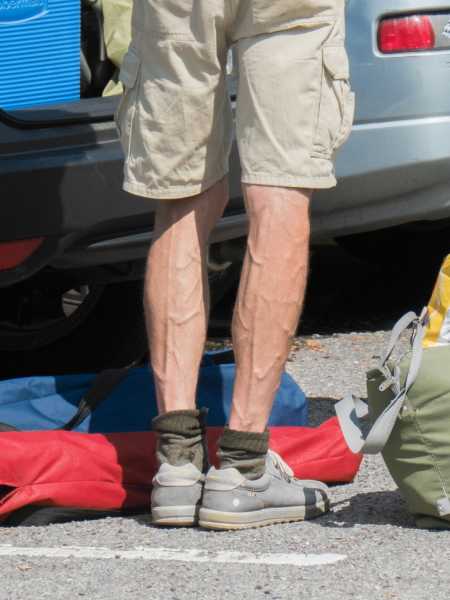 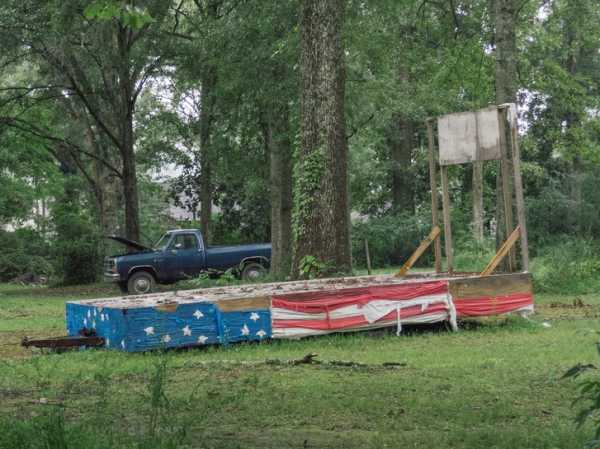 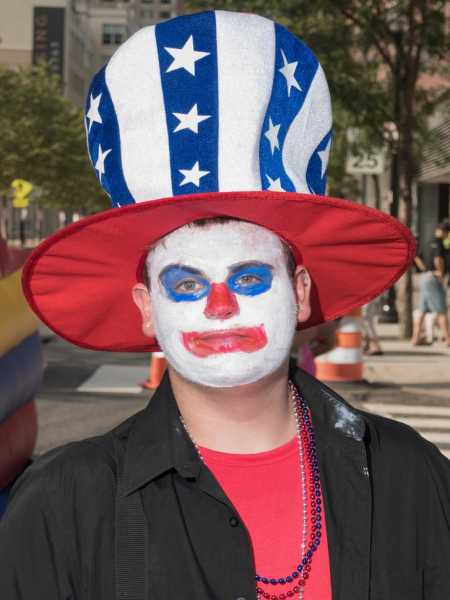 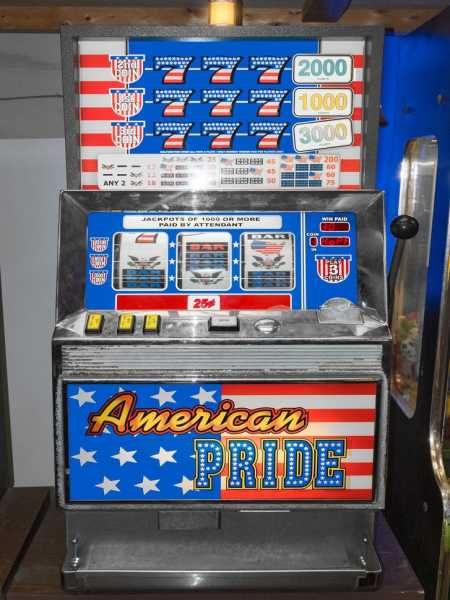 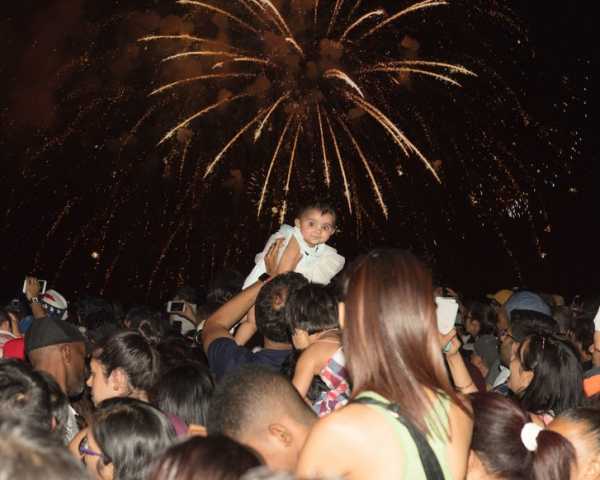 The very best from the World Matchplay Darts in Blackpool