Home Culture The Decline of Yelling | 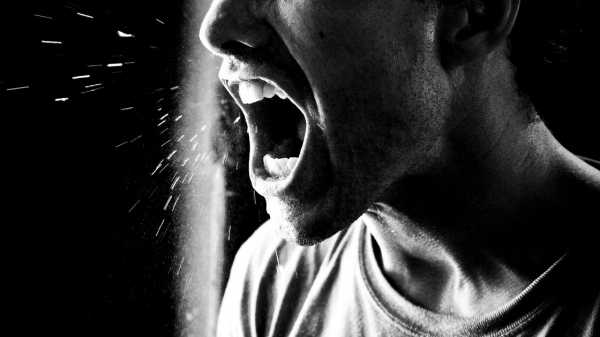 A few weeks ago, a short clip of a state senator named Katie Muth, a Democrat from Montgomery County, Pennsylvania, began bouncing around Twitter. It showed Muth, who is thirty-five, reading an impassioned and thoughtful letter from John Boyd, a formerly homeless man who was concerned about the pending eradication of a cash-assistance program for the poor. For more than three minutes, Muth was hollered over by the state Republican Majority Leader, Jake Corman, and a cabal of his male supporters, who believed that Lieutenant Governor John Fetterman, a Democrat, was thwarting the rules of order by allowing Muth to speak in that moment. (He was.) Corman stabbed the air with his finger and pounded on his lectern. “Go to the vote like you’re supposed to!” he screamed. The volume and pitch of his voice, now shredded with rage, was terrifying. The dynamic of the exchange—his outsized enmity, her calmness in the face of a tantrum—seemed to encapsulate something troubling about gender relations in American politics. Muth held steady. Her composure earned her accolades: “Keep persisting,” Elizabeth Warren tweeted. Senator Muth “won’t be silenced from speaking truth,” Kamala Harris wrote.

Online, the many horrified reactions to the clip only crystallized how younger Americans appear to feel about yelling in general—namely, that it’s no longer a signifier of dominance, power, or authority but, instead, a mortifying and old-fashioned display of toxic masculinity. What was once associated with a degree of toughness or vigor, and perhaps suggested some hard-earned power—a boss might yell, or a military general—is now considered aggressive and domineering, an odious side effect of hubris and privilege. People who lose control and start screaming are received only with consternation and embarrassment. It is simply not something a serious person should do.

Part of this change surely has to do with a broader shift away from behavior that reinforces abusive and overtly patriarchal structures: while there’s no empirical evidence to suggest that men actually yell any more than women, a man yelling is, almost without exception, a more physically and psychically threatening experience. And it feels reasonable to attribute another part of the change to a shift in generational temperament, facilitated, perhaps, by the rise of online culture—now there’s less need for anyone to raise his actual voice, because it is incredibly easy to be cruel, bullying, and disruptive via typing alone.

I almost always feel worse when I yell, which is not often, and almost never in public. But, like any American who reads the news or attempts to drive up and down the East Coast on the July 4th weekend, there are moments in which I briefly lose my cool and start hollering like a maniac. It can seem, as it is happening, like a thrilling and potent way to externalize some inner turmoil and indicate my boundless strength. Yet I have not found it to be an effective method of stress relief, and I usually feel stupid afterward. If, God forbid, I catch a glimpse of myself as it is happening—face flushed, eyes flashing, mouth curled into an awful little snarl—I recoil in embarrassment.

In the nineteen-seventies, the American psychologist Arthur Janov published “The Primal Scream,” a wildly popular (and later broadly derided) self-help book that suggested that reliving childhood traumas—and screaming through them—could free a person from his neuroses. In 1971, Janov told reporters, “In the future, there will be no need for a field called psychology,” because primal therapy would cure “80 per cent of all ailments.” Janov was not quite as prescient a thinker as he’d hoped, but the idea that yelling is a pretty good way of relieving tension has endured. (Amazon even sells a scream pillow with instructions printed on the front: “Place face in center and scream!”) Yet there’s more evidence that yelling is actually not very healthy at all. It stresses the nervous system, which triggers an inflammatory immune response, which can lead to all sorts of other bad stuff.

It’s also not terrific for the person being yelled at. The brain processes screaming differently than other auditory stimuli. A 2015 paper published in Current Biology studied how screams—or any noise that results “from the bifurcation of regular phonation to a chaotic regime,” thereby making it “particularly difficult to predict and ignore”—occupy “a privileged acoustic niche,” neurologically distinct from other communication signals. It’s that niche—what scientists refer to as “roughness,” or a modulation rate between about thirty and a hundred and fifty hertz—that makes a scream (or, incidentally, a baby’s cry, or an ambulance’s siren) cut through all other stimuli, regardless of relative volume. Physically, it’s nearly impossible for a human being not to be deeply and instinctively alarmed by yelling. It makes sense, then, that in an era already defined by boundless stress—and to a generation that normalized the term “microaggression”—yelling has been recategorized as unacceptable behavior.

I recently spoke to Drew Ramsey, a psychiatrist and assistant clinical professor of psychiatry at Columbia University, about how his younger patients metabolize anger instead. “We have a generation coming up where yelling is really not a very acceptable way of expressing yourself,” he said. His observation felt true to my experience, too. In the decade I’ve spent teaching undergraduates, I’ve found myself heartened by how tolerant, kind, and open-minded most of my students are, despite the fact that they have plenty to be angry about; even during heated or contentious class discussions, they rarely raise their voices, and almost never in an overtly aggressive way. It’s not that they’re apathetic or even dispassionate—it’s that they think of yelling as something done by disgruntled dads in family movies from the nineteen-eighties. To redden and blow is to lose one’s grip on reality—the act of yelling is either played for laughs or it’s indicative of some pathological fissure.

It’s not so much that anger itself has gone out of style but that the socially acceptable ways of channeling and expressing rage have radically changed. “It gets framed, maybe, that younger generations aren’t yelling because they’re not opinionated but it’s because they’ve figured out it’s not a very effective way of communicating,” Ramsey said. “For them, the value in anger and aggression has not yet been untied from toxic masculinity. I tell my patients that anger, like anxiety, can be a very important and useful emotion when harnessed correctly. Often, we get to the most onerous, blistering, radical truth about something when we’re angry. But, over all, there is a more reserved and muted sense of emotional expressivity,” he continued. “I think if you’re a young man in America, the notion that you’re going to yell in anger is hugely conflictual and no longer acceptable, and potentially will get you medicated.” He also pointed out that overexposure to frantic energy has made people wary of indulging it in their personal lives. “Over the last, say, five years, there’s been so much anxiety and stress in the media. Internally, there’s no desire for any more conflict,” he said. “Finding solace of the self requires a muted response these days. Imagine what younger people are up against, in terms of finding their way,” he added. “I hear people being much more reflective. They’ve been raised on words like ‘inclusivity’ and ‘community’ and ‘organic.’ ”

Of course, I’ll admit that there are moments where profound anger—and the wild-eyed huffing and puffing it produces—can be briefly beautiful. I think of the most explosive arguments that I’ve got into with the people that I’ve cared about the most—when love and its demands made me raw, nearly feral, and I knew, even as the yelling was happening, that I would never be that honest or that vulnerable again. I think, too, of the ending of “Moby-Dick,” in which a broken Captain Ahab, frothing with vengefulness, spots the white whale he’s been hunting, and begins to scream. Ishmael, who narrates the book, already understood Ahab’s rage as treacherous: “Ahab never thinks; he only feels, feels, feels; that’s tingling enough for mortal man! to think’s audacity. God only has that right and privilege.” But Ahab is subsumed by his anger, and he won’t give up, even in death (classic-literature spoiler alert!): “Towards thee I roll, thou all-destroying but unconquering whale; to the last I grapple with thee; from hell’s heart I stab at thee; for hate’s sake I spit my last breath at thee.” And with that Ahab, and most of his men, are swallowed up by the sea, screaming as they tumble into the roiling surf. It is a gorgeous and pitiful end.

No one knows what Joe Biden thinks about health care

Time for clubs to move on from the old generation of...

China to Defend Trade Interests in Tariff Row with US