Home Culture The Enduring Allure of the Personality Quiz | 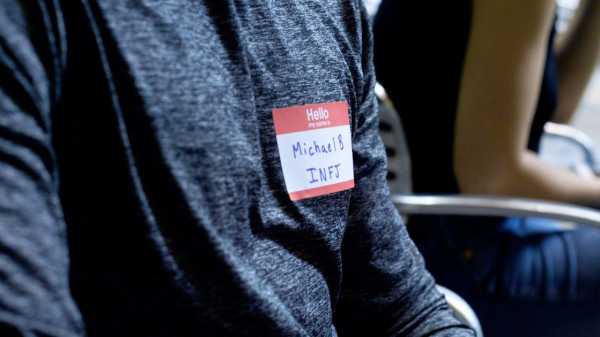 It was around the year 400 B.C. when the Greek physician Hippocrates first tried to break humanity into “types”: the sanguine ones were hearty, governed by blood; the melancholic ones were of the earth, filled with black bile, colder and clearer-headed than their blood-fuelled brethren; for the choleric ones, the bile was yellow, resulting in a fiery volatility; the phlegmatic ones were of the water, brainy and rational. A scholar, depending on his age, was likely melancholic or phlegmatic. A lover or adventurer was probably sanguine; a bad-tempered rebel rouser, choleric. The model allowed for ease of explanation and categorization: instead of talking about individuals as such, it was possible to lump them according to temperament, and to explain the behaviors of entire groups at the same time. And if you knew how to classify yourself, of course, you could explain your own feelings and actions.

We’ve progressed well beyond the four humors in the two thousand-odd years since Hippocrates, but we still haven’t satisfied the urge to discover ways of sorting people into personalities and types and, in so doing, predict how they might act in specific situations. During the First World War, psychologists, led by Robert Woodworth, tried to systematize that urge, asking would-be soldiers to answer a series of questions to see how battle-worthy—or, conversely, how prone to mental problems and conditions like “shell shock”—they would be. The results proved popular enough to fuel a host of other self-assessment measures in the scientific community—and, inevitably, to spill over into popular culture.

In this installment of our “Annals of Obsession” video series, we dive into the history and validity of personality assessments, from the less-known measures used by psychologists to those that have captured the popular psyche and spearheaded a cottage industry of personality testing and prediction. Chief among these is the ever-popular Myers-Briggs, created by a mother-daughter duo without any experimental training. Do these measures capture anything meaningful—and do they in any way answer the greater goal of personality assessment to, in the words of the psychologists Yossef S. Ben-Porath and James Butcher, “understand and predict the behavior of both friends and foes”? Do they tell us anything real about ourselves? And what is it about the human mind that leads us to keep seeking them out, in era after era and society after society, endlessly striving to organize the people around us into “types” that may, or so we hope, help explain them all?

The full line-up for the Liam Miller tribute match has been...

We had to take it to them, says England coach Jones...