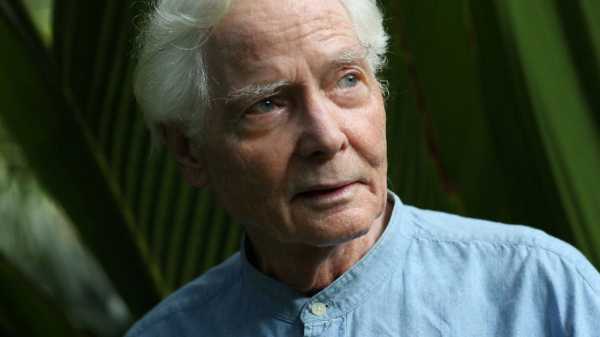 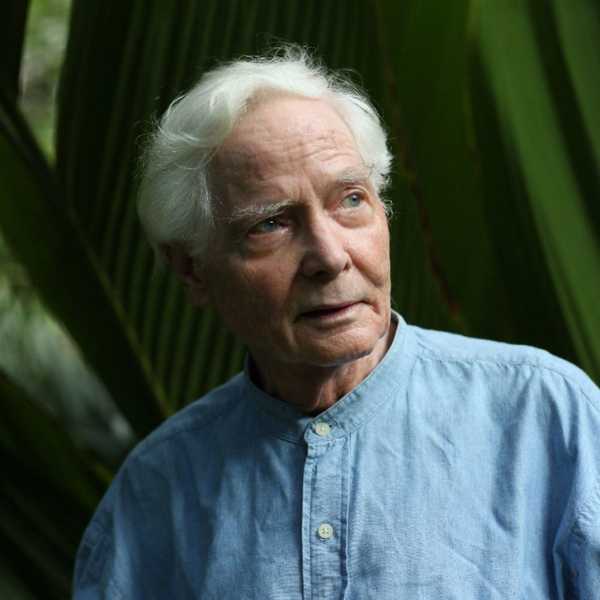 The poems of Merwin’s mature career seemed to have been delivered unto him, then transcribed by lightning flash.

Now we know the date. The anniversary of W. S. Merwin’s death was, all along, March 15th. He’d passed it ninety-one times and stopped on the ninety-second. But what did it matter, really, which of the three hundred and sixty-five notches on the roulette wheel would turn up as the winner? Here is “For the Anniversary of My Death,” among Merwin’s most famous poems:

This little anticipatory poem has its way with time: it describes what Merwin imagines will have happened on March 15, 2019, but it is dedicated to, and reserved for, every March 15th thereafter. It’s a script for a commemorative ceremony, a eulogy banked years before its occasion. It also feels like a prank that Merwin played on us, the most chilling and ingenious trick that an American poet has played on his survivors since Walt Whitman challenged the rest of us to look for him, whenever we missed him, under our boot soles.

“For the Anniversary of My Death” is about the problem of being outlived. “Elegy,” Merwin’s great single-line poem—not the greatest short poem, but perhaps the shortest great poem, ever written—is about the converse problem, that of outliving. This is the poem in its entirety:

Who would I show it to

Poets write elegies, often, for other poets, but there is a paradox: the very figure whose sympathetic attention to their work allowed the work to flourish is now gone. An elegy can’t exist when its sponsor has become its subject. And yet the poem seems to answer, by a somewhat piqued rhetorical question, its subject’s request: Why haven’t you written my elegy?

Merwin was born in 1927, and grew up in Union City, New Jersey, and Scranton, Pennsylvania, where his father was a Presbyterian minister. The young Merwin composed hymns for his father’s church. A scholarship student at Princeton, he remembered working in the horse stables and apprenticing himself to R. P. Blackmur, the brilliant, gnomic critic, and to Blackmur’s friend, the poet John Berryman. His early poems were ominous, high-pitched, and starchy; when he broke with them, he broke for good. The poems of his mature career were often Delphic, haunted, and bleak. They seemed to have been delivered unto Merwin, who transcribed them by lightning flash: this effect of transcribed prophecy is achieved by their almost total lack of punctuation. This is how the jet stream must speak—or how a cleft in the bedrock might introduce itself. We have come very far from hardscrabble Pennsylvania or Merwin’s work-study job at Princeton. His several volumes of memoirs are extraordinarily warm, an interesting supplement to the stony verse. He lived, since the mid-seventies, on an abandoned pineapple plantation, in Hawaii, which he bought barren and turned, row upon row, into a lush forest of palm trees. Friends who have visited have come back changed.

Merwin published an excellent selected volume in 2017, which I reviewed in this magazine. I was finishing it up when I heard of the death of John Ashbery, who was born in the same year as Merwin. I remember thinking that Ashbery, in his bland, white high-rise in Chelsea, and Merwin, in his palm garden in Hawaii, were like the gates of the rising and the setting sun. American sentries: Ashbery faced east (his actual apartment faced slightly west; just go with it), and kept an eye on reality as it approached, always monitoring its fresh and new and bewildering presentations; Merwin looked west, and saw the moments as they bent toward obliteration, casting their long shadows backward. We’ll be in his shadow for some time yet.

Cover Your Tracks: Apple Internal Memo About Leaks Gets Leaked