Home Culture “The First,” Reviewed: Sean Penn’s Mission to Mars Is Futurism with a... 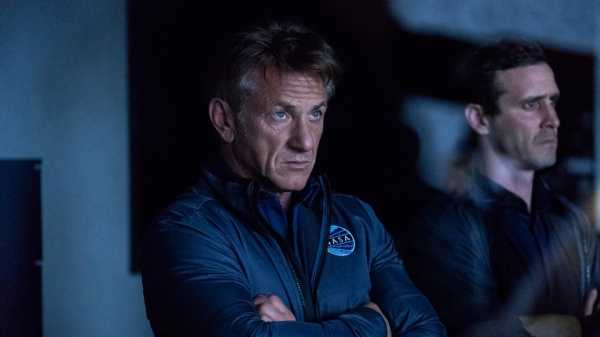 On “The First” (Hulu), the story of a spaceship bound for Mars becomes a vehicle for interlaced sagas about personal struggle and professional striving. Downbeat but uplifting, the series is less a sci-fi thriller than a character study. Like its star—Sean Penn, who here does a lot of muscular brooding—the show promises solemn rumination, and more often achieves an earnest heaviosity. Ponderous gestures decorate its edges. Over the millennia, cicadas have filled many various roles as literary symbols; here, they shed their juvenile exoskeleton in service of a muddled visual metaphor, accompanied by the portentously opaque remarks of an occasional narrator.

The series, which begins in the early twenty-thirties, prophesies that the next fifteen years will witness significant advances in the efficacy of voice-activated technology and the non-ugliness of smart glasses, although these gizmos will not compensate for the death of the earth having proceeded apace. Otherwise, the world of “The First” is indistinguishable from ours. The gentleness of the show’s futurism indicates a nostalgic bent.

In the first episode, a rocket destined for the red planet explodes just after liftoff, killing five astronauts. (In a flamboyant irony, a lucky coin jangles loose and pierces the ship like a bullet as the booster rocket detaches.) The original commander of the mission, Tom Hagerty (Penn), was not aboard, owing to family complications. His wife (Melissa George) had recently died; beneath their living quarters, the storefront where she maintained a tattoo parlor remains a monument to his inability to move forward, with its drop cloths and thick dust and residue of regrets. His daughter (Anna Jacoby-Heron) is a recovering drug addict hopeful of transforming the shop into her artist’s studio. His dog, named Apollo, is loyal. After the catastrophe, Hagerty’s first mission is to comfort the families of his dead colleagues; his second is to convince the United States government to subsidize a do-over. “Let me do this my way,” he says, once with words, and all the time with his manner, which is that of a rectitudinous renegade.

On a different kind of show, the C.E.O. of Hagerty’s aerospace company (Natascha McElhone) would be a potentially sinister figure. But “The First,” which is endlessly optimistic about the thrust toward new frontiers, is also idealistic about corporate imperialism, and it deploys her face as a benignly icy mask of an enlightened quest. Even the politicians who threaten to defund this public-private partnership are high-minded. This view of human nature constitutes a departure for the creator of the series, Beau Willimon, from his work on “House of Cards,” with its sensational intrigue and pulp treachery. “The First” depicts people striving to be noble, and, in the depiction, aims to ennoble the viewer, osmotically. Even the power plays have dignified motivation, as when Hagerty’s second-in-command (LisaGay Hamilton) labors to assert herself.

What “The First” does share with “House of Cards” is a sense of outlining an institution. Its energy is procedural. But the show scarcely cares whether the talking points of the political lobbying, or the engineers’ urgent conversations about the return vehicle, or the astronauts’ gasping debates during training drills, amount to mumbo jumbo. The workplace dramatics exist partly as mere trials for inspirational figures to survive, partly as a spur to the sober soap-operatics that play out around kitchen islands and among taupe interiors. An ode to exploration undercut with a vague sense of elegy, “The First” offers escapism in its dream of gaining distant colonies, and introspection in its study of human limits.

‘When Endia Was India’: Pakistan Tech Minister Comes Under Fire For...