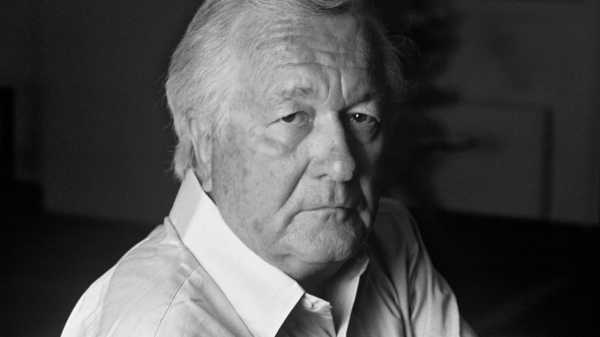 “We’ve just passed through the iron gate that leads into the land of the dead,” the science journalist Pagan Kennedy says at the beginning of the recent podcast “The Great God of Depression.” “My friend Alice Flaherty unfurls a map.” They’re at the gorgeous Mount Auburn Cemetery, near Boston. Flaherty, a neurologist and writer, is guiding Kennedy to a hidden spot that’s deeply meaningful to her. “Our minds are full of rabbit holes that can send us tumbling into other realities,” Kennedy says. “There are medical names for what happened to Alice back in 1998, but she prefers an old-fashioned word, ‘madness,’ because her delusions seem like they came from a nineteenth-century novel, or a place like this one.” It’s a bit like the beginning of a dark, grown-up “Alice in Wonderland,” complete with its own Alice, and the rabbit hole leads to the world of depression.

Kennedy describes herself as a “connoisseur of odd people,” which might be another way of saying “writer,” and writing is almost as much a focus of “The Great God of Depression” as depression is. In five short episodes, the podcast, which is part of Radiotopia’s “Showcase” series, explores the stories of two individuals, Flaherty and the novelist William Styron, along with their depression, its relationship to their writing, and how, eventually, their lives connected.

In 1998, Flaherty, pregnant with twin sons, had a miscarriage. (She buried her sons’ ashes at the hidden spot in Mount Auburn.) Shortly after her miscarriage, she plummeted into a state far beyond grief. “I woke up and, all of a sudden, something was incredibly different,” she says. “It was like the sun and moon had switched places in the sky.” Her thoughts were racing, she had strange ideas that she knew weren’t true, and she had an uncontrollable urge to write. When she did, “her own handwriting looked alien to her,” Kennedy says. “The letters were tiny, like the tracks of bugs.” Flaherty was diagnosed with an unusual type of manic-depressive syndrome. She also became obsessed with reading, especially depression memoirs—among them, Styron’s “Darkness Visible,” which in the nineties was a required text for many medical-school students. “Every doctor in the hospital knew Styron, and as a man of stature, but not because he’d had a Pulitzer Prize and not because he wrote the screenplay for ‘Sophie’s Choice,’ ” Flaherty says. “It was because he was the great god of depression.”

By 1998, Styron had become “the most famously depressed man in America.” He had published “Sophie’s Choice,” in 1979, to great acclaim; the 1982 film version won an Oscar for Meryl Streep. (We hear her thanking him in her awards speech.) Styron and his wife, Rose, led a merry, busy social life in a broad circle of left-leaning writers, artists, and politicians, often centered on their summer house on Martha’s Vineyard. But Styron had long been struggling to write an ambitious war novel, and he suffered from writer’s block. We hear audio of him leading a filmmaker around his house in the early eighties, and into a nearby graveyard. “I’ve always been fascinated by graveyards,” he says, looking at the tombstones. “There was an angel of death around here somewhere. I’m going to find him if it kills me.”

In the mid-eighties, Styron’s depression “crept up on him,” and he became suicidal. At the time, the writer and historian Andrew Solomon says, “If you were depressed, it was a terrible dark secret that you hid from the world.” People with any kind of mental illness, Solomon tells us, were considered dangerous, crazy, unreliable, pathetic. The stigma kept people from getting treatment. Styron tried to “white-knuckle” his way through depression, but, in a moment of clarity while listening to Brahms’s “Alto Rhapsody,” he decided to seek help. The next morning, he checked himself into a psych ward at Yale New Haven Hospital, where he eventually recovered.

A second, related moment of clarity for Styron came after Primo Levi, the writer, chemist, and Holocaust survivor, died, by suicide, in 1987. In 1988, while reading about a symposium devoted to Levi and his work, Styron detected “a tinge of disapproval” concerning Levi’s suicide, as if it represented “some puzzling failure of moral strength.” Struck by the insensitivity of this attitude, Styron wrote an op-ed, published in the Times in December, 1988, in which he expressed empathy for Levi and wrote of his own experiences with depression. Its conclusion: Levi “succumbed to a disease that proved to be malignant, and not a shred of moral blame should be attached to the manner of his passing.” A mass outpouring of gratitude and unburdening about depression followed, to the Times and Styron himself. “It’s like the MeToo movement,” Styron’s daughter Alexandra says. “All these people come out of the woodwork and say, ‘Thank God, somebody said it, now I can say it, too.’ ”

Styron then wrote “Darkness Visible”; like “Sophie’s Choice,” it came rushing out of him, without writer’s block. It was also a best-seller. He made the rounds of talk shows and NPR and became a kind of spokesperson for the disease. But when he tried to write his war novel again, he was stuck. Depression eventually returned; he felt that his writing hand was paralyzed, though he was physically capable of writing. That led him to the office of Alice Flaherty, and the rest of the narrative unspools from there.

“The Great God of Depression” focusses on writers’ lives and takes a novelistic approach, but its aesthetic, for better and for worse, is that of a podcast: a heightened sense of intimacy and immersion; lush combinations of music and text; narration that can sound cozy but self-consciously so, sometimes teetering into preciousness. “In the display, her twin fetuses floated through the blackness of herself,” Kennedy says. “They were baking themselves into babies, and they seemed to be doing just fine.” Later, over strumming ukulele: “Ideas can be magical wormholes that connect us to strangers, and within a few years Alice’s life will become intertwined with Styron’s, and she will try to save him.” Though the series takes depression seriously, its fondness for fanciful, old-fashioned terms and images, some of them shared by Styron and Flaherty (“madness,” “night kingdom,” and so on), can poeticize the illness a bit, and distractingly so. (Also distracting: the fact that the show misstates the date of Levi’s death as the autumn of 1988, not the spring of 1987.) And I was surprised that Styron’s alcohol abuse, which preceded his depression, wasn’t discussed.

But “The Great God of Depression” ’s strengths—its fascinating narrative among them—outweigh its flaws. Depression can have a flattening, deadening quality, a seeming nullifying of the mind and soul, and listening to podcasts about it can feel flattening, too. But this doesn’t. Flaherty and Styron’s strange and illuminating stories, as told by Kennedy, provide not just insight but the impression of progress. The series reminds us that depression, like grief, is a painful and common part of the human experience—a reminder that’s melancholy yet comforting, like a walk through a gorgeous old cemetery.

Daesh Supporter Sentenced to 10 Years in US Prison Over Firearm...

How BTS and their ARMY changed K-pop — and the world