Home Culture “The Hate U Give,” Reviewed: An Empathetic, Nuanced Portrait of a Teen’s... 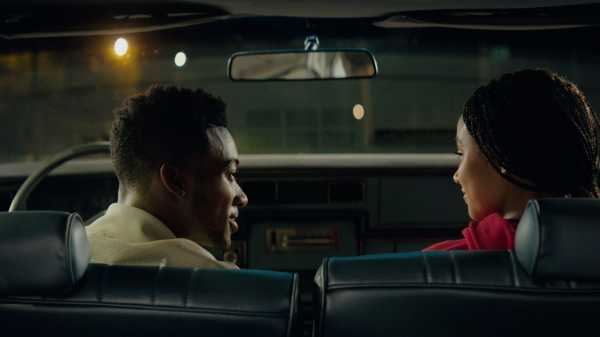 There’s no special merit to films that address subjects of urgent political concern, nor to ones that advocate progressive views. Sometimes such movies offer little more than fan service, of a sort that hardly differs from canonical interpretations of superhero stories designed to please hardcore followers. In skewing their drama and characters in order to stoke viewers’ responses in favor of one particular outcome, some political movies dull the emotional experience of watching. Far from advancing and reinforcing the desired view, such numbing movies suggest that the view exacts a price in vitality; viewers will decide for themselves whether the trade-off is worth it. What’s certain is that a narrow view of advocacy and a narrowed emotional range go hand in hand, and that filmmakers, in the grip of their own persuasion, often miss that connection.

“The Hate U Give,” which is in wide release this Friday, does not fall into this trap. It’s an explicitly political movie that advocates a manifestly progressive view of its subjects, but it does so with a varied emotional energy, a set of complex characters in uncertain situations, and a perspective that emphasizes the drama’s open-ended, trouble-filled engagement with society at large. It does so with a sense of balance, of heads-up alertness that suggests a dramatic type of peripheral vision—the director, George Tillman, Jr., seems to know, and to convey that when the camera is on one character or several others are present and potent, whether just out of frame or somewhere out of view but clearly exerting an unseen influence.

It’s the story of a black family living in the predominantly black Georgia neighborhood of Garden Heights and confronting, directly and personally, legally enforced and socially reinforced norms of racism—which is to say, they’re a perfectly ordinary black American family, working and living under circumstances that, as is clear from the start, would be inconceivable for a white family to face. The central character, Starr Carter (Amandla Stenberg), a sixteen-year-old high-school student, is also the movie’s central consciousness—her presence, her conflicts, and her voice (in the form of a retrospective voice-over) dominate the film from beginning to end. The movie, based on a novel by Angie Thomas, with a screenplay by Audrey Wells (who died earlier this month), opens with Starr’s recollection of “the talk” that her father, Maverick (Russell Hornsby), gave her and her two siblings—about how to behave if stopped by a police officer, in order not to give the officer any excuse to shoot them.

Starr was nine at the time. Her half brother was ten, and his very name, Seven, is relevant to the story’s premise: he was named by Maverick in reference to point No. 7 of the Black Panthers’ Ten-Point Program, which demanded “an immediate end to police brutality and murder of black people,” and it’s precisely the police murder of a black person on which the drama of “The Hate U Give” pivots. Maverick, who owns a convenience store, and Starr’s mother, Lisa (Regina Hall), a nurse at a local hospital, arrange for Starr to attend a well-funded, predominantly white high school in a nearby community. (Starr describes the “two versions” of herself—Version One, which is her in her own neighborhood, and Version Two, which she puts forward in her school in order not to be considered “ghetto.”)

Starr Version One goes to a party with black friends in her neighborhood; when shots ring out, one of them, a young man named Khalil (Algee Smith), a lifelong friend, brings her to safety and drives her home. But during a routine traffic stop—ostensibly for a failure to signal a lane change but actually a case of a white cop catching Khalil “driving while black”—he reaches for his hairbrush, which the officer claims to believe is a gun, and shoots Khalil dead. Starr, the only witness, had started recording the arrest on her phone; ordered to put it away, she nonetheless is able to identify the officer by his badge number.

When a grand jury is convened to consider charges against the officer, Starr is asked by an attorney for Khalil’s family named April Ofrah (Issa Rae) to testify. But, as Starr knows, Khalil had been a newbie small-time drug dealer (because his family faced a catastrophic failure of the safety net) and was working for a local kingpin named King (Anthony Mackie), who pressures—and threatens—her not to testify. What’s more, Starr also faces pressure from the local police and their allies not to testify. To complicate matters, Maverick is King’s former “right-hand man.” He served three years in jail for a crime committed by King—the deal being that, after his release, he’d be released from the gang. Maverick wants Starr to testify; Lisa, however, who fears King’s gang (the King Lords), as well as the police, wants to protect Starr above all, and to keep her from testifying.

The drama is sharply delineated, the conflict clearly drawn—but Wells’s script sets them in motion by means of a wide array of complicating subplots and contextualizing incidents, which Tillman balances nimbly, energetically, and perceptively. There’s Starr’s relationship with Chris (K. J. Apa), her boyfriend, a white classmate; her friendships with other classmates, white and Asian; her relationships with her younger brother, Sekani (TJ Wright), with Seven (Lamar Johnson), and with Seven’s other half sister, Kenya (Dominque Fishback); her relationship with her uncle, Carlos (Common), who’s a police officer; and there’s the media factor, which plays a role in all of these relationships. The killing of Khalil is major local news, widely reported on television—though, because she is a minor, Starr’s identity is concealed, including from her friends.

What’s more, these media accounts are themselves a defining aspect of the movie’s societal landscape: the depiction of Khalil, the obsession with his criminal behavior, the depiction of his family, the depiction of protests that erupt after his killing, the representation of the Garden Heights community, the questions posed in interviews by a Barbie-like TV reporter are all implicated in the story. Similarly, attempts by the police to prevent residents from recording officers’ actions are also elements of the drama; so is the oppressive prevalence of gun violence on the part of the drug-dealing gang and the endemic, menacing presence of guns in the homes of law-abiding citizens as well; so is local activism, the urgency of protest, and police repression of it.

There’s also a plethora of social context in the film, regarding both Starr’s personal and familial backstory and the political framework within which Maverick is raising the family. (He instills his children with political ideals by way of a quasi-military but nonthreatening discipline.) Lisa—who nonetheless shares Maverick’s larger ideals—inculcates in the children a practical and fundamentally apolitical route to success. Despite Starr’s painful efforts to meet the unfair expectations of her white classmates, she meets with a wide range of uncomprehending judgments ranging from oblivious to insidious. The vectors of frustration, rage, and despair that rack the black residents of Garden Heights are echoed, wrongly and prejudicially, in the media in ways that only aggravate the hostility that the residents face.

The very title of the film, borrowed from the late Tupac Shakur’s explanation of his album titled “Thug Life”—The Hate U Give Little Infants Fucks Everybody—highlights the cycle of damage caused by racism. The phrase, like the film, unambiguously asserts that racist practices and attitudes, whether official or merely habitual, are the underlying engine of the movie’s very action. The movie isn’t a bold or bracing work of stylistic originality; rather, it’s one in which a familiar manner is expanded and elevated by way of insight and sensibility. “The Hate U Give” is the rare movie that puts the background into the foreground—that integrates its characters’ personal struggles and dreams with a wide and clearly observed political and historical environment. Its unstinting vigor and empathetic but unsentimental nuance mark it as a distinctive and exceptional political film.

UK Ambassador to Iran Summoned Amid Reports of Protest Near British...