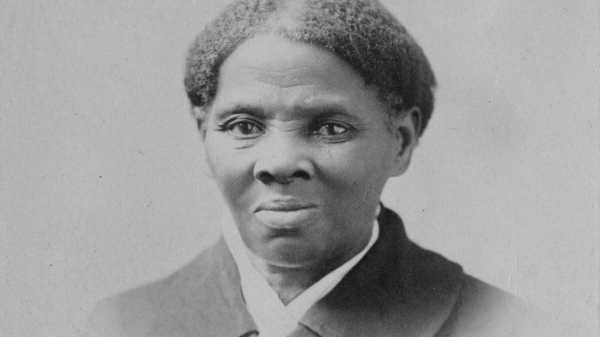 American money is unbeautiful—uniquely so. One is confronted with this fact at the currency-exchange counters at airports, where one’s workaday green stack of bills is traded for a pile of paper art. The design differences between the dollar and the euro, the dollar and the Ghanaian cedi, and the dollar and the Brazilian real lie in the use of color and texture, and the style of state-controlled regalia. The Japanese yen is gripping, painterly. The blush-toned Tanzanian shilling shows houses of government against blooming flora. Leafing through these foreign notes, an American is amazed by the splashes of purple and orange and blue. We are accustomed only to green—a durable pigment, hostile to chemical change—and to the unsmiling faces of Presidents and Founding Fathers. Apart from the addition of rippling stars and stripes to Ulysses S. Grant’s fifty, in 2004, and a dapper quill to Franklin’s C-note, in 2009, the designs of American bills have not changed in recent memory.

In 2015, the Treasury Department, under President Obama, announced that it would add a woman of historical import to the ten-dollar bill, replacing Alexander Hamilton. But the effort, framed as something of an enterprise in feminist education, wasn’t received too warmly. Lin-Manuel Miranda’s musical about Hamilton had vaunted him to untouchable popularity. Why not replace Andrew Jackson—an architect of the forced removal and slaughter of native peoples, and a slave owner—on the twenty-dollar bill, instead? There had been fights to remove Jackson for decades; here was the chance. Boosted by legislation introduced by the Democratic congressman Luis Gutiérrez, of Illinois, the Women on 20s campaign conducted a contest, pitting fifteen female figures, including Eleanor Roosevelt, Margaret Sanger, and Rosa Parks, against one another. More than six hundred thousand people voted for the winner: Harriet Tubman, the abolitionist, nurse, scout, and spy for the northern states during the Civil War.

The design of the Tubman twenty-dollar bill was set to début in 2020, the centenary of the right of women—white women—to vote, as was a redesign of the ten-dollar bill, which would have displayed suffragists including Susan B. Anthony and Elizabeth Cady Stanton. But these women will not arrive on time. Last month, the Treasury Secretary, Steven Mnuchin, citing the development of new security features, told a congressional committee that the début would be delayed until 2026, leaving the question of the redesign to a future Administration. Mnuchin has denied that political considerations were a factor, but current and former Treasury Department officials told the Times that Mnuchin postponed the bill in order to avoid the possibility that Trump might cause an uproar by cancelling it all together.

Wouldn’t it have been cleverer of Donald Trump to opportunistically officiate the bill’s release? On the South Lawn, he could have preached that Tubman, as he said of Frederick Douglass, is “an example of somebody who’s done an amazing job and is being recognized more and more.” With almost no effort on his part, he could have taken credit for the honoring of our Moses. But it’s easy to imagine Trump’s fixation on the issue of the Tubman bill, which combines his tastes for the ceremonious and the petty. The President, who once called the plan for the redesign “pure political correctness,” is an avowed admirer of Andrew Jackson. The symbols of white supremacy are Trump’s most powerful currency. He could not allow Tubman to be embraced as a Founding Mother, as monumental, on his watch—and during his reëlection campaign, no less. He could not stand to see Jackson’s face usurped by hers. (It’s hard to imagine Trump wishing to immortalize any new likeness except his own—though by law, as he’s surely been told, no living person can be depicted on American currency.)

We obtained a preliminary design of the Harriet Tubman $20 bill. The Trump administration recently delayed its release. https://t.co/Jfnr0rUREt

A leaked facsimile of the Tubman twenty, published in the Times last Friday, gives a sense of how far along the plan had been. The designers chose a familiar image, showing an older Tubman in a black coat with a prim white collar, her graying hair pulled back in what might be plaits. It is not a statesman’s bloodless portrait; it does not project pomp or circumstance but, rather, a frisson of moral humility. Frail-seeming, Tubman is ever so slightly smiling. Her expression is a stealthy contrast to the blank-eyed stare of Jackson, who would remain on the new twenty’s back side, demoted but not fully displaced. Should the bill one day materialize, the composition of Tubman and Jackson, two faces of the same vexed coin, would serve as an apt emblem of Americans’ habit of historical equivocation. White supremacists and abolitionists have no doubt that each contributed to the character of our country; there are “very fine people” on both sides of the bill.

Trump is not the only one discomfited by the idea of Tubman on our currency. Should a woman who was born an enslaved commodity be on money in the first place? Would she think the minting of her likeness an honor or an uncouth placation? When Tubman escaped from her plantation, in 1849, a published notice offered a reward of a hundred dollars for her return. A lot of young people, especially, have chosen to accept the Tubman note as a symbolic reparation; now, at least, we will be able to reference “Tubmans” in addition to “Benjamins” in song lyrics. The scholar Daina Ramey Berry argued, in a Slate essay, in 2016, that the Tubman bill would be a fitting tribute, and compared it to the case of Queen Nanny, the great Jamaican Maroon who defeated British armies to establish settlements in the Blue Mountains, and who appears on the five-hundred-dollar Jamaican bill. “Just as Tubman and Nanny moved, so does currency,” Berry wrote. “It crosses county lines, state boundaries, even national borders, enabling payments and purchases that can in themselves be acts of independence and self-determination.”

The Trump Administration’s obstruction shouldn’t keep us from admitting that there is something unsettling in the look of the Tubman note, its pop-culture geniality. We are meant to feel roused in knowing that Tubman would be the first black person to appear on federal currency. But, as Berry reminds us, black people have been on money before: Confederate states circulated notes that featured quaint sketches of enslaved laborers holding tools and tilling soil. I’m no numismatist, but to me the design looks haunted, as if Tubman’s form won’t quite affix to the page. Even if the bill one day becomes ubiquitously traded, I don’t think that this spectral imbalance can be resolved. Perhaps a paper that has accommodated so many dead Presidents is bound to blunt the vitality of our greatest freedom fighter.

Looking at the bill design, I’m reminded of a photograph of Tubman that was discovered, earlier this year, in an album that belonged to a nineteenth-century abolitionist. It is a carte de visite—a calling card—and it features Tubman in her youth. She is draped on a chair, wearing a fashionable dress with a bodice cinched to her waist and a voluminous skirt lavishly sweeping the floor. The image is beautifully intimidating. It vibrates with a mystique never attributed to Tubman; if you can dispell, for a moment, the humble altruism that girdles her legend, you may notice that the portrait is almost sexy. It’s impossible to imagine fitting the glory of this Tubman onto a dollar bill. Who would dare touch her? 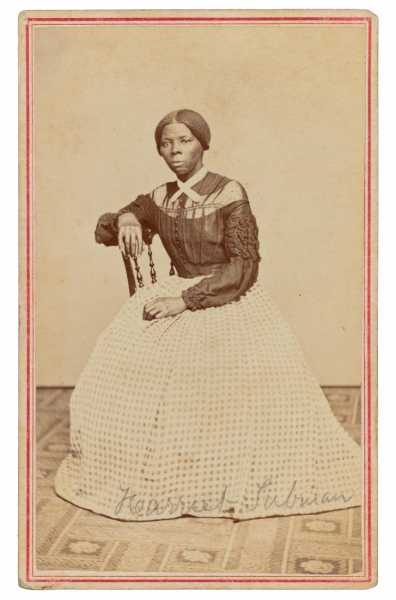