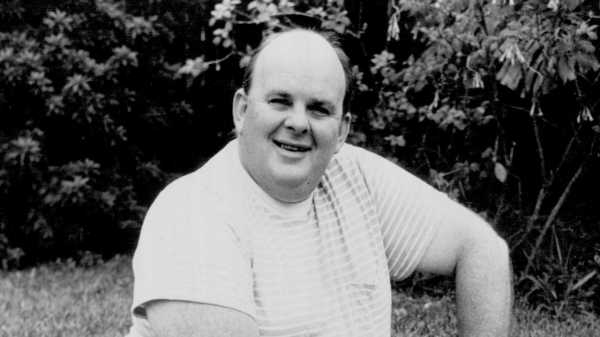 On Monday, the poet Les Murray, one of Australia’s “national living treasures,” died, at the age of eighty. The author of nearly forty books, including poetry, novels in verse, and essay collections, Murray had become one of the most revered poets alive, known for poems such as “An Absolutely Ordinary Rainbow,” “Bat’s Ultrasound,” and “The Buladelah-Taree Holiday Song Cycle.” He was almost certainly the only “living treasure” who grew up in a two-room, dirt-floor home, the walls of which were unlined plank that let the rain in.

Murray was born in 1938, in Bunyah, an inland rural town in New South Wales. He had what Robert Crawford called, in the London Review of Books, “a brutally harsh, smelly, idyllic childhood.” The landscape of his youth informed much of his poetry. In “The Tin Wash Dish,” from 1990, poverty appears like a character in the family home, with “chafe in its crotch and sores in its hair.” Murray’s family had no electricity, running water, TV, or radio. He started school at nine years old, and his adolescence was marked by bullying—for being fat, for being poor—that would later inspire his angriest, most anti-authoritarian poems, which were published in “Subhuman Redneck Poems,” from 1996. In the poem “Where Humans Can’t Leave and Mustn’t Complain,” he depicts schoolyard taunting by evoking grand historical drama:

This models revolution, this draws flies to stark pools.
This is the true curriculum of schools.

But nothing seems to have marked him as much as the death of his mother, when he was twelve, from potentially preventable complications after a miscarriage. When Murray’s father, a laconic dairy farmer, called for the doctor when his wife was hemorrhaging, he was loath to let the town gossip, who ran the phone exchange, hear the news. He said only that his wife was “having a bad turn,” hoping that the urgency would be conveyed. “The appeal fell into a linguistic chasm between social classes,” Murray told an interviewer, in 2005. Murray remained an only child and to amuse himself he’d go on long walks and make up stories.

After high school, Murray spent a few years homeless, selling or giving away everything he owned, before enrolling at the University of Sydney. There he met Valerie Morelli, who was studying to become a teacher; they married in 1962, and Murray converted to Catholicism a few years later. Murray was a talented linguist, and he worked at first as a “scientific and technical translator” at the Australian National University and then for the Commonwealth Department of Education. That was his last formal job. For the next five decades, apart from brief stints as a janitor, he made his living as a poet.

Most of Murray’s work came after he returned to Bunyah, in 1986. That year, he also edited “New Oxford Book of Australian Verse,” the first general anthology to include Aboriginal poems translated into English. Many of Murray’s own poems, even very short ones, contain narratives that recall the oral storytelling of the Aboriginal people that his Scottish ancestors had displaced. In “Child Logic,” from 2015, a small girl unthinkingly sacrifices her finger to a dangerous kids’ game, and

stays in the bush
till sundown, wrote
In blood on the logs, and
gripped her gapped hand, afraid

what her family would say
to waste of a finger.
Carelessness. Mad kids.
She had done wrong some way.

I first read Murray’s poetry at the University of Melbourne, as an undergraduate, although the encounter happened outside of the classroom. A group of us, upon realizing that no Australian writing was offered in our courses, started an informal night school, where we read the national literature, sitting in loose circles on folding chairs or couches. The slightly subversive environment felt right for Murray’s poems, which bristle with anger about living outside of the cultural establishment—although it should be said that, however he may have felt, he’d by that time been given an order of chivalry by the Queen, been asked to write the official preamble to the Constitution, received wide critical recognition, and published many books that were taught in schools. When we invited him to speak to our group, he said yes immediately; he loved the idea of poetry happening outside of systems of authority. “Over the heads of the élites,” he called it.

The real joy of our sessions was reading the poems out loud. When the poems are read silently, it’s easy to miss the sound experience of Murray’s work. Some of his most carnally evocative poems depict life in rural Australia without using the human voice at all. In one poem, from “Translations from the Natural World,” from 1992, the poet enters the consciousness of a group of sunflowers:

All of my detached life lives on death or sexual casings —
The studded array of our worship struggles in the noon not to lose you.
I pumped water to erect its turning, weighted its combs with floury oil —

In Murray’s poetry I found an English that sounded Australian; it was as similar to the language I heard in the street as it was, in its deliberate rhythms and wild images, to the stuff from classrooms—the Shakespeare, the Chaucer, the Milton. In “On Bunyah,” a book of poems about his rural town, from 2015, Murray included a glossary of terms for the benefit of outsiders. (“To Bandicoot: to eat root vegetables straight out of the ground.”) This kind of specificity was deeply exciting; it reminded the reader that language was a system that often, if not always, belongs to a physical place. Murray claimed not to want the Nobel Prize in Literature—he was, for a decade, a short-odds favorite—but, privately, I liked the idea of him winning. This was not least because I enjoyed imagining the Swedish Academy reading about Coolongolook, Wang Wauk, Forster, Wallamba, Gloucester, and Tuncurry—rural places that populate Murray’s poems, and whose names mix lower-class British English, from which Australian vernacular is derived, with Aboriginal words of the inland farm country he grew up in. 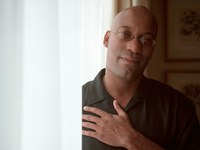 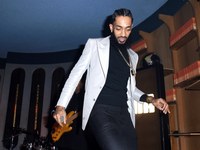 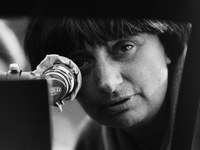 The Weird and Vast and Periodically Devastating Music of Scott Walker 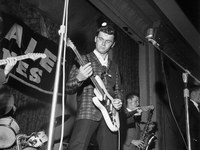 Dick Dale, the Inventor of Surf Rock, Was a Lebanese-American Kid from Boston 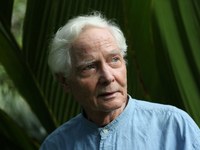 That there will be no more Murray poems is a loss not just to Australians. As the Russian poet Joseph Brodsky once wrote, “It would be as myopic to regard Mr Murray as an Australian poet as to call Yeats an Irishman. He is, quite simply, the one by whom the language lives.”

Even now, the language remains. “The Last Hellos,” Murray’s elegy for his father, Cecil, from 1998, begins “Don’t die, Dad—/ but they die.” The poem recounts Cecil’s final days, during which a whole cast of people visit his deathbed. Murray notes that “people can’t say goodbye / anymore. They say last hellos.” Cecil understands that he’s about to go, but perhaps less what all the fuss is about, or why all these visitors are keeping him from his business. He says to the mourners who have gathered by his bed,

You’re bustin to talk but
I’m too busy dyin

Here death appears, if not as a relief, then certainly as something not to be feared. It’s a stoic thing—a fact to embrace, or a chance to use your imagination to make things better. Indeed, Murray, who remained devout his entire life, told me several times that he thought of his faith as an imaginative endeavor, not unlike the act of writing poetry; he believed that human beings were part of a larger network of imagery and ingenuity. (Most of his books are dedicated “To the glory of God”). Murray ends the poem by brushing aside cleverness and showmanship, reason and logic, and returning to the vanished world from which his father came:

Snobs mind us off religion
Nowadays, if they can.
Fuck thém. I wish you God.

‘Don’t Disturb Him!’ Concerns as Tutankhamun’s Mummy Could Soon Be Moved...