Home Culture The Horror of Such a Love | 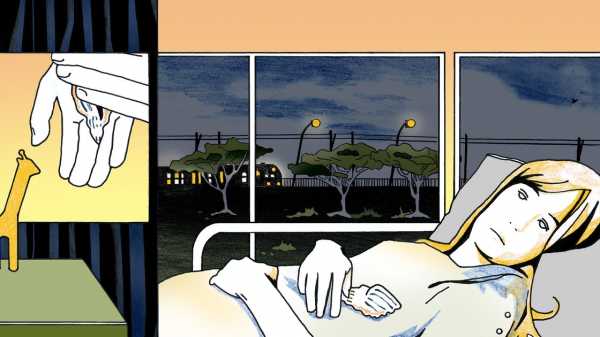 They told me: “Your child is dead.” It was an hour after the birth. The Sister Superior went to draw the curtains, the May day entered the room. I had glimpsed the child when he passed in front of me, in the arms of the nurse. I hadn’t seen him. The next day, I asked: “What was he like?” They told me: “He’s blond, reddish blond, he has high eyebrows like you, he looks like you.” “Is he still here?” “Yes, he’s here until tomorrow.” “Is he cold?” R. answered me: “I didn’t touch him, but he must be. He’s very pale.” Then he hesitated and said: “He’s beautiful, probably also because of death.” I asked to see him. R. said no. I asked the Mother Superior, she said no, that there was no point. They had told me where he was, to the left of the delivery room. I couldn’t move. My heart was very tired, I was lying on my back. I wasn’t moving. “What does his mouth look like?” “He has your mouth,” R. said. And every hour: “Is he still here?” They said, “I don’t know.” I couldn’t read. I looked at the open window, the leaves of acacias that were growing on the embankments of the railway line that ran along the hospital. It was very warm. One night, Sister Marguerite was on duty. I asked her: “What are they going to do with him?” She said to me: “I am very happy to be here with you, but you have to sleep, everyone is asleep.” “You are nicer than your superior. You will go fetch me my child. You will leave him with me for a moment.” She cries: “You’re not serious?” “I am. I want to have him here next to me for an hour. He belongs to me.” “That’s impossible, he’s dead, I cannot give you your dead child.” “I want to see him and touch him. Ten minutes.” “It’s no use, I won’t go.” “Why?” “It would make you cry, you would be sick, it’s better not to see them in these cases, trust me.” The next day, in the end, they told me in order to shut me up: they burn them. It was between the 15th and the 31st of May, 1942. I said to R., “I don’t want any more visitors, only you.” Still lying on my back, facing the acacias. The child had come out. We were no longer together. He had died of a separated death. An hour ago, a day ago, eight days ago; death apart, death of a life that we had lived nine months together, a life he had just left separately. My stomach had fallen back heavily on itself, a worn cloth, a rag, a shroud, a slab, a door, this void of a stomach. It had carried this child though, and it was in the viscous and velvety heat of its flesh that this marine fruit had grown. The light of day had killed him. He had been struck dead by his solitude in space. People said: “It’s not so terrible at birth, it’s better this way.” Was it terrible? I believe so. Precisely because of that: the coincidence between his coming into the world and his death. Nothing. I had nothing left. That void was terrible. I hadn’t had a child, not even for an hour. Forced to imagine everything. Immobile, I imagined.

The child who is here now, sleeping, that one, just now, laughed. He laughed at a giraffe someone had just given him. He laughed and there was a laughing sound. It was windy and a little bit of the laughing sound reached me. So I slightly lifted the canopy of his stroller, I gave him his giraffe again so that he would laugh once more and I shoved my head into the canopy to capture all of the sound of the laugh. Of my child’s laugh. I put my ear to the shell and I heard the sound of the sea. The idea that this laugh might be dispersed in the wind, that was unbearable. I captured it. It was mine. Sometimes when he yawns, I breathe his mouth, the air of his yawn. “If he dies, I will have had that laugh.” I know they can die. I measure all the horror of such a love.

This essay was originally published in 1976. It was translated, from the French, by Olivia Baes and Emma Ramadan, and will appear in “Me & Other Writing,” which will be published by Dorothy in October.

Oil in Turmoil: Energy Prices Rise as US Threatens Iran

Poway and Pittsburgh: the rise in murderous anti-Semitism, explained