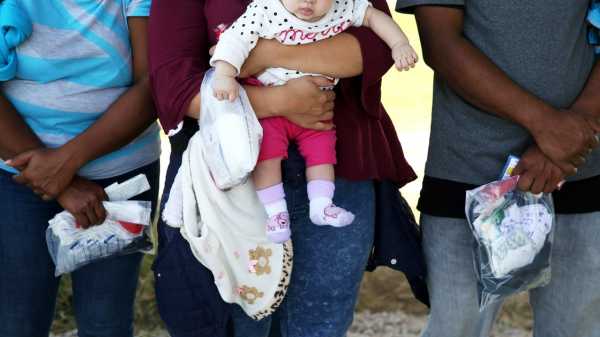 In the final scene of Frederick Wiseman’s landmark documentary “Domestic Violence,” police in Tampa arrive late at night to the home of a man who is drunk and a woman who is sick. The man has called the police because he is angry that the woman, who is desperate to sleep, is “neglecting” him. Minute by minute, it becomes chillingly clear that the man wants her removed from the house before his anger turns into physical violence. In his mind, the woman’s misdeeds—to be ill; to need rest; to wish to remain in her own home—transform him into an instrument of pain, one that she is choosing to wield against herself. He raises his hands over his head in a gesture of surrender. It’s all her fault. He can’t help it. One of the abuser’s most effective tricks is this inversion of power, at the exact moment that his victim is most frightened and degraded: Look what you made me do.

Look what you made me do has emerged as the dominant ethos of the current White House. During the 2016 Presidential race, many observers drew parallels between the language of abusers and that of Trump on the campaign trail. Since his election, members of the Trump Administration have learned that language, too, and nowhere is this more vivid than in the rhetoric they use to discuss the Administration’s policies toward the Central American immigrants crossing the U.S. border. Informally since last summer, and officially since April 6th, the Department of Homeland Security has been separating parents from their children at the border, taking the parents into criminal custody and handing the children over to the Department of Health and Human Services to be placed in shelters and foster families, sometimes thousands of miles away from their parents. The process is compounded in its brutality by its perhaps intentional disorder, as a Boston Globe piece detailed on Sunday: parents in custody often have no idea where their children are, how to get them back, or if or when they will see them again.

There is no question that the actions of the Trump Administration are grievously, permanently harming these children. But who made them do it? According to Donald Trump, it was congressional Democrats. “Separating families at the Border is the fault of bad legislation passed by the Democrats,” the President tweeted on the morning of June 5th. Three days later, Trump doubled down on this refrain: “I don’t like the children being separated from the parents. I don’t like it. I hate it. But that’s a Democrat bill that we’re enforcing.” (The statement is pure-cut Trumpian chaos: the blunt fiction of the “Democrat bill”; the nihilistic spite animating the “enforcement” of the nonexistent law.)

Trump is mostly alone in blaming the Democrats; others prefer to blame the families. “We do not have a policy to separate children from their parents,” the D.H.S. secretary, Kirstjen Nielsen, told a Senate committee hearing. “Our policy is, if you break the law we will prosecute you.” The White House chief of staff, John Kelly, told NPR, “The children will be taken care of—put into foster care or whatever. But the big point is they elected to come illegally into the United States and this is a technique that no one hopes will be used extensively or for very long.” The Attorney General, Jeff Sessions, said, on the conservative pundit Hugh Hewitt’s radio show, “It’s certainly not our goal to separate children, but I do think it’s clear, it’s legitimate to warn people who come to the country, unlawfully bringing children with them, that they can’t expect that they’ll always be kept together.” In a scene from Sunday’s Globe piece, a defense attorney pleads with a U.S. magistrate judge in Texas, Peter Ormsby, to order a group of immigrants in custody to be reunited with their children; Ormsby turns to the defendants and says, “I hope you understand the reason there was a separation is you violated the laws here.” Look what you made me do.

Endless harrowing accounts continue to emerge from the results of the separation policy. On Saturday, the Washington Post reported that a thirty-nine-year-old asylum seeker from Honduras named Marco Antonio Muñoz hanged himself in a padded cell of a Texas jail after being separated from his wife and his three-year-old son. (“The guy lost his shit,” an unnamed Border Patrol agent told the Post. “They had to use physical force to take the child out of his hands.”) And on Thursday, the Times told the story of the five-year-old José, also from Honduras, who was taken from his father in El Paso and flown to a foster home in Michigan. The portrait of a despondent and terrified little boy was foreseen in many of its particulars by Colleen Kraft, the president of the American Academy of Pediatrics, who wrote a letter to Secretary Nielsen on March 1st, about the profound trauma caused by disrupted attachment. “As children develop, their brains change in response to environments and experiences,” Kraft wrote. “Fear and stress, particularly prolonged exposure to serious stress without the buffering protection afforded by stable, responsive relationships—known as toxic stress—can harm the developing brain and harm short- and long-term health.”

In intimate-partner abuse, the battered woman is both the cause and the effect of the violence waged against her; in the violence being done to families at the border, the abducted child takes the battered woman’s place. (Look what your parents made me do.) Another hallmark of domestic violence is the abuser’s knack for gaslighting: the repertoire of lies, distortions, deflections, and belittlements that steadily distort and erode his victim’s sense of reality, tightening the abuser’s control over her. Gaslighting, it needs not be said, is Trump’s preferred mode of communication, and it is encoded in the family-separation policy itself: once their parents have been taken into custody, the children are reclassified as “unaccompanied minors,” their parents effectively disappeared. On Friday, NPR reported on three Guatemalan mothers who were on trial in Alpine, Texas, after D.H.S. flew their children—ages eight, eight, and nine—more than two thousand miles away, to a shelter in Manhattan. “There is no mention in the Border Patrol narrative,” an immigration lawyer told NPR, “that these women had children with them when they entered the United States.” Can you prove this child is yours? Do you even have children? Well, then, where are they?

“I am leaving this up to you,” the drunk man admonishes the Tampa cops as they are readying to depart his house in “Domestic Violence.” “If this is the way you want to solve it, and leave us both here together, then that’s your business. I did call you.” The man takes a preening satisfaction in how correct he was to notify the proper authorities of the danger posed by the weak, pleading woman in their midst. He loves how gracious he is in deferring to the cops’ judgment. The Trump Administration is a similarly elusive brand of authoritarian: eager to do harm, eager to plead helplessness in the act of harming. “There was a separation,” the judge says, the bureaucratic passive voice redacting the active cruelty it describes. “We don’t want to do this at all,” Jeff Sessions told Hugh Hewitt. In the minds of Trump and his ilk, the misdeeds committed by the parents at the border—fleeing documented danger and violence in their native countries; legally seeking asylum; keeping their children close—transform the American government into an instrument of pain, one that these families are choosing to wield against themselves. (That pain will continue to spread and deepen: today, news broke that the Trump Administration would stop granting asylum to most victims of domestic violence and gang violence.)

There has always been a sickening intimacy to Trump’s insults and cruelties, whether he was sexualizing his daughter or sexually humiliating and physically dominating Hillary Clinton during the second Presidential debate. For many observers, especially women, that debate—coming days after the release of the “Access Hollywood” tape—triggered a fight-or-flight response, unleashing their own memories of harassment and abuse. And, for many observers, especially parents, the news coverage of the atrocities being committed at the border in the name of American prosperity and security triggers a similar physiological response—except that this time the trigger is instantiated by sadistic, totalitarian force. (I cannot be the only mother of small children who slept on the floor of her kids’ room the night that “All In with Chris Hayes” reported on a baby seized from his parents, one week past his first birthday.) A slow, quiet terror continues to spread through the American populace. We are all being made into complicit bystanders in Trump’s violence. We are all members of Trump’s toxic, traumatizing family now.

Frustration online over Liam Miller tribute game not getting permission to...