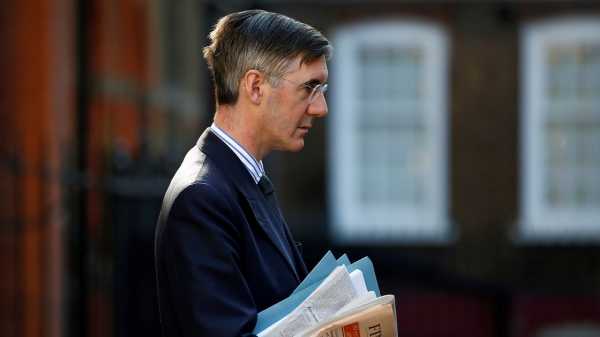 This summer has seen some remarkable developments in the language wars—provocative books and articles by writers who occupy extreme ends of the spectrum. At one end is Gretchen McCulloch, a Canadian linguist whose book “Because Internet” is a thoughtful appraisal of informal writing. At the other is Lionel Shriver, an American writer living in England, whose essay “Semantic Drift,” in Harper’s Magazine, upholds old-school values. Caroming in from someplace completely different is Jacob Rees-Mogg, Esq., the leader of the Ministry of Silly Walks—I mean, the House of Commons—who instructed his staff to follow an antiquated style guide that, when leaked to the press, cemented his reputation as the Honourable Member for the Eighteenth Century.

Linguists, like lexicographers, are descriptivists, studying the language as it is and describing it without trying to tell you what to do. McCulloch came of age on the Internet and lays out her strategy carefully. Having noted the back-and-forth between traditional edited prose and the dictionary—the way that editors rely on the dictionary while lexicographers base their spellings on the decisions of the editors—McCulloch has opted to break up this wordjam by going with the inevitable. For instance, when we first began using cell phones, we were given the opportunity to choose a “ring tone”—I liked the “Ride of the Valkyries”—and, because the new compound was not yet in the dictionary, copy editors styled it in print as two words. Often, new compounds do time in hyphen purgatory (“ring-tone”), but this one ascended straight into the dictionary as one word (“ringtone”). Something similar happens with capitalization: “E-mail” becomes “e-mail” becomes “email”; “Web site” becomes “Website” becomes “website.” McCulloch prevailed on her copy editors to follow her forward-looking style, which is completely appropriate in a book about the internet.

McCulloch has also provided a taxonomy of Internet users. I turn out to be one of the Semi Internet People, defined by “ambivalence towards technology and an orientation towards offline relationships over online ones.” I may also have a touch of the Pre Internet: I am on the Internet but not of it, as McCulloch writes. I have learned to punch up “thank you” with an exclamation mark, but I sometimes have to Google abbreviations and have even, in the privacy of my own workspace, examined emoji through a magnifying glass. This takes the spontaneous joy out of hand claps and champagne flutes. McCulloch sees that grammar traditionalists have as much right to their quirks as anyone else. She understands that “The New Yorker’s identity is partly defined by its deliberately conservative diaeresis on words like ‘coöperate.’ ”

Lionel Shriver, by contrast to McCulloch, is a prescriptivist. She has strong opinions about what is right and wrong in grammar and punctuation. She writes with humor, but it is the dry kind, not reliant on shouting CAPS or winky emoticons. She knows she’s a pain in the ass. She laments the decline of the semicolon, which “has slid willy-nilly to the em-dash, a crude demarcation that cannot imply relatedness or contrast.” When the dictionary admits the ignorant pronunciation of “flaccid” without a hard “C,” she writes that “mass cluelessness has prevailed.” Her favorite dictionary is Webster’s Seventh, and there is nothing wrong with that. It’s just a sentimental attachment to a hardcover book that got her through many years; it still has plenty of good words in it. I have a beloved Webster’s Ninth, which I continue to consult, decades after it was retired from the copydesk. Shriver, whose ear for language was cultivated from childhood by well-spoken parents, complains that being exposed to the constant misuse of language as an adult has ruined her (she recently confused the past participles of “lie” and “lay”), and worries, as a fiction writer, about making characters sound realistic without propagating “the very errors that I revile.” She articulates an unpopular opinion of my own when she writes, “Whether they know it or not, today’s M.F.A. candidates are crying out for primitive instruction on the accusative case, which would readily clear up any confusion about ‘who’ versus ‘whom’ (a perfectly civilized distinction that the animals are now clamoring to revoke).”

I hold other opinions that are similar to hers. I stand by the traditional definition of “massive” as referring to something with physical mass: a massive deep-freeze in the cellar, a massive cloud overhead, a massive planet subject to global warming. As a copy editor trying to enforce this usage, I might be considered a massive pain in the ass. I also stand by the difference between “like” (a preposition followed by a noun or a pronoun in the accusative case) and “as” (a subordinating conjunction followed by a clause), which puts me on the wrong side of writers who make a deliberate effort to replicate everyday speech. Still, try as I might to accept this usage, and generous as McCulloch is toward copy editors (hey, we’re only doing our job, the way she is doing hers), when I see a “like” that ought to be an “as” my pencil hand jumps. McCulloch uses “like” instead of “as” so frequently in “Because Internet” that I am fairly sure it is one of the things I’m supposed to get used to. Sometimes “like” is actively misleading. It reads as a preposition until you get to the verb, and then you have to go back and reconstrue: “Just like the teens who whiled away hours in mall food courts or on landline telephones became adults who spent entirely reasonable amounts of time in malls and on phone calls . . .” Other times “as” would simply be more eloquent: “Sure, an individual person can still be a luddite”— note the lowercase “L”—“just like an individual person can elect to live in a cabin in the woods with no electricity.” Does my preference for “as,”in print, make me sound as if I were living in a cabin in the woods, cohabiting with Jacob Rees-Mogg?

As a citizen of a country whose President is barely literate (not long ago, it was rumored that White House writers make errors in tweets deliberately, to sound like the Commander-in-Chief), I have a lot of nerve making fun of Jacob Rees-Mogg. At least he has standards, and his directives, according to Lynne Murphy, an American who is a professor of linguistics at the University of Sussex, are less about reforming language than about “preserving his antique vibe.” His style sheet is basic: avoid empty intensifiers (“very”), use the imperial system of measurements, go easy on the first-person singular. From a brief glance at his Web site, I see that he lacks a robust sense of the comma (“Boris [Johnson] has ever been the only figure who could unite the Party, the country and deliver Brexit by 31st October”). He reminds me of the retired schoolteachers who, on hearing that “none” can take a plural verb, blanch and leave the room (without buying your book). Rees-Mogg’s rules seem to have been beaten into him by just such a teacher. He inserts two spaces after a period (or a full stop, as they say in the U.K.), typewriter style, which will gain him support from the Wide  Spacers  Society, whose members point out that spacing is not a rule but a choice. It does no good to inform t h e m that type designers in the post-typewriter age have built in the appropriate amount of space. Wide  Spacers like Rees-Mogg are eccentric, and, though their stubbornness may be baffling, it is not as if the insertion of an extra space were hurting anybody. It can even be seen as generous: it does give copy editors something to do.

Most Americans aren’t familiar with the current 2020 Democratic contenders

India and Iran Strive to Safeguard Bilateral Relations Amid US ‘Maximum...

A look at how Ben Stokes fared on his England comeback