Home Culture The Many Faces of Women Who Identify As Witches | 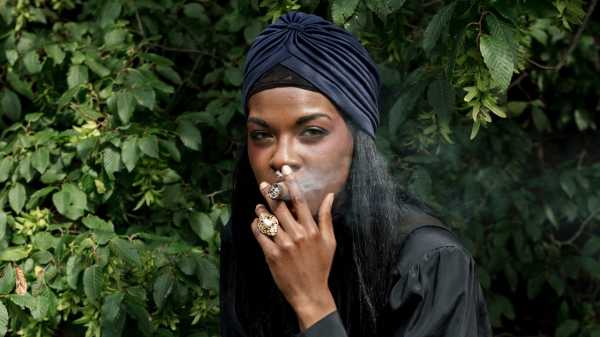 My first encounter with the figure of a witch in popular culture—apart from those in kids’ movies like Disney’s “Sleeping Beauty” and M-G-M’s “The Wizard of Oz,” or in books like Tomie dePaola’s “Strega Nona” and Roald Dahl’s “The Witches”—was in a campy scene from Oliver Stone’s 1991 bio-pic, “The Doors,” depicting Jim Morrison (played by Val Kilmer) and one of his lovers, a Wiccan witch (a character played by Kathleen Quinlan, and based on the rock journalist Patricia Kennealy, who reportedly married the singer in a Celtic handfasting ceremony, in 1970). In the flickering light of dozens of candles barely illuminating a high-ceilinged chamber, the two peruse an esoteric sorcery tract in the nude, snort cocaine, slit their wrists with a dagger, drink each other’s blood, and have wild sex to the shrieking strains of Carl Orff’s “Carmina Burana.”

More than a quarter century later, the often paradoxical grab bag of clichés tied to the contemporary figure of the witch is not that far off, I think, from those shown in Stone’s movie. The witch is often understood as a mishmash of sometimes contradictory clichés: sexually forthright but psychologically mysterious; threatening and haggish but irresistibly seductive; a kooky believer in cultish mumbo-jumbo and a canny she-devil; a sophisticated holder of arcane spiritual knowledge and a corporeal being who is no thought and all instinct. Even more recently, the witch has entered the Zeitgeist as a figure akin to the so-called nasty woman, who—in the face of a Presidential Administration that is quick to cast any criticism as a “witch hunt”—has reclaimed the term for the feminist resistance. (This latter-day witchiness has often been corralled to commercial ends: an Urban Outfitters shirt bearing the words “Boss Ass Witch,” say, or the women-only co-working space the Wing referring to itself as a “coven.”) The muddled stereotypes that surround witches nowadays are, in the end, not so very different from those used to define that perennial problem: woman. 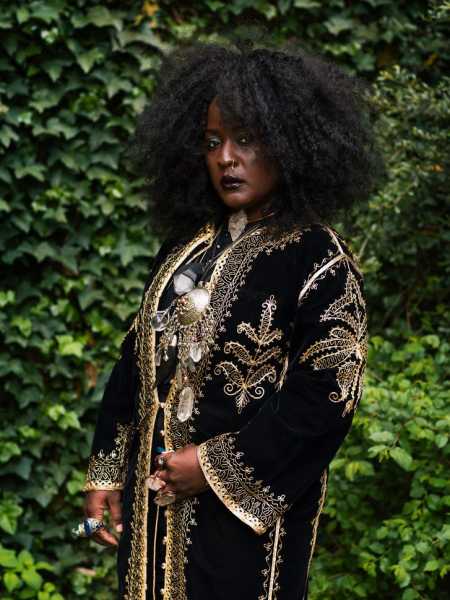 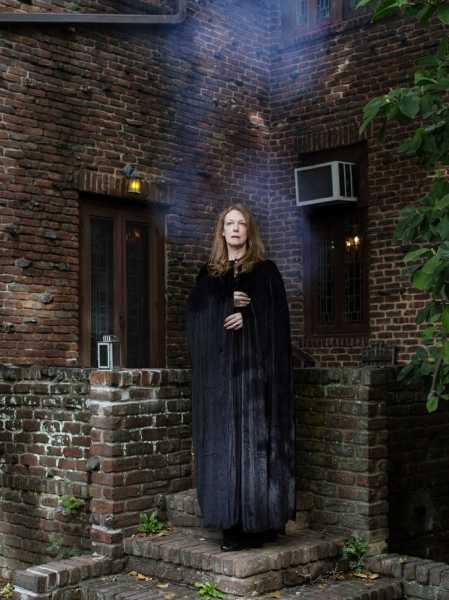 In her portrait series “Major Arcana: Witches in America,” which will be shown at the ClampArt gallery, in Chelsea, beginning October 4th, the photographer Frances F. Denny seeks to explore the figure of the contemporary witch beyond the cultural chestnuts that have shrouded and obscured it. In the course of the past two years, Denny, who holds an M.F.A. in photography from the Rhode Island School of Design (where I taught her for a semester a number of years ago), has travelled in California, Louisiana, and along the East Coast, taking the portraits of dozens of women who identify as witches. Her subjects are of diverse age, social class, and ethnicity, and practice a range of rituals, often drawing on “mysticism, engagement with the occult, politically oriented activism, polytheism, ritualized ‘spell-work’ and plant-based healing,” according to Denny’s exhibition notes. Among them are “self-proclaimed green witches, white witches, kitchen witches, hedge witches, and sex witches.” The series as a whole aims to avoid easy formulas and, instead, to exhibit the heterogeneity and individuality of modern-day witches, Denny told me recently, adding, “I’m not pinning these women down.” 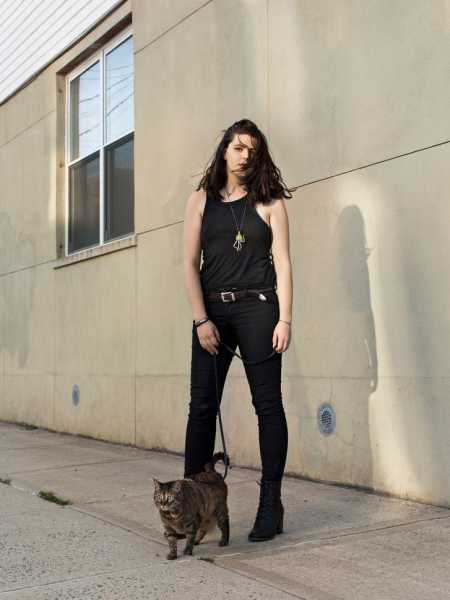 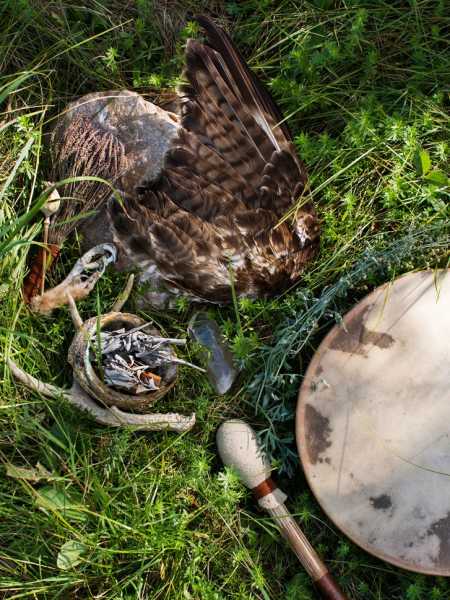 In one photograph—“Randy (Plainfield, VT)”—a grandmotherly woman is standing in a lush green meadow, wearing a flower-sprigged sack dress, her hair arranged a bit girlishly in tousled white ringlets. In one hand she casually clasps a pair of divining rods, while in the other she holds up a pendulum, her gaze raised toward it, her lips upturned in a slight, self-possessed smile. In another—“Kir (Brooklyn, NY)”—a young, lithe woman is dressed in tight black jeans and a tank top, her booted feet planted firmly on a city street, a large, inquisitive-looking tabby cat on a leash at her side. And in “Shine (New York, NY),” a statuesque black woman, posed against a wall of ivy, is dressed in an elaborately embroidered coat, gazing piercingly at the camera. These subjects are all self-identified witches, and yet that fact would not be immediately or necessarily obvious to the uninformed viewer. When she first started the project, Denny read a book by Margot Adler about witches, in which the late journalist and Wiccan priestess argued that “witch” was not just a word but “a cluster of powerful images,” Denny said. “So I thought, I want to make this cluster of images.” 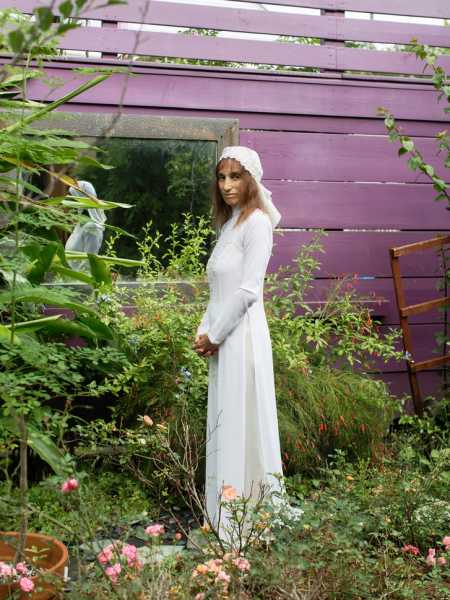 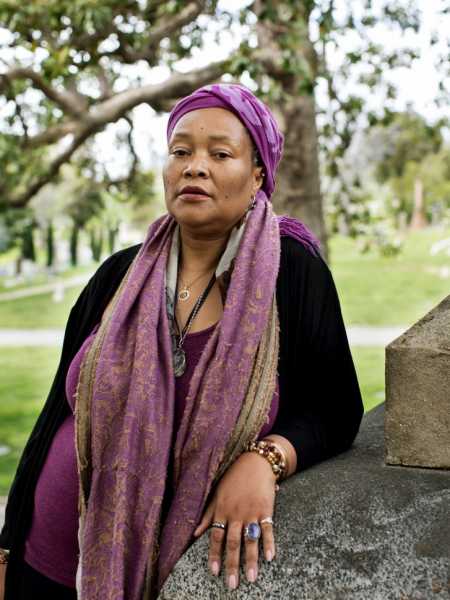 Denny asked the women she photographed for the series to wear an outfit or bring along an item that they felt would represent their practice and identity as witches, and some of the portraits do answer more readily to our expectations of what a witch might look like. More than one woman wears a voluminous cape; some subjects’ fingers are crowded with ornate, sculptural rings, and others’ makeup is goth-y and exaggerated—lips crimson, eyes dramatically shaded. They brandish mysterious implements—a crystal ball, a bow and arrow, a wooden staff; one woman reclines, entwined with a snake—and most are dressed in black. Still, Denny said, it was important for her to make portraits that diverge from the ways she had seen witches typically photographed. “In what I saw out there, there was a lot of low lighting, and a lot of use of colored gels, usually purple or green. There was an immense theatricality,” she told me. In her photographs, Denny used natural light whenever possible, and the women are posed straightforwardly, facing the camera. Like other portraitists, such as the contemporary Dutch photographer Rineke Dijkstra, or the twentieth-century German master August Sander, Denny captures her subjects suspended delicately between performativity and naturalism. These self-identified witches are positioning themselves before us, fully conscious of our eye, and Denny is allowing them a lovely three-dimensionality. 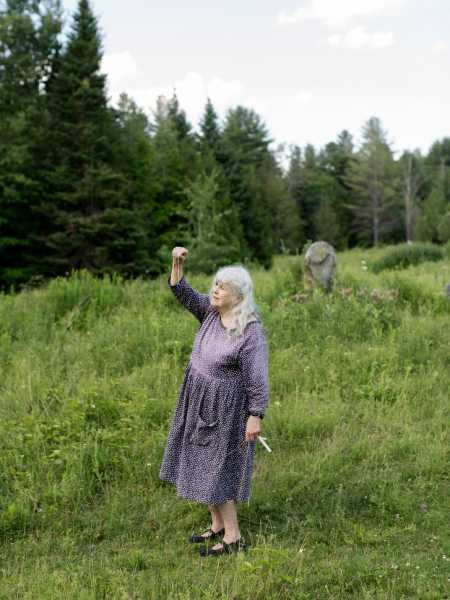 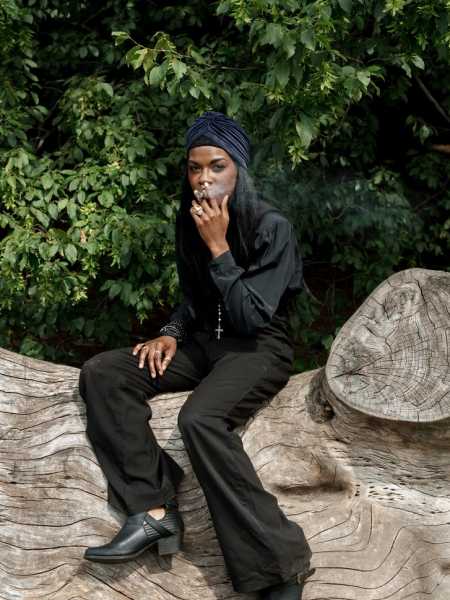 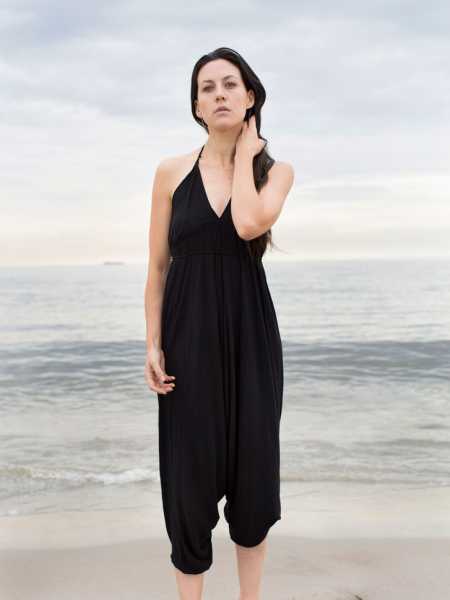 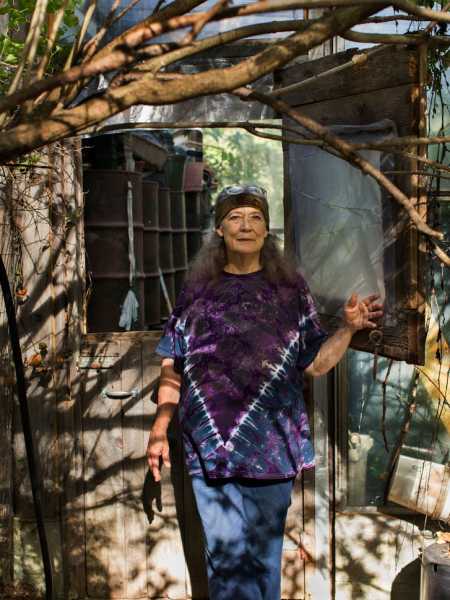 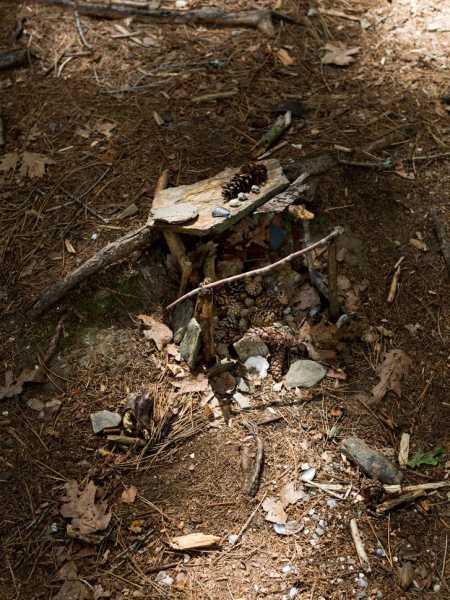 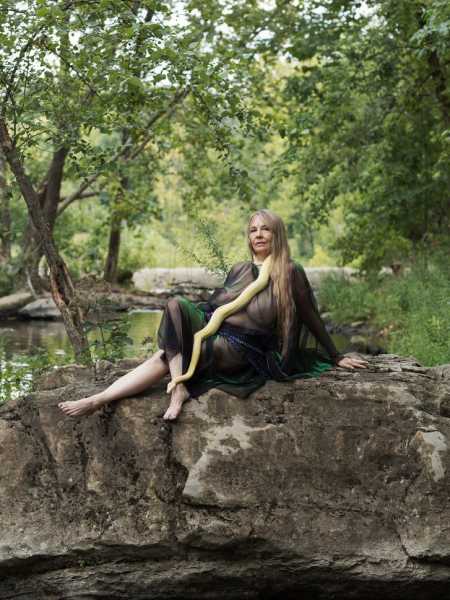 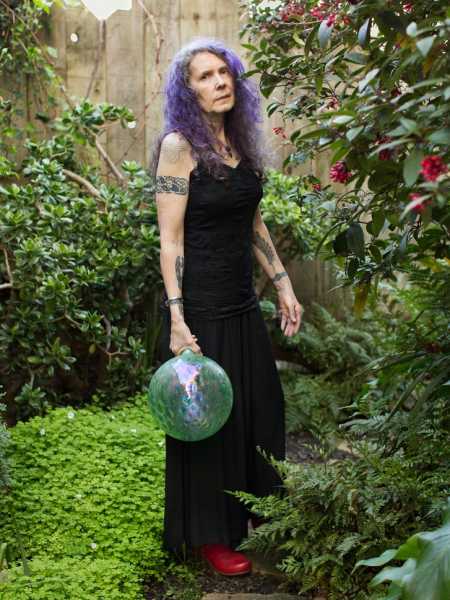 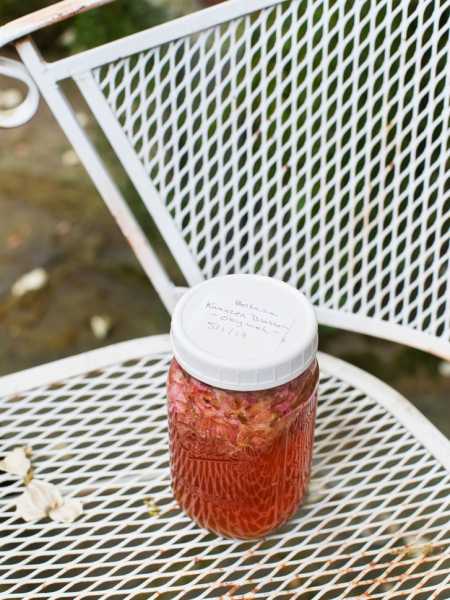 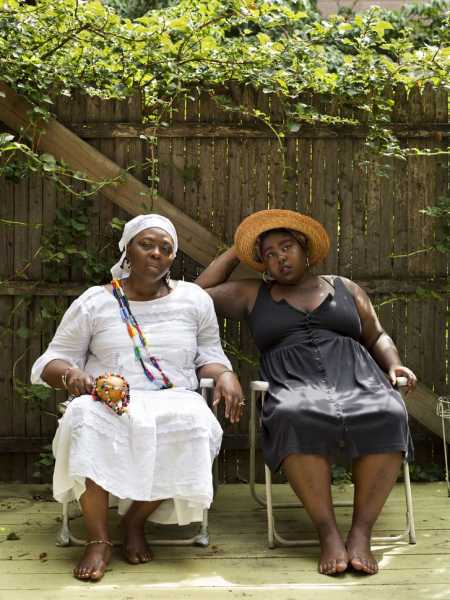