Home Culture The Mystery of the Inconclusive Podcast | 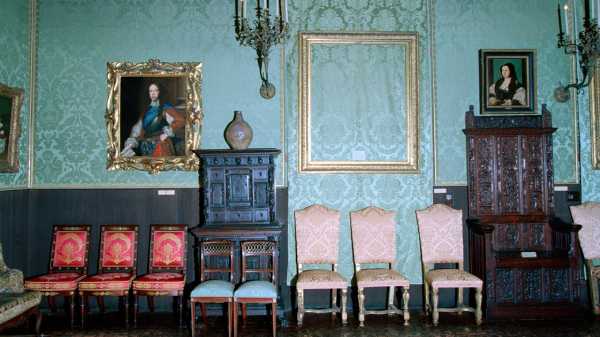 In Boston, in the nineteen-nineties and early two-thousands, several aspects of civic life hung in a kind of stasis, seemingly destined to stretch on forever. The Red Sox hadn’t won a World Series in decades; the local gangster Whitey Bulger was notoriously on the lam; the Big Dig highway project kept the city in mild, interminable chaos, festooned with signs saying “ROME WASN’T BUILT IN A DAY”; and thirteen of the city’s treasured works of art, including paintings by Rembrandt, Vermeer, and Manet, had vanished, stolen from the beloved Isabella Stewart Gardner Museum, in 1990. The story of the heist was world famous: in the middle of the night, robbers dressed as cops had talked their way in, tied up the guards, and plundered the collection, escaping with works now valued at around a half billion dollars. In the years since, the Red Sox have won four World Series, Bulger was killed in prison, and the Big Dig has beautifully transformed the city—but empty frames still hang on the Gardner museum’s walls, and not a single piece of its stolen art has been found.

In concept, the Gardner-heist podcast “Last Seen,” which concluded last week, has immediate, visceral appeal. It explores a real-life mystery combining the glamorous and the grubby, centered on an eccentric private-collection museum in a gorgeous Venetian-style palazzo; its tragedies are cultural, not violent; and it’s a collaboration between two of Boston’s best journalistic institutions, the Globe and WBUR, featuring original research and ridiculously colorful characters. The story brings together many strains of Boston cultural life in a way that its producers, Kelly Horan and Jack Rodolico of WBUR and the author and longtime Globe reporter Stephen Kurkjian, are presumably well suited to explicate. Though it was highly unlikely that the podcast would solve the crime—and, if it made significant strides, we’d hear about it in the news—it offered the chance of good storytelling and investigative progress. What the show ended up being is a mixed bag that approaches greatness but confounds it at many turns, with a final episode that could serve as an object lesson for the limits of this kind of Zeitgeisty podcast.

From the beginning, “Last Seen” wants to make the most of its juicy story—self-consciously so. It begins in the Gardner’s stuffy attic, where the museum’s current security director, Anthony Amore, who runs the museum’s own investigation, guides Horan around HVAC systems and beneath slanted eaves to show her something theoretically fascinating: the rectangular stretcher of one of the stolen paintings, Rembrandt’s “Christ in the Storm on the Sea of Galilee,” from 1633. I was confused by this at first—the paintings’ empty frames, famously, are still downstairs, on display, and I didn’t immediately understand what we were looking at. And I was impatient to get to the heist—I didn’t want to be in the attic. But I was also bemused by the narration. Horan speaks in a measured, intelligent way, and she has a lovely, almost musical voice. Her smooth delivery suggests the constant confiding of a delicious secret, no matter what she’s saying, but at the same time she’s serene to the point of detachment. “That is paint that Rembrandt put there,” she says, with exquisite calm. “What a thing to see. It kind of takes the breath away.” Even when her words are dramatic, as when she compares the gouged stretcher to a crime victim, her tone stays cool. “It's like the chalk line of the body, like a murder scene,” she says, philosophically. “It makes me feel very queasy to look at it.”

Throughout, the narration, however well-intentioned or genuine, can feel precious. As the series unfolds, a wide range of riveting interviewees—museum staff, criminals, attorneys, cops—mostly sound like they’re just talking, with unself-conscious wisdom (“In every operation that an agent goes undercover, his main goal is to befriend and then betray”) or grit (“This isn’t Triple-A ball down in Pawtucket”). But, eventually, Horan, with her polished deliberateness, jumps back in to narrate, and we’re jolted back to being aware of the show’s discomfiting self-presentation. (I asked a fellow podcast enthusiast for a second opinion, and he said, “The host sounds like Delilah.”) The delivery style is only one of the ways in which “Last Seen” draws distracting attention to its own storytelling. Writing like “If Saratoga Springs is the belle of the ball, Glens Falls is arguably her plainer sister who doesn’t get asked to dance” is another. In the final episode, narrative awkwardness takes the wheel.

It’s a shame, because many of the podcast’s stories, representing the producers’ extensive research, are captivating and well told. Early on, we hear a wonderful bit of audio about the history of the museum, setting into context the story of Gardner’s extraordinary collection, as well as the dustiness of the museum’s security conditions, which were only beginning to be brought up to date in 1990. (One of the effects of the podcast is to make the world of genteel museums seem naïvely out of touch and the world of struggling criminals vividly near-sympathetic.) Musicians play an outsized role in this narrative of art crime. We learn that Rick Abath, the security guard who let the robbers in, was a long-haired Berklee dropout in a jam band, who’d once brought a late-night houseparty of whacked-out guests into the museum; the other guard on duty liked to practice trombone on overnight shifts. Myles Connor, whom Amore describes as the world’s greatest art thief, spent years as a local rock star. (We hear his Elvis impression in an old gas-station jingle.) Details like these, and recurring discussions of the paintings and their cultural meaning—before and after the heist—prompt new thoughts about the complex role of the arts in our lives.

Not surprisingly, “Last Seen” ’s criminals and their peers yield some of the show’s liveliest audio. An interview with Connor includes a hilarious section of just-for-the-fun-of-it clips from his stories. “A shotgun goes off. Ba-lam! Shoots himself right in the balls. . . . Could not have happened to a more deserving individual,” he says. His defense attorney sounds like someone out of a movie: “Have I been out socially with Myles? Absolutely. Has he been to my house? Absolutely. Has my wife cooked dinner for him? Absolutely.” (And so on.) A section centering on Bob Wittman, the F.B.I.’s longtime art-crimes investigator, yields insight and drama but features more instances of the podcast’s uncomfortably calling attention to itself. “Tell me about the strawberry-eating contest,” Rodolico says to him, referring to an undercover operation on a Miami yacht, in which agents overplayed their roles as Colombian drug dealers and their wives. “Nah, I don’t want to talk about that,” Wittman says. You can practically hear him dismissively waving his hand. Horan, somewhat conspiratorially, says, “Wittman doesn’t want to talk about the strawberry incident, but we can, because he wrote about it in his memoir.” Is this meant to highlight the producers’ diligence, to chide the uncoöperative? This kind of thing happens more than once. It also reminds us how much this story has already been told and marketed—in Wittman’s book, in Kurkjian’s book, and far beyond—and contributes to a sense of “Last Seen” ’s uneasily trying to distinguish itself.

Such reportorial anxiety comes to a head in the final episode, after the series has painstakingly detailed several theories and suspects, and the podcast has a good lead, centered on a site in Florida. The Gardner-heist competitiveness that we’ve heard about throughout, between parties wanting to claim credit—criminals for committing the crime, investigators for solving it—emerges in the narration. Horan cautiously tells Amore, who’s been an amiable participant since that first scene in the attic, about the lead, and that she’s afraid to provide details to him. He would have to tell the F.B.I. (which has “refused to sit down with us,” she says), which could pursue it and shut her out.

“I would say that the paintings are exponentially more important than a podcast,” Amore says. (This made me laugh.)

From there, the episode goes full “Al Capone’s Vaults.” After they run “headlong into a wall of silence,” Horan says, our giddy reporters fly to Orlando to watch what they believe will be a revelation. We listen to an agonizingly drawn-out scene of what Horan calls a “stakeout,” a blow-by-blow of digging, emotions, anxiety. (Spoilers, of a sort, follow.) Ultimately, we experience the unearthing of what those familiar with houses and yards might have suspected was under the ground at the site in question, in a vessel big enough to hold several of the world’s most valuable paintings: a septic tank. And, with that, “Last Seen,” like so many podcasts of its kind, having dug and come up without answers, is left to poetically invoke life’s mysteriousness and the existence of hope. I wish they’d ended with Amore. “To some people, this is entertaining,” he says, earlier in the episode. “It’s a mystery. It’s fascinating. It’s alluring. People think art theft is sexy.” In other words, podcast-worthy. “This investigation is about none of those things. It’s strictly about getting the paintings back and putting them back on the wall.”