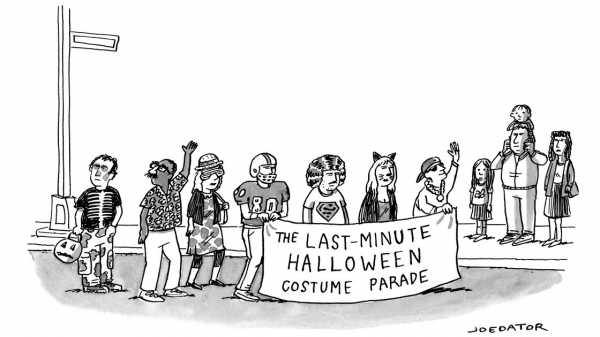 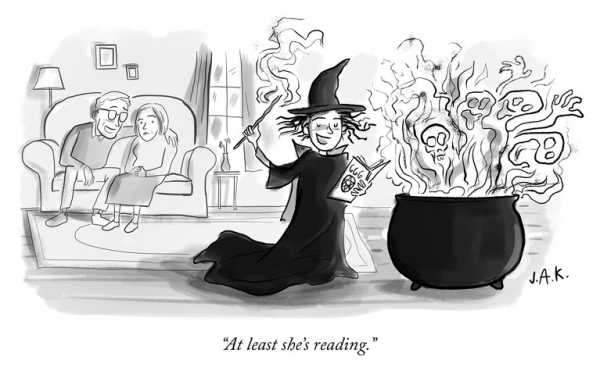 It’s that time of year again! The time when small ghouls, celebrities, and cultural references come to my door and demand candy from me. To be fair, they do offer me the option of doing a trick instead. But whenever I begin doing my painstakingly rehearsed hour-and-a-half-hour magic-trick show they begin booing, and not in the scary way, like a ghost, but in the really scary way, like a disappointed audience. I’ve often thought that appreciation for magic is indicative of good taste, and judging by their reaction to my routine of sawing my assistant in half while standing in my doorway, and their fixation on candy, the people who knock on my door are tasteless in the extreme. Still, I don’t want to seem miserly, so usually I give up the magic routine and go inside for a sweet to hand out. I’ll head over to my stove to poach some pears in Beaujolais, or bring out my kitchen blowtorch to make some crème brûlée. Most of my visitors are so ungrateful, though—they act as if I’m doing something wrong by considerately putting a wonderful poached pear or a perfectly crisp crème brûlée into their candy bags.

It’s around this time that I usually begin to suspect something. I look at the calendar on the wall, and begin a complicated series of calculations. Is it October? Yes. Is it the thirty-first day of that month? Yes. Were the people who were at my door really ghouls, celebrities, and cultural references, or just children celebrating Halloween? Probably the latter. I slump into my chair, dejected, feeling like I messed up another Halloween. Well, this year is going to be different. I’ve got a costume, some candy, and I’ve put my elaborate saw-trick setup, pears, and blowtorch into the cupboard. All I need now is a few Halloween cartoons to get me in the holiday spirit. Luckily, it just so happens that there are a few right here.

The disturbing hypothesis for the sudden uptick in chronic kidney disease

Why “fake news” is an antitrust problem