Home Culture The Odd Nostalgia of a New “Catch-22” | 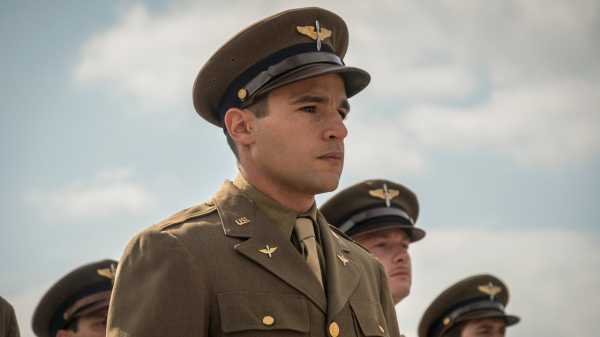 “Catch-22,” on Hulu, based on Joseph Heller’s novel, stars Christopher Abbott as John Yossarian, a U.S. Army bombardier whose serial failures to escape the Second World War exemplify the madness of combat, military bureaucracy, and everything else. The fame of the title, of course, has outlived the renown of the book. The catch, as the squadron physician explains to the protagonist, is that, although a flier can be grounded if he is crazy, to announce oneself to be crazy is to demonstrate one’s sanity. The show—which is written by Luke Davies and David Michôd, and has episodes directed by George Clooney, Grant Heslov, and Ellen Kuras—dramatizes this defining paradox, and many subsidiary ironies, with a warm absurdism.

The six episodes of the series streamline the plot of the novel and straighten out its achronological storyline, with the exception of an early flash-forward to Yossarian’s climactic descent into weirdness. After witnessing the death of an eighteen-year-old making his first sortie, Yossarian emerges naked from his B-25. His blood-streaked body moves down the tarmac as if he has passed through fear and pain into a staggered serenity.

The story really begins at Santa Ana Army Air Base, where Yossarian attends flight-training school. Clooney plays Scheisskopf, who will be promoted to general before the story is over but begins as Yossarian’s training commander. In this role, Clooney deploys his gifts for lunatic spurting and wild-eyed frothing—the angry clowning familiar from the Coen brothers’ films. Yossarian is having a romance—somewhere between a fling and an indelible reverie—with Scheisskopf’s platinum-blond wife (Julie Ann Emery), who is like the bombshell on the nose cone of the young man’s futile dreams of ease. It’s a bit cloying, the way the golden light graces the bedsheets of their cuckoldry, but the sweetness is of a piece with the show’s M.O.

Yossarian joins his squadron in the war’s Mediterranean Theatre, where there are German targets to bomb, Italian prostitutes to lose their heads over, and loads of American exceptionalism undergirding the bellicosity of their leader, Colonel Cathcart (Kyle Chandler). Of the men serving alongside Yossarian—a gallery including apple-cheeked optimists, hardened fatalists, thoughtless jingoists, and boys whose disposition we have no chance to learn, because they are immediately destroyed—the most memorable is Milo Minderbinder (Daniel David Stewart). I wish we spent a bit more time exploring the connivances of Milo, as he parlays his position as a mess officer into great status as a war profiteer, but this miniseries already feels at least one episode too long.

Planes go down. The number of required missions goes up. The level of existential and administrative nonsense remains steady. The adaptation is often rote and merely serviceable. Some scenes are inspired in their brutality, but this “Catch-22” seems, incongruously, to want to inspire its audience. There is an odd sense of romance—a glory beneath the gruesomeness—in its portrait of the paradise that so many of these young men are doomed to lose. The flight scenes have an exhilarating majesty to them that, now and then, evokes the flyboy epics that inspired “Star Wars.” At rest, romping on the beach in swimsuits, the men seem to have emerged from a Life-magazine beefcake spread. The color palette, defined by khaki uniforms, brown earth, and the yellow glare of a hard sun, creates a sense that we are watching the whole thing sink into sepia, as if the show were nostalgic for the insanities of yesteryear.

Now that the stock market is down, Trump wants to take...