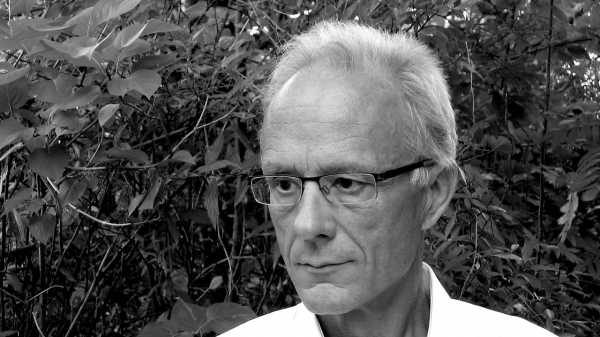 The composer Jürg Frey, one of the most distinctive voices in contemporary music, has spent almost his entire life in the vicinity of the Swiss town of Aarau, about thirty miles west of Zurich. Until a few years ago, he had a day job teaching clarinet to children at the Aarau Music School. In this cozy, out-of-the-way setting, Frey has created a body of music that is as daring as it is beautiful. Spare to the point of vanishing, his works suspend fragile harmonies above stretches of percussive rustling and spells of silence. Frey has long been a cult figure in new-music circles, but he has been receiving more attention of late. On October 20th, the Donaueschingen Music Days, the long-running German festival, gave the world première of “Elemental Realities,” Frey’s first large-scale piece for orchestra in many years.

Last summer, while attending the Lucerne Festival, I paid a visit to Frey in Aarau and spoke to him about his life and music. He is a youthful-looking sixty-six, with a tuft of gray hair above a high, narrow forehead. In the verdant back yard of his home, he served me a flavorful salad, fresh bread, and a tart made with plums from a neighbor’s tree. “The thing about teaching in music school in Switzerland is that it pays quite well,” he said. “Two days, two and a half days a week—that was enough to be on the safe side in terms of finances.” He retired in 2016 and now devotes himself to composition full time.

Frey’s youth was steeped in the revolutionary atmosphere of 1968, which challenged social and cultural norms across Europe. In his teen-age years, he embraced minimalist and conceptual art, with a particular taste for the audiovisual provocations of the Fluxus movement. He played free-jazz saxophone and listened to psychedelic rock alongside classical music. Then he became a more serious student of the clarinet, which led him to a career as a music teacher and a performer. Early works from the seventies, such as “In Memoriam Ludwig Hohl” and “Lachen und Lächeln,” brought about a confluence of his disparate aesthetic impulses: on the one hand, a treatment of sounds as discrete objects, in the avant-garde tradition; on the other, a yen for a tonal-leaning, obliquely Romantic language.

In the early nineteen-nineties, Frey joined a loose international cadre of composer-performers who gathered under the name of Wandelweiser. They tended toward quiet, sparse, gradually unfurling textures. The American experimentalists John Cage, Morton Feldman, and Christian Wolff were paramount influences. Wandelweiser was long on the outer margins of the composing world, but in the past decade or so it has inched toward the mainstream. Something about the music’s separateness appeals to modern listeners who are overwhelmed with information and saturated in noise. It can, however, make extreme demands on audiences: one work, by Frey’s comrade Manfred Werder, contains only two distinct sounds, distributed across an indeterminate duration—seventy minutes, in one rendition.

“We had all been thinking for a long time about sound and silence,” Frey said, reflecting on the Wandelweiser movement. “One attitude is that silence simply doesn’t exist. This is what Cage said.” Cage’s “4'33",” in which the ambient sound of the setting became the work, was the definitive demonstration of the nonexistence of silence. “But, for me, I tend to think of silence as another kind of material. It is similar to a square in a town or city. The square may be empty, but it is defined by the buildings around it and the buildings are defined by it. Silence becomes part of the form. This is where I find myself going after the whole Wandelweiser experience. I am very interested in form and the energies which come from form.”

Over coffee, he showed me the score of “Elemental Realities,” the final version of which he had sent off to Donaueschingen a few days earlier. “I have just finished the most intense composing period of my life,” he told me. “I already had three pieces in progress, including a cycle of Emily Dickinson songs for the Huddersfield Festival, and then in May I got an e-mail from Donaueschingen, asking me at the last minute to write an orchestral piece. I hesitated for a moment—my whole summer would be shot—but I said yes.”

Thanks to the beneficence of German radio, you can hear the work in an SWR2 broadcast from Donaueschingen. The score begins with a glacial chord progression in the strings—a typical Frey array of off-kilter tonal harmonies, suitable for a transitional passage in a lied by Schubert or Schumann. But a nimbus of noise accumulates around the simple-seeming chords. The musicians hum as they play, choosing whatever pitches come to mind. Percussionists tap on cymbals and scrape metal plates with stones. There is a periodic rumble of bass drums and gongs. “What I wanted to do is to create a cloud,” Frey told me. “But sometimes the cloud lifts, and you hear the chords as they are.” It is like a fog that dissipates and then rolls back in.

At around the six-minute mark, the cloud lifts, exposing solitary notes in the horns. An unambiguously tonal section ensues, more or less in the key of G-sharp minor. Listeners may be reminded of the prayerful minimalism of Arvo Pärt, perhaps the most widely loved of contemporary composers. “It is a very circling kind of music,” Frey said. “New elements are added, others are taken away, but it’s a cycle which goes on and on. It gets calmer and calmer, until there are just flutes, clarinets, and violas, and then one clarinet alone, playing G-sharp.”

Lest anyone think that the erstwhile avant-gardist has lapsed into easy listening, the midpoint of the work brings a passage of extraordinary eeriness. For some years, Frey has been fascinated by a technique he calls “halftone harmonics,” in which a string player uses special fingering to coax two neighboring pitches from a single string, with whispery overtones attached. (You can see the composer-violist Anne Leilehua Lanzilotti give a video demonstration of the technique, with Frey offering guidance.) Frey’s Second String Quartet and Third String Quartet, his most celebrated works to date, show the bewitching power of these sonorities. This passage is from the Third Quartet, composed between 2010 and 2014:

When a large group of strings adopts this technique, strange sonic mirages occur. Frey explained, “Every player gets a different tone from the others, creating this halo of overtones. When I tried it out with a string orchestra, I found something extremely surprising: it sounds like bells coming from outside. Someone actually said to me, ‘That was a wonderful chord—too bad about the church bells!’ ” You can get a hint of the effect in the SWR2 broadcast; it occurs fourteen minutes in.

After an extended silence—“In case anyone thinks there are actual bells, they will realize it is not so,” Frey joked—the phantom bells ring again, with distant thumps of timpani underneath. From here on, a kind of recapitulation begins, with the slow chords and the circling music augmented by new elements, such as a quivering pattern in the violas and a thick, brooding chord in the brass. A final emptying-out process leads to a coda dominated by the plucking of strings, the tapping of steel plates, and the dark heartbeat of timpani.

The audience at Donaueschingen tends to be a combative one, apt to reject music that departs from long-standing norms of modernist severity. A few loud boos can be heard in the broadcast; perhaps these listeners perceived a lack of adventurousness in Frey’s harmony. To my ears, “Elemental Realities” was stylistically more radical than other works on offer at the festival; at the same time, it was more assured in its formal control.

Frey’s mindfulness of tradition is perhaps the most fruitful contradiction in his creative makeup. As a clarinettist, he has immersed himself in the standard repertory and can easily fall into the role of the devoted symphonic connoisseur. When we met, the veteran conductor Bernard Haitink, a paragon of musical integrity, was about to lead his farewell concert, in Lucerne, and Frey lamented that he had been unable to obtain a ticket.

“I recently heard Haitink conduct Schubert’s ‘Unfinished,’ ” he told me, washing dishes in his kitchen. “It was exactly as it should be, nothing out of place. Some conductors make a big ritardando”— a momentary slowing of the tempo—“before the second theme. It is totally unnecessary. That long note in the horn, it is already a ritardando. It is such a clear decision by Schubert about the structure: he places this note here, just so. Tok!” Frey made a clicking noise with his tongue. “It is just a note—it is almost nothing. But it is so touching to me, because it is at the same time so full of emotion, with everything else suspended. Nothing needs to be added.”

Why Is Being Held Accountable So Terrifying Under Patriarchy? |