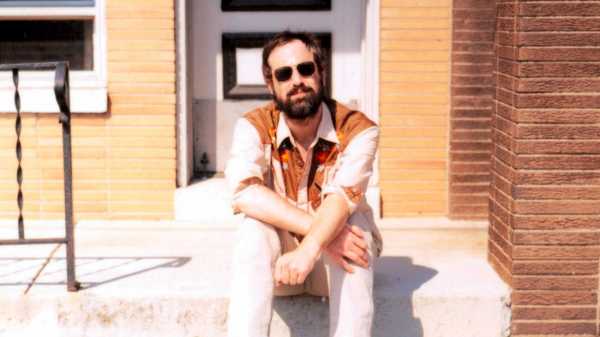 Some celebrity deaths knock you a bit further askew than others. The singer and songwriter David Berman wasn’t a celebrity, exactly, but, to many who came of age in the nineteen-nineties, in the thrall of indie rock, he was a beacon: a dark, elegant, and deeply nimble songwriter, a dude who seemed to know more than anyone should about the banalities, glories, and ravages of modern life. As my colleague Sarah Larson wrote, “Berman’s music seemed to alchemize pain; by the time it reached us, it had become beauty, wisdom, even humor.”

“There’s beasts and there’s men / And there’s something on this earth that comes back again.” Berman was always writing perfect little lines like that—hilarious and dire, good enough to jangle around your consciousness for years. When Berman announced his new project and a new record, both titled Purple Mountains, you would’ve known it was his music just by glancing at the song titles: “All My Happiness Is Gone,” “Maybe I’m the Only One for Me,” “Margaritas at the Mall.” Nobody else could be so funny and astute about the grand human paradox: that we all go on living, knowing full well that we’re dying.

“Margaritas at the Mall” recounts the beginnings of an existential crisis—fear of a godless universe, panic over impotency, inadequacy, and so on. Berman gave it this chorus:

We’re just drinking margaritas at the mall
This happy hour’s got us by the balls
Magenta, orange, acid green
Peacock blue and burgundy

Berman sang with a chatty, knowing baritone. His voice wasn’t particularly distinctive—it was rickety and loaded with ennui, the default mode of singing for lanky, middle-aged guitar players—but something about his deadpan intonation always made you feel as if you were in on the joke. His delivery was a squeeze on the arm.

I interviewed Berman prior to the release of “Lookout Mountain, Lookout Sea,” in 2008. He’d just started talking to reporters again. We had a few old friends in common, people we’d known in Charlottesville, where each of us had briefly lived. (Our time in Virginia didn’t overlap, but I still recall mutual pals pointing out Berman-related landmarks—places he’d worked or drunk—as if they were sacred ground, which, I suppose, they were.) We met at a hotel bar in Greenwich Village. His wife, Cassie, was next to him; they seemed so happy. The three of us grinned the entire time. Berman was thrilling to talk to—loquacious and weird. A ten-word question might generate several paragraphs of rumination. Language just seemed to come so easily to him. (An e-mail from Berman was a gift, and that is something I have never in my life said about e-mail—warm, playful, bounteous.) I remember being cowed and excited by his intellect and strangeness, by how willing he’d been to engage with nearly any half-cooked idea or feeble theory that I could think of. After, I slipped my recorder back into my pocket, and squeezed it, like a good-luck charm, and thought of a Berman lyric: “I’m gonna shine out in the wild kindness / And hold the world to its word.”

I’ve spent many blissed-out hours trying to understand the way Berman’s songs work—what his tricks are, why they soar. One of my favorite tracks is “How to Rent a Room,” from 1996’s “The Natural Bridge.” The song’s meaning changes often for me—it is a weather system—but most days I understand it as a revenge fantasy of sorts, in which a jilted lover takes his own life, just after telling his wife to “Read the Metro section / See my name.” The Berman button is that precise reference to the Metro section, the most ordinary and banal part of a daily newspaper. A man’s entire life, now reduced to the Metro section! It is funny, and it is awful, and Berman instinctively understood that there is beauty and humor in these dumb, ordinary things—that the mundane might be the only place to really go searching for the sublime.