Home Culture The Photo Book That Captured How the Soviet Regime Made the Truth... 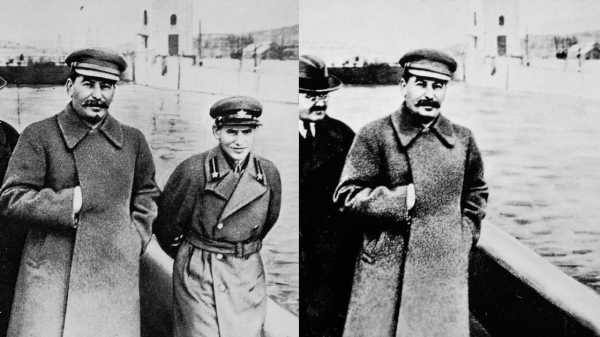 How unreal can things get? As the sense of shared reality is eroded, more with each passing day, one wonders. Writing on the relationship between truth and politics in this magazine, fifty-one years ago, Hannah Arendt noted just how vulnerable factual truth is, using the example of “the role during the Russian Revolution of a man by the name of Trotsky, who appears in none of the Soviet Russian history books.” Thirty years after Arendt published her article, a British collector and historian of Russia, David King, published a study in the form of a photo album—a study of the disappearance of the physical record of Trotsky and a number of other Russians who fell out of favor, and out of history, during the Stalin era.

The book is called “The Commissar Vanishes.” The title is, incongruously, literal. Its specific reference is to a photograph, from 1919, of a second-anniversary celebration of the October Revolution. In the picture, Vladimir Lenin stands at the top of a set of stairs, surrounded by many unidentified men and children and a few recognizable men, including Leon Trotsky, stationed just in front of Lenin. By the time the photograph was published, in 1967, Trotsky had disappeared: he had been airbrushed out, along with several other commissars. Vladimir Lenin and Leon Trotsky in Red Square during the second-anniversary celebration of the Russian Revolution, on November 7, 1919.

Photograph by Leo Ya Leonidov / Tate Leon Trotsky and Lev Borisovich Kamenev have been airbrushed out.

Photograph by Leo Ya Leonidov / Tate

Sometimes it is impossible to tell just who is missing from a photograph—only that someone is. One photograph in King’s collection shows a propaganda train—a train that crisscrossed the country spreading the message of the revolution. “When we look closely at the window on the right of the photograph,” King writes, “a ghostly apparition—the result of the retoucher’s inept hand—is all that remains of the person who had been looking out of the carriage.” We don’t know who is missing or why—only that someone has been elided. We are lucky even to know that there is something we don’t know. 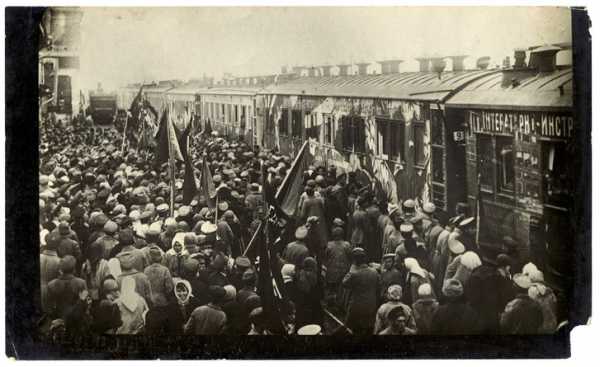 The October Revolution agitational-propaganda train arrives in Sorotskinskoe Station, in 1919.

There is so much more that we don’t know about Stalinist terror—we are no closer today to knowing how many people were killed than we were one, two, or five decades ago. Earlier this month, news came that the F.S.B., the successor agency to the K.G.B., is destroying secret-police records from the terror era; that means that we are unlikely ever to form a significantly more complete picture than the one we have now.

Many of the photographs in King’s collection showcase falsification by commission rather than omission. There is the iconic photograph of Stalin and the masses, in which the image of Stalin is blatantly pasted in, and the masses, less noticeably, are composed of several repeating fragments of crowd. There are the movie stills of the 1905 Russian uprising and the pictures of the storming of the Winter Palace, in 1917—in fact, the images depict historical reënactments that were used as though they were documentary photographs. And there are the enduring myths that underlie the images. Much of the absence of documentary evidence of the Soviet regime—the destruction of personal archives and printed books alike—was a result of citizens’ fear that their neighbors or acquaintances might report them to the authorities. We have since learned that the role of such denunciations during the terror was relatively minor: people were arrested to fill specific quotas; the arrests were essentially random and not, as many have long assumed, the result of reports. But the myth persists, and so does its product—the visuals that have been destroyed can rarely be restored. Vladimir Lenin speaking in Moscow to Red Army soldiers departing for the Polish front, in 1920. Leon Trotsky and Lev Borisovich Kamenev, behind, are on the steps to the right. 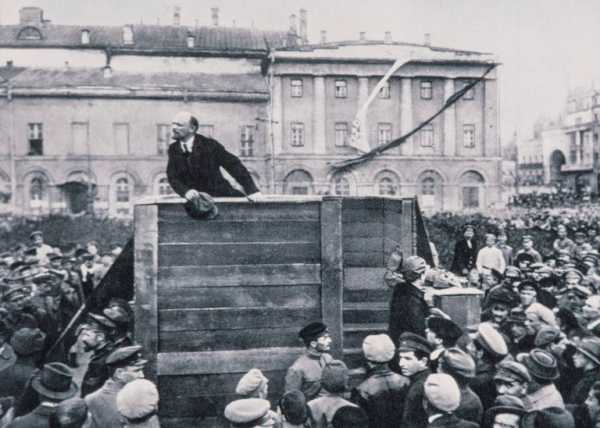 Leon Trotsky and Lev Borisovich Kamenev have been airbrushed out of the image.

Compared to the intentional, crude, and pervasive altering of the Soviet record, the lying currently prevalent in American politics is amateur hour, if not exactly child’s play. President Donald Trump’s routine alterations of the historical narrative, which seem to stem in equal measure from ignorance and ill intent, are ridiculed by the media even as the media reproduces them. Photographs often serve as the corrective to his distortions—as, for example, with his insistence that he had the biggest Inauguration crowd in history. Still, there can be no doubt that Trump is waging an all-out war on the media, the historical record, and the truth in general. In her 1967 essay, Arendt issued a warning:

“The chances of factual truth surviving the onslaught of power are
very slim indeed; it is always in danger of being maneuvered out of
the world not only for a time but, potentially, forever. Facts and
events are infinitely more fragile things than axioms, discoveries,
theories—even the most wildly speculative ones—produced by the
human mind; they occur in the field of the ever-changing affairs of
men, in whose flux there is nothing more permanent than the admittedly
relative permanence of the human mind’s structure. Once they are lost,
no rational effort will ever bring them back.” 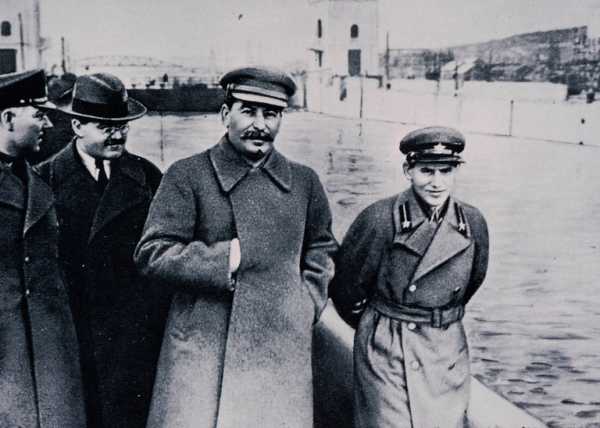 Kliment Voroshilov, Vyacheslav Molotov, Joseph Stalin, and Nikolai Yezhov walking along the banks of the Moscow-Volga Canal, in April, 1937. 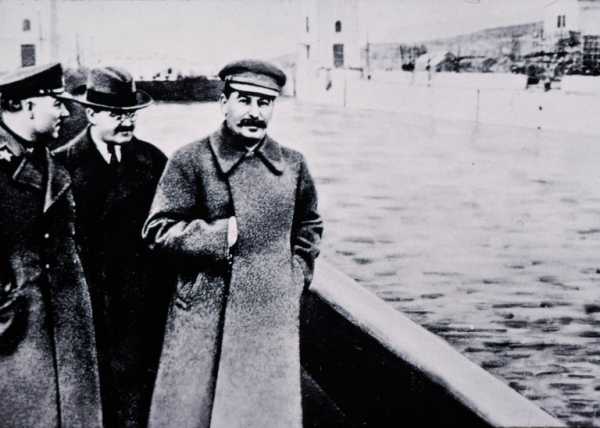 Nikolai Yezhov has been removed from the original image.