Home Culture The Power of the One-Take Film | 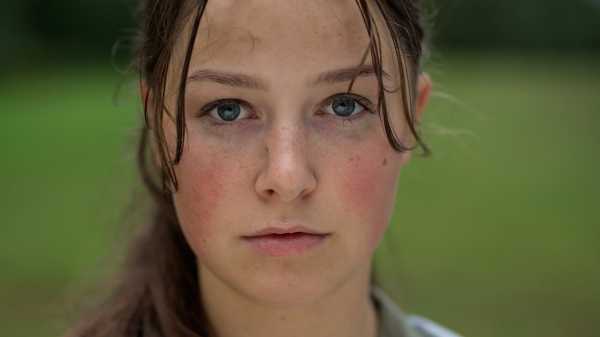 Cinéastes like to make a fuss about long takes—those exquisitely staged extended film sequences, seen in the work of auteurs such as Alfred Hitchcock, Robert Altman, Martin Scorsese, and Alfonso Cuarón, in which action is captured by a single camera in real time, without interruption. Two recent Nordic films—Tuva Novotny’s “Blind Spot” and Erik Poppe’s “Utøya – July 22”—take this concept to its extreme. Both movies were shot, in their entirety, in one take. Multiple actors, multiple locations, one camera, one shot. And, though there are a handful of other directors who have also used this tightrope-walking approach in recent years (Alexander Sokurov, in “Russian Ark,” and Sebastian Schipper, in “Victoria,” to name a couple), “Blind Spot” and “Utøya” feel different. Rather than the method being the message, some daredevil stunt worthy of our awe and intellectual admiration, in these new films, the one-take technique is used as a means to a higher artistic end: to create work that is uniquely aligned with the razor-edge sense of peril that has been created by this particular moment in history.

“Utøya” is a dramatization of the 2011 terrorist attack on the eponymous Norwegian island and tracks the journey of a fictional protagonist from the moments just before the siege to its conclusion. The plot of “Blind Spot” also involves ordinary people struggling to respond to an unforeseen crisis as it unfolds, albeit on a less epic scale. (It may be most simply described as a mother dealing with a troubled adolescent daughter, though the specific details are best left undisclosed.) Neither is for the faint of heart. In each, the combination of extreme subject matter, supercharged emotional stakes, and the one-take approach make for a transformative cinematic experience—something that might be called “immersive film.” These films become living, breathing dramatic containers for us to enter into. They succeed in making us feel as though we are legitimate eyewitnesses to the action.

Both Novotny and Poppe chose to radically eschew many of the most basic tools available to filmmakers. “Editing and scoring can be extremely strong and manipulative tools in moviemaking,” Novotny told me. “In order to keep a sober eye on the unfolding story, a real-time take with no score was the only way to do it.” Poppe had a similar intuition about his film, which he cast almost entirely with a group of amateur actors, led by the unforgettable Andrea Berntzen. “To tell this particular story in an honest, respectful way, it had to be shot that way. I wanted to see whether I could bring the element of time into the story as a character, essentially erasing for the audience any sense that they are watching a film. I wanted it to seem more truthful than if it was a documentary.“ 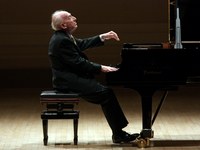 The Pianist Maurizio Pollini and the Shock of the Old 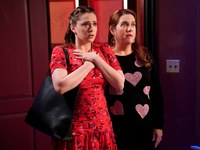 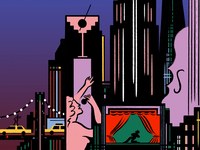 What to Do in N.Y.C. This Weekend: Beau Dick, Burna Boy, and the Standard Grill 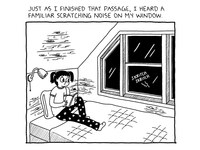 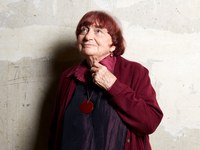 “While I Live, I Remember”: Agnès Varda’s Way of Seeing 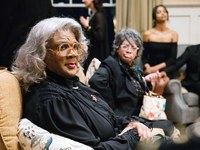 Pour One Out for Tyler Perry’s Madea

Though Poppe is one of Norway’s most celebrated directors, the Swedish Novotny has, until recently, made her career as an actor, appearing in dozens of films dating back to the mid-nineties. Incredibly, “Blind Spot” marks her big-screen directorial début. (She also wrote the screenplay.) “The main task was to help them believe in themselves,” she told me, about working with her cast and crew. She was able to win them over with her gutty, Zen-like belief in the process. “In real life, things don’t always work out. Real life is messy and bumpy, so basically, nothing could go ‘wrong.’ The only point of possible stop we had was if someone got hurt, slipped or something like that.”

As Maria, the protagonist of “Blind Spot,” Pia Tjelta—like Berntzen in “Utøya”—is titanic in her dedication to her role, reaching astounding heights of dramatic realism. Because of the extreme restrictions that are built in to the one-take process, the actors in both “Blind Spot” and “Utøya” were required to commit to their performances, knowing there would be no pauses nor assistance available once the camera began rolling. (“Like a theatre piece,” Poppe told me.) The films describe psychological journeys far richer, more believable, and with more gravitas than those we’re used to seeing in more conventionally filmed movies, vaulting us straight into the emotional hearts of their characters.

If there are moments when it’s possible to remind ourselves that “Utøya” is “just a movie,” it’s only because we know the film is based on historical events. No such intellectual protections are available when experiencing “Blind Spot,” no safety precautions at all to prevent becoming swept up in its maelstrom as we follow Tjelda’s character through a life-changing trauma. The film probes fundamental questions about human existence: Can we ever really know one another? What do we do with feelings that seem too big to manage? What are the responsibilities we have to ourselves, and to one another, and in what ways are we—or are we not—responding to same?

On a metaphorical level, both “Blind Spot” and “Utøya” portray a civilization in free fall. They depict a generation of young men and women now coming of age who are unequipped to process the reality we are handing them. It is we, after all, who have allowed the unacceptable to be made manifest: the ascendancy of Donald Trump and right-wing extremism; the dire, perilous changes to our planet; the humdrum frequency of serial killings. It has been on our watch that a segment of our population has been unable or unwilling to recognize the difference between fact and manufactured truth. We stand by, wringing our hands, watching as the bonds that provide for the most necessary, fundamental kinds of meaningful human connection slowly disintegrate. We feel paralyzed, numb, powerless—perhaps, if we close our eyes, everything will just get better.

Novotny and Poppe suffer no such illusions. Both told me that it was important to them that their films not be marketed as one-takes, lest audiences be focussed on technique rather than on the stories being told. What’s behind the urgency of their films is an implicit call to action—to wake up, accept responsibility, pay attention, and do our part. They offer evidence that, in the right hands, the one-take discipline is uniquely qualified to deliver an aesthetic experience that seems important right now, and necessary—one with the power to drill clean through superficial layers of our consciousness. Both directors employ this radical tool to dig at the raw, stinking muck of contemporary life, smearing it on the screen in ways that are instructive and bolstering. There is no turning away from what we see in these films, no comfort, no escape. In “Utøya,” we encounter a dying girl who quietly begs for her absent mother, and the primal immediacy of the scene eviscerates us. In “Blind Spot,” we witness a parent’s palpable, real-time denial of a sudden tragedy and relive every moment we’ve ever had of receiving the worst kinds of news: this isn’t real. This can’t be happening.

But it is happening, and, because of both directors’ ruthless adherence to their real-time approach, because of their embrace of imperfection, it feels real. “We need art right now that educates us about how to deal with life,” Novotny told me, “in all its beauty and ugliness. Life is both, and if we are not taught that we are not alone then I believe a lot of people will stay stuck in the abyss. Society is so eager to talk about all of our individual strengths, we forget to talk about the difficult, weak spots, where things hurt and feel impossible—a terribly lonely place where everything looks right but doesn’t feel like it.”

I feel lucky to have had the opportunity to see “Blind Spot” in Sweden, where it was one of a bracing clutch of films presented at this year’s Göteborg Film Festival. Novotny’s achievement, like Poppe’s, left me both flattened and amazed. In a small notebook that I carry with me to record thoughts and impressions of art that inspires me, I could only manage to scribble one sentence: “I can’t believe what I just saw.”

An Essential Retrospective of the French Filmmaker Jacques Becker at the...

Bat key to tequila trade gets off US endangered species list