Home Culture The Private Side of Jazz Music, Through the Eyes of a Blue... 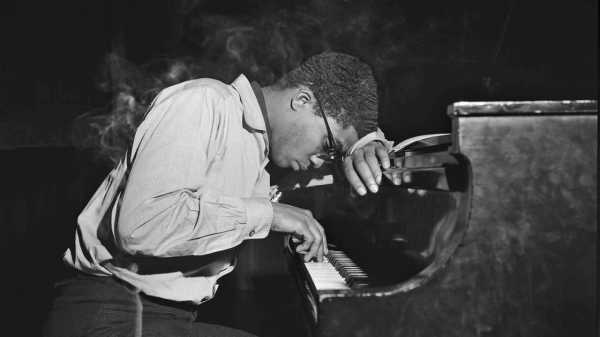 The photographer of jazz whose work is art in itself is Roy DeCarava. His book “The Sound I Saw”—a montage of his images and texts that he composed in the early nineteen-sixties but was unpublished until 2001—reaches deep to the experience, of the black American city life, that the music embodies and the musicians express. (It’s newly reissued, and DeCarava’s work is also the subject of a pair of current exhibits at David Zwirner.) DeCarava’s musical portraiture is centered on the public performance of jazz in clubs and in concerts. Yet there’s another crucial aspect of jazz history—the private side, of music made in recording studios—which is documented in a remarkable archive newly available online: the photographs of Francis Wolff, which preserve precious moments of some of the greatest musicians at work on some of the most enduring jazz recordings.

Wolff’s photos are a peculiar, passionate, and personal subset of the medium: they’re both documentary and promotional, made in part for use on album covers for the great Blue Note record label, of which Wolff was a co-founder, along with Alfred Lion. They were childhood friends in Berlin, Jews who escaped Nazi Germany. The pair founded the label eight decades ago, and ran it together until 1966. Together they fostered a collective body of work and a teeming set of individual performances that are at the center of modern jazz history and a core of the music’s living repertory; Wolff’s images offer keen reminiscences of historic musical moments, and they inspire fantasies about what it would have been like to experience them in person. 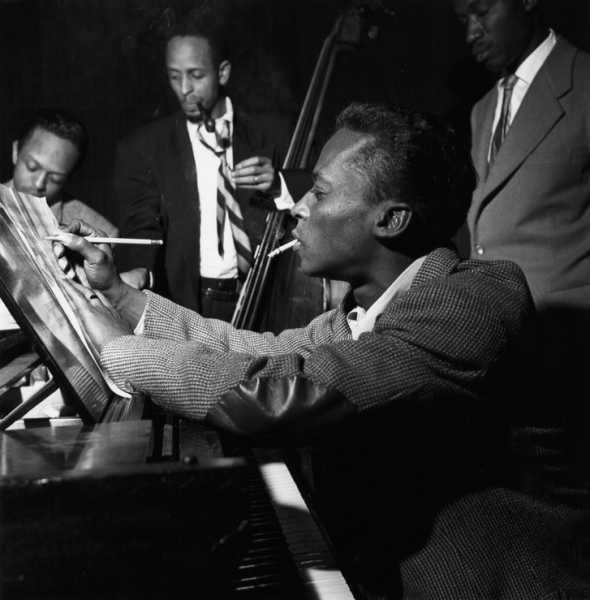 Despite their practical function, Wolff’s photos go far beyond the promotional; they are a part of the Blue Note label’s authentic devotion to the artists. In recording and promoting jazz, Lion and Wolff called attention to black American artistic heroes—many of whom they brought from merely local renown to the enduring spotlight—and Wolff’s photographs reflect the depth of his admiration for them, artistically and personally. (It’s exemplified in his habit of photographing artists from low angles—he’s literally looking up at them.) If there’s an element of mythology in the images, it’s one that’s rooted in truth—in the authentic artistic power of musicians who may have been at the margins of mainstream media but who, for Wolff and Lion, deserved the canonization of any of the cultural celebrities of the time. 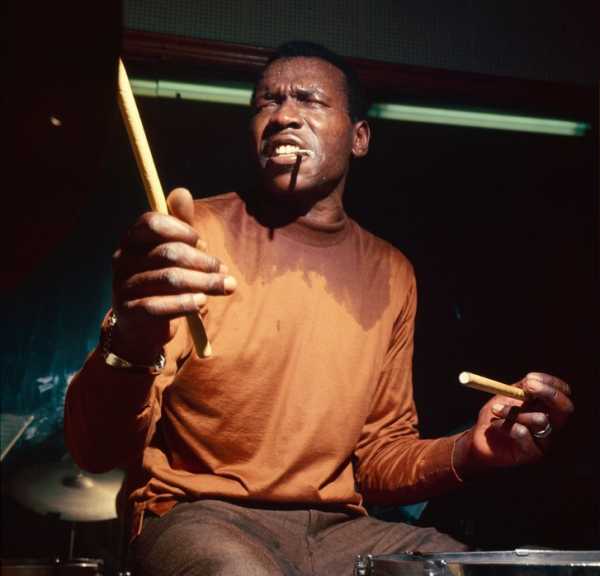 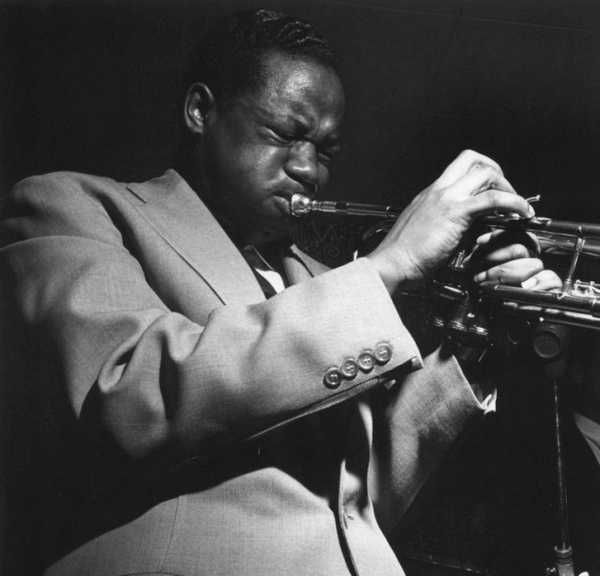 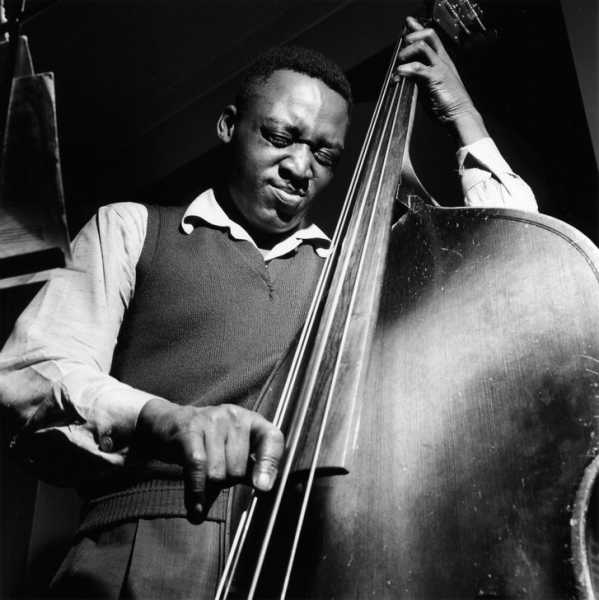 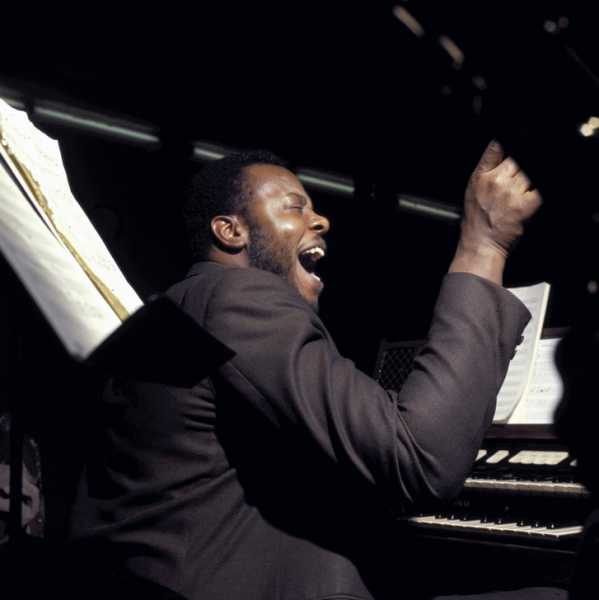 Most of the musicians photographed by Wolff are men, because most of Blue Note’s roster of musicians were male. Though there were female jazz musicians active at the time, they also, with very few exceptions, faced prejudice in the development of their careers—except for singers, who were prominent, but Blue Note recorded very few singers, male or female. The label concentrated on instrumental music, and there was an artistic point to that emphasis. The repertoire of most jazz singing was rooted in the so-called American Songbook of repertory from plays and movies; though many Blue Note artists certainly played these works, too, the core of the label’s repertory was rooted in instrumental improvisation—and in the musicians’ original compositions, which the label emphasized, by paying its musicians to rehearse, to prepare to record original pieces that were both unfamiliar and complex. (Wolff documented many of these rehearsals, as in an image of Miles Davis, pencil in hand, working on a chart for a 1953 session, and in the one of Bud Powell, in the company of his son, Earl John, rehearsing the 1958 album “The Scene Changes,” on which all nine pieces are Powell’s originals.) It’s as if the label were setting up a classical modern-jazz repertory that rendered black American music an instant modern American counterpart to the European classical repertory and a part of the avant-garde music of the day. 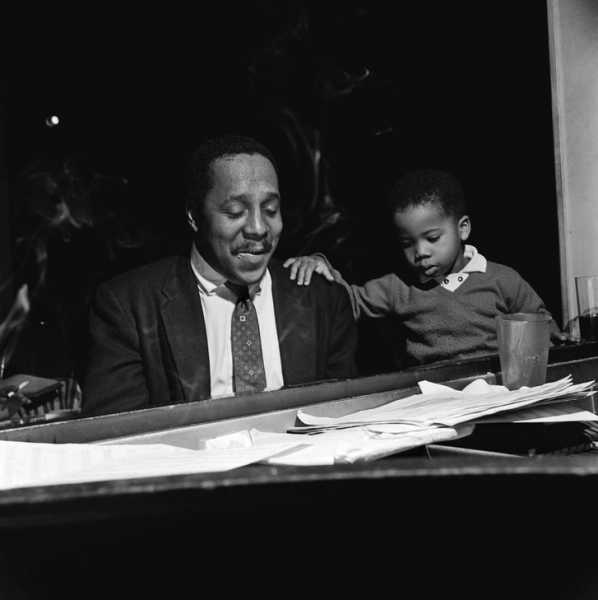 Most of the musicians in the photos, and in the Blue Note catalogue, were young—in their twenties and early thirties. Lion and Wolff—whose tastes were expanded by their close consultation with the veteran saxophonist Ike Quebec, who also recorded a wide range of albums for the label—found that the jazz they loved was significantly a youth movement. In the nineteen-fifties and sixties, they recorded, as leaders of groups, Clifford Brown, Herbie Hancock, Freddie Hubbard, and Bobby Hutcherson at twenty-two; Larry Young and Tyrone Washington at twenty-three; Sonny Clark, Grant Green, Hank Mobley, and Joe Henderson at twenty-six; Lee Morgan and Tony Williams at eighteen. (The latter, a drummer, began recording for the label in 1963, in Jackie McLean’s band, at seventeen.) The saxophonist on the twenty-four-year-old Bud Powell’s classic 1949 quintet date (the band was expressly called “Bud Powell's Modernists”) was the eighteen-year-old Sonny Rollins. 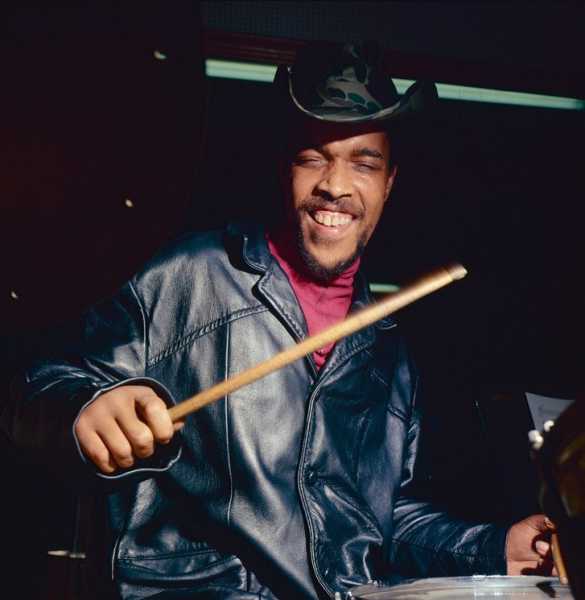 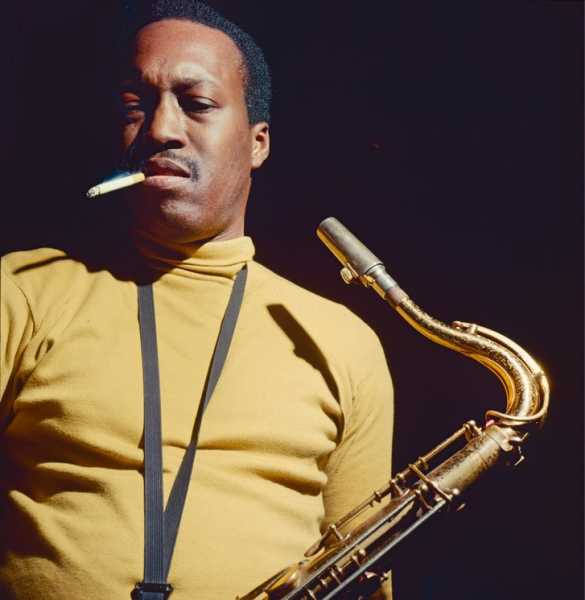 The names of many of the musicians may not have been known beyond the cognoscenti, but the prominence of the label and its associations helped to expand those ranks. Thelonious Monk’s first recordings as a leader came with Blue Note; John Coltrane recorded only one album, a historic one, “Blue Train,” there, in 1957 (and worked as a sideman on several other major Blue Note albums); the boldly modernistic pianists Herbie Nichols and Andrew Hill recorded a major body of work there. Other crucial modernist innovators were there, too, in the mid-sixties: Eric Dolphy recorded “Out to Lunch” at a key turn toward further extremes of the avant-garde months before his death, at thirty-six, in 1964; Cecil Taylor recorded two gloriously complex and explosive albums there; and Ornette Coleman recorded a spate of Blue Note albums, too (including one with his ten-year-old son, Denardo, as drummer). 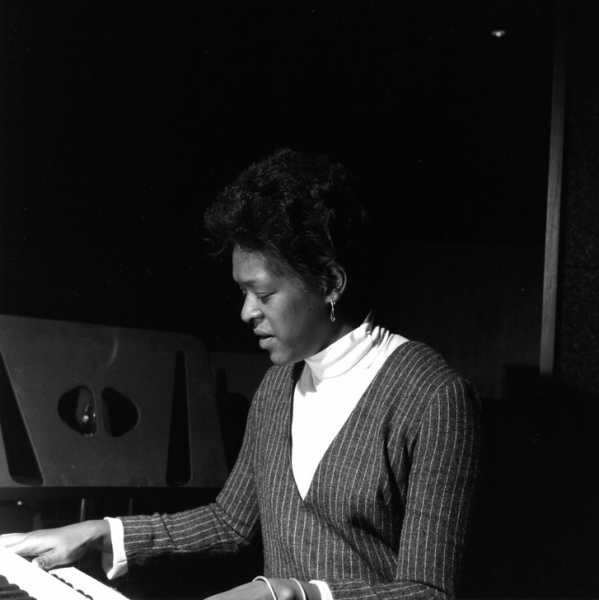 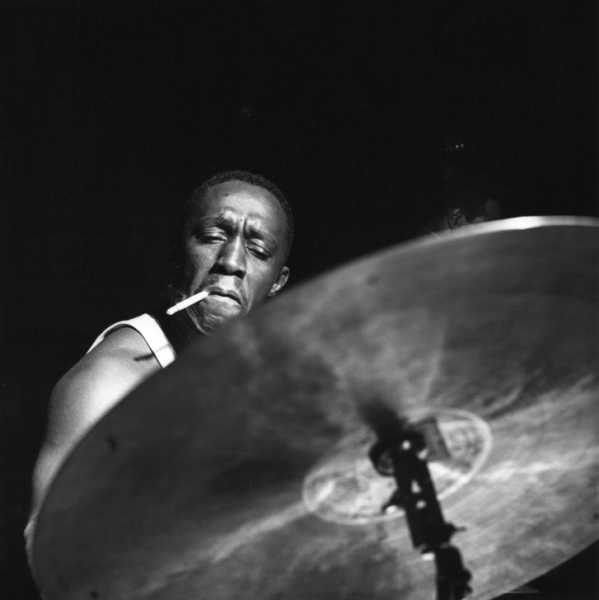 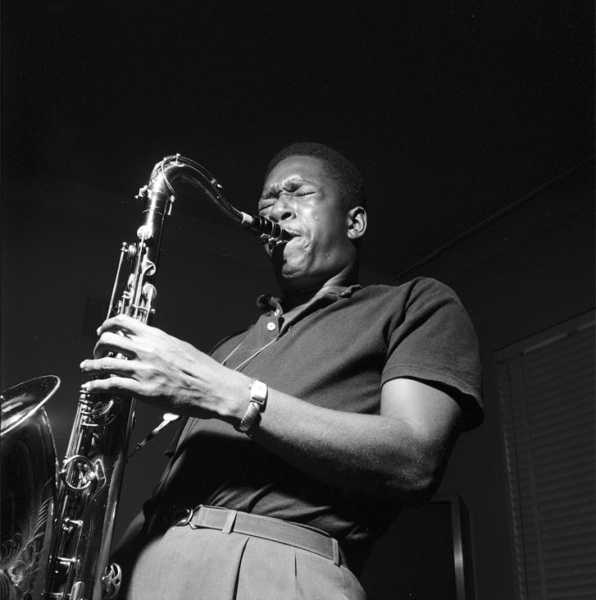 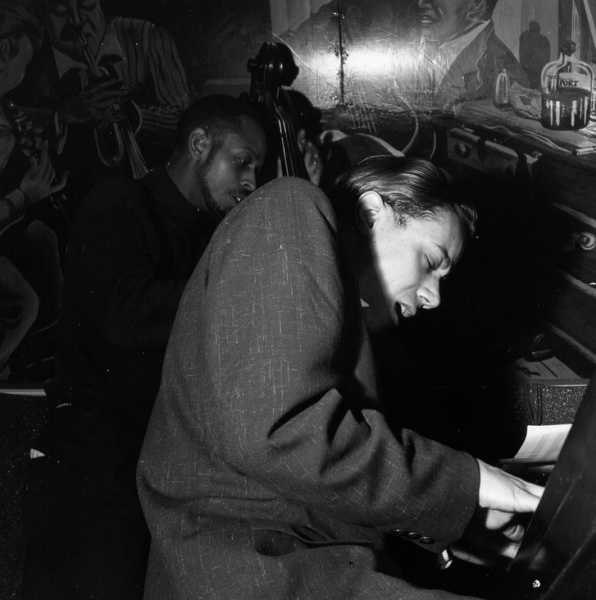 Blue Note was, and is, also a business, and Lion and Wolff needed to sell records; not all the music was a part of the avant-garde. They also recorded music that was close to the R. & B. tradition—yet this, too, they recorded with enthusiasm and respect. They both noted and fostered the continuities between popular and intellectual black American music, including in their inspired mixing and matching among musicians for recording sessions, bringing younger and older musicians, more popular and more exploratory ones, together fruitfully. What’s more, even as Blue Note’s studio recordings (most done by the engineer Rudy Van Gelder, first in his parents’ living room, in Hackensack, New Jersey, then in his custom-designed studio in Englewood Cliffs—and Wolff’s photos display these singular spaces) helped to define an era, the label was also a pioneer of live-in-concert night-club recordings, which gave several artists (especially Art Blakey, Jimmy Smith, and Sonny Rollins) unusual and effective showcases. The musicians who recorded for Blue Note were working artists; their recordings were business for the label and jobs for them, and the fusion of their labor and their art meshes with Wolff and Lion’s fusion of their enterprise and their enthusiasm to create a catalogue, both sonic and visual, that’s a product of love on which the transmission of art, from generation to generation, depends. 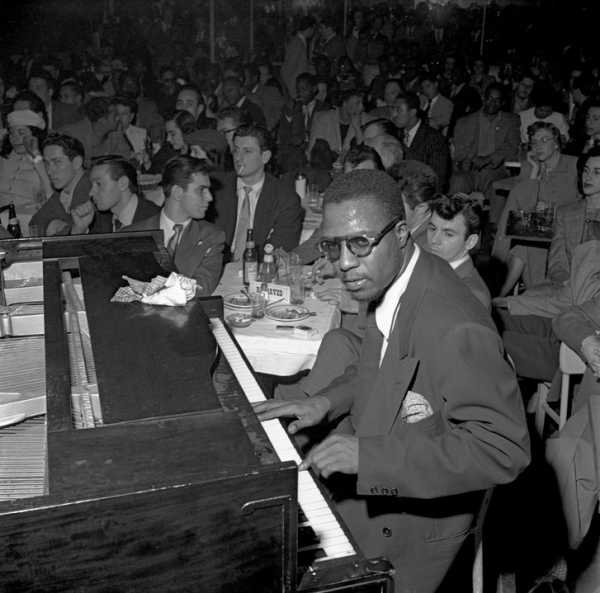 US Lacks Enough Coronavirus Tests to Let People Go Back to...

Some 666 People Detained in Turkey for Criticism of Afrin Op...