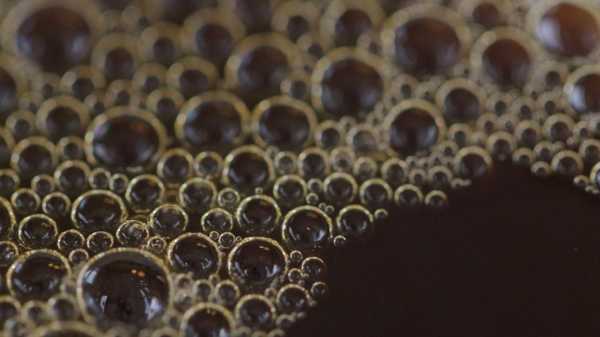 In the new wave of coffee fanaticism, attention to tasting notes and pairings rivals that of the world of wine.

Coffee, ambrosia of the capitalist and the creative alike, is many things: a fixture of social ritual, the product of a vast agricultural production steeped in colonialist history, and the most widely used psychoactive drug in the world. Entire economies rest upon its cultivation and its caffeine content. Its modern permutations go far beyond cream and sugar: fair-trade designations, additions of alternative milks such as soy or pea-protein, a preparation with butter and oil (for optimized biohacking), or simply with a piece of shortbread dunked in. It has inspired legal and moral crusades and “love is brewing” theme weddings. The latest installment in The New Yorker’s Annals of Obsession video series features a group of specialty-coffee experts and explores the fringes of the fascination.

“Coffee-geek culture—there’s a lot of us,” Aida Batlle, “a fifth-generation coffee farmer and a first-generation coffee celebrity,” says. “We’re just crazy, passionate nerds.” Hana Kaneshige, an educator at the Durham roasting company Counter Culture Coffee, illustrates an American history of mass coffee consumption, beginning around the turn of the twentieth century. The first wave, commodity coffee, included instant coffee, coffee tinned by the pound, diner coffee, Postum. The second wave heralded the specialty era (the cognoscenti credit Starbucks for its rise), which placed the focus on brewing technique and taste. For the owners of the Bushwick café Sey, the evidence of third-wave coffee is in the gram scales, micro-lots, extractions, varietals from the same single grower; the concern is sourcing, quality, and a technocratic attention to craft. A fourth wave may involve perfect home brews, ready-to-drink beverages, or some even more radical agenda.

The U.S. Coffee Championships showcase the competitive side of appreciation. At the CoffeeChamps qualifying round, in Nashville, professionals demonstrate their ability to detect notes of heirloom tomato and toasted herbs. Cupping, the gold standard for tasting, is practiced by hunching over a series of different samples with a bowl-shaped spoon and slurping intently. (The tasters at revolving tables straddle traditional cupping spittoons.) Analyzing the flavor profile and body of a brew is a nuanced task. “The number of aromatic compounds present in roasted coffee is greater than that of wine,” Kaneshige says. “There’s, like, a thousand.”

There’s a hint of younger-sibling rivalry in the way that coffee geeks refer to more established connoisseur cultures. “I can, like, relatively confidently say that if you were willing to spend somewhere around four to five dollars on a cup of coffee a day, you’re drinking the best coffee in the world,” Lance Schnorenberg, the co-owner of Sey Coffee, says. “You just can’t say that about wine or any of these other things that people get really obsessive about.” Other obsessives agree. “I don’t understand why we can’t put coffee on the same pedestal,” Sara Samplawska, a Sey Coffee regular, says. “More delicious than a thousand kisses, milder than muscatel wine,” Johann Sebastian Bach writes, in his “Coffee Cantata,” from the eighteenth century. “Coffee, I have to have coffee.”

“Searching,” Reviewed: A Lifeless Thriller Plays Out on a Computer Screen...

VIDEO: Kerry has conquered another Kingdom – this time in the...