Home Culture The Search for a Missing Brother on the Casino-Bus Circuit in Queens... 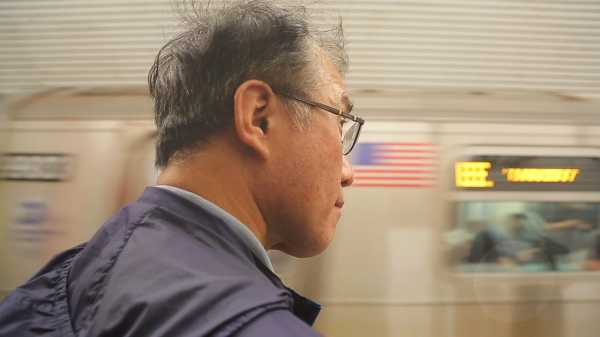 These were the impressions that Tai S. Kang, an ethnographer of Korean immigrants in the Flushing neighborhood of Queens, New York, documented in a report in 1990. Twenty-five years had passed since President Lyndon B. Johnson signed the Immigration and Nationality Act of 1965, drawing hundreds of thousands of Koreans to the United States. New York City, and Queens in particular, was a prime destination. Today, there are as many Korean-Americans in Queens as there were in the entire U.S. in 1970. And, although Flushing is tonier and more developed than it was in Kang’s time, it remains the dense, polyglot domain of new, poor, and working-class Asian immigrants trying to find their place.

Yeong-Ung Yang, a photojournalist and multimedia producer with Newsday and a freelance filmmaker born and raised in Seoul, has spent much of the past decade capturing the unglamorous reaches of Korean life in New York. In 2013, he began to document the “bus kkun” (bus riders) who earn a subsistence living riding the private buses that connect Flushing’s Main Street to casinos in Pennsylvania, New Jersey, and Connecticut. Morning and night, dozens of mostly middle-aged Korean and Chinese immigrants pay a small fee for a bus ticket. Once at the casino, they receive free vouchers for food and gaming, which they then sell for forty dollars or so on the black market. It’s an acceptable per diem for the bus kkun, many of whom are homeless and addicted to gambling, or isolated, bored, and out of work.

Three years ago, after Yang published photographs of the bus kkun in Korea’s Hankyoreh newspaper, a man named Chang-Nam Ko got in touch. Ko was looking for his younger brother, Chang Joo Go, who’d come to New York to escape a debt collector in Seoul, then fallen out of touch. In 2016, Ko arrived in Flushing to retrace his brother’s steps. He suspected that Chang Joo’s money troubles had led him to the casinos—“He was lured by something evil,” Ko told Yang. Ko walked the length of Main Street, showing bus kkun an old image of Chang Joo in a button-down shirt and a V-neck sweater. A few thought that they recognized him.

One evening, Ko boarded a bus to the Sands Casino Resort, in Bethlehem, Pennsylvania, and spent the night trawling rows of slot machines and blackjack tables for clues. The search for his brother continues.

Bread and Circuses: WSJ Tries to Bury Its Own Deep Dive...

The most powerful moment of the Whitaker hearing had nothing to...