Home Culture The Shaming of Geoffrey Owens and the Inability to See Actors as... 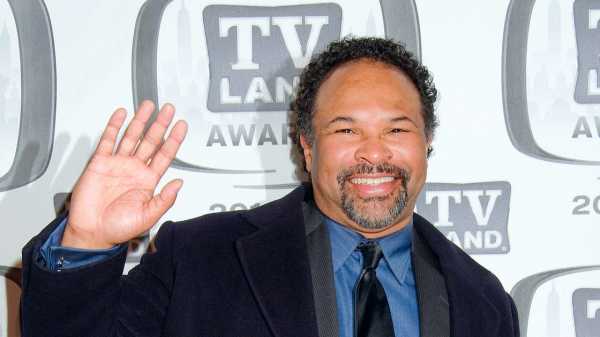 Not long ago, I was visiting the set of a popular TV show for a story and recognized an actor who was there shooting a guest spot. I remembered Geoffrey Owens not from “The Cosby Show,” on which he played Elvin Tibideaux for five seasons, but from my sophomore year at Yale, where he was teaching undergraduate acting. Owens, the son of the former U.S. congressman Major Owens, had himself graduated cum laude from Yale, in 1983, and has since taught at Primary Stages and Columbia University. He’s also been on Broadway—most recently in 2013, in “Romeo and Juliet”—and on prestige TV shows such as “The Affair.”

In other words, Owens is what we think of as a successful working actor: known but not a “celebrity,” with an IMDb page that rarely skips a year. Apparently, that’s why a woman shopping at Trader Joe’s last week, in Clifton, New Jersey, was so jarred to see Owens bagging groceries that she snapped his photo and sent it to the Daily Mail, which ran the headline, “From learning lines to serving the long line!” Fox News picked up the story, and on Saturday a Twitter storm erupted—most of it shaming Fox News for shaming Owens for working for a living. “So, 26 years after one TV job, this guy looks differently (shock) and is earning an honest living at a Trader Joe’s. The people taking his picture and passing judgment are trash,” the actor Justine Bateman tweeted. The editor Max Weiss wrote, “RT if you think Geoffrey Owens took a much more honorable path in his life than Bill Cosby.” Even Dana Loesch, the N.R.A. spokeswoman, weighed in: “I hate stories like this. He’s a man working hard, there’s shame in publishing this story but not in this man’s job.”

As egregious as the story was, it was a fitting subject going into Labor Day weekend. We don’t tend to think of actors as laborers, despite the robust unions that represent them—Actors’ Equity and SAG-AFTRA. The most visible actors serve as aspirational figures, celebrated (or vilified) for their glamour and luxury. When we do hear about salaries, even in the context of gender discrimination, it’s often in the million-dollar range. As plenty of people pointed out on social media, conservative outlets like Fox paint Hollywood actors as coastal élites, out of touch with working Americans, only to turn around and “expose” one of them for earning a paycheck. There was, of course, a racial element as well, which the writer Mark Harris described as a subtext that begins “See? Even when you give them every opportunity, they still end up. . . .” One wonders if Owens would have drawn any attention if he’d been spotted working as a coal miner or some other “salt-of-the-earth” job thought of as honorable and manly, rather than in a “softer” form of labor that is itself suffering from what The Atlantic called “The Silent Crisis of Retail Employment.”

Actors have long been part of the gig economy. Roles and benefits come and go unpredictably. Side jobs with flexible hours are a fact of life. The performers I know have been office managers, S.A.T. tutors, dog-walkers, P.R. assistants, financial advisers, and, of course, waiters. One actor friend is learning calligraphy so she can start her own business. A comedian I know used to wait tables at a restaurant uptown, but she wouldn’t tell her friends which one it was, for fear of being caught in the act of working. Even when roles do come along, they can be a financial strain. One friend of mine was recently in a sold-out Off Broadway show that was critically acclaimed and extended twice, for which she earned a starting salary of five hundred and six dollars a week. Most non-performers think of the struggling-actor life as a temporary pit stop on the road to fame and fortune, but name recognition isn’t a retirement plan. It’s worth pointing out, too, that Owens is also a victim of Bill Cosby, with residual checks presumably drying up now that broadcasters are pulling “The Cosby Show” from syndication.

The Owens flareup came just three days after another actor had to explain the economics of the performing life. At the New York gubernatorial debate last Wednesday, Andrew Cuomo called Cynthia Nixon a “corporate donor” and accused her of calling in favors with the mayor’s office. “You are a corporation,” he repeated again and again. (He was talking about Nixon’s request that helicopters not fly over Shakespeare in the Park performances—an obvious public good. She also maintained that she has never made political donations through her corporation.) When Cuomo returned to the subject later, insinuating that Nixon was taking advantage of tax loopholes, she explained: “Having a corporation is something that actors have all the time. It’s like being a small-business owner or a freelance worker.” She also denied media reports that she was worth “tens of millions of dollars,” when the moderator asked her, on the spot, if she would forego the governor’s salary. (She said yes.)

Surely Nixon lives a comfortable life, but the focus on her personal wealth—and not Cuomo’s—implies some privilege over and above the work that she’s done as an actor. By undervaluing the labor of creative professions, we put artists in a double bind: their artistic work isn’t seen as work, but it’s also assumed to be so lucrative that any non-acting job they might pursue is suspect. Geoffrey Owens and Cynthia Nixon both became famous after starring on beloved sitcoms, which means that their work had value for millions of people. And yet we can’t help making presumptions about their bank accounts, as if acting is less a career than a ticket to dreamland. Perhaps it’s time to stop differentiating what kind of work we think is “real”—whether it’s acting, bagging groceries, writing (hi!), governing a state, or tilling the fields—and start valuing hard work in whatever form it comes.

The Summer Idyll of Free-Range Children Should Last All Year |

Video: Countdown Clock Projected on 10 Downing Street as UK About...