Home Culture The Startling Sweetness of “The Other Two” | 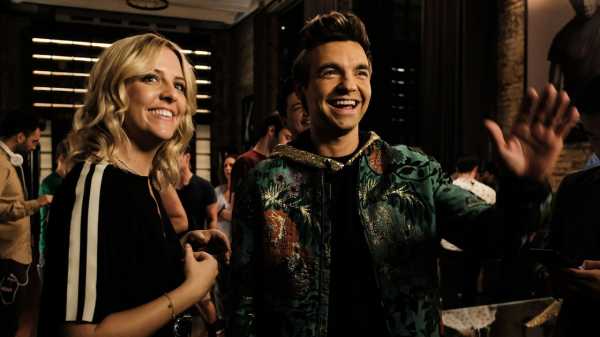 “The Other Two” (Comedy Central) folds together an inside-show-biz satire and a comedy of thirtysomething malaise. The title characters are the much older siblings of the thirteen-year-old Chase Dreams (Case Walker), who achieves overnight pop stardom on the strength of a YouTube hit titled “Marry U at Recess.” “Some in the music industry are already calling him the next big white kid,” a reporter says in a series-opening montage of entertainment-show clips. Chase is a total sweetheart, and he’s perfectly compliant with the demands of a flop-sweating Svengali (Ken Marino) who, for example, binds his throat to delay the protrusion of his Adam’s apple—anything to extend his shelf life as a tween heartthrob.

Created by Chris Kelly and Sarah Schneider, “The Other Two” has a melancholy and an off-kilter kindness that undergird its cutting jokes and rude gags. Chase’s mom (Molly Shannon) isn’t quite a stage mother, just a regular supportive parent who tags along on the ride to fame in part to evade grief—her husband died six months before the plot kicks in, under circumstances that the show is slow to tease out. Chase’s brother Cary (Drew Tarver), a struggling thirty-year-old actor, has a face built to communicate a Jason Bateman-worthy vocabulary of baffled indignation and incredulous offense as he crawls through his professional life—pity the actor-slash-waiter whose agent is played, at full schlub, by Richard Kind. Cary is gay, and his roommate, though putatively a straight guy and plainly a basic bro, has a destabilizing way of hooking up with him. The scenes between, merging slapstick mishaps with sneaky sensitivity, exemplify the show’s sweetly startling tone and original rhythms. Their sister Brooke (Heléne Yorke) has no career other than self-delusion, and she is well poised to throw herself into the role of Chase’s hanger-on. The show humiliates her several times an episode, and half of the time she deserves it. (“I wish it was still O.K. to say ‘retarded,’ ” she says, of a loitering ex-boyfriend constructed along the dopey lines of “30 Rock” ’s Dennis Duffy.) But she also excites sympathy at unexpected moments. Despite their envy of Chase’s cartoonish fame, Brooke and Cary protect the kid with a realistic love.

Cary tries to parlay his secondhand glamour into paying gigs; Brooke wipes out surfing the waves of the celebrity circuit; both are frequently humbled by the worldly ease of younger millennials. The show, in its daffy way, is in tune with both the routine disgraces and great degradations of our age. A running gag finds Kind’s multitasking agent competing in a decathlon of the gig economy. One joke has Brooke, briefly employed at a luxury tower, greeting a potential buyer who gives his name as “Global Buy-In Fund, L.L.C.”; another finds her sending photo evidence of the fabulous life to a friend who is, at that moment, investigating the water crisis in Flint, Michigan.

In its commentary on popular culture, “The Other Two” encompasses fond teasing of Bravo and E!, disgusted satire of celebrity discourse, and attacks on Internet influencers ranging from the #trite to the impishly innovative. It’s a mixed bag of stale bread and fresh parodic pastry. A reporter on the red carpet quizzes Chase on his tastes: “Boxers or briefs? Red or yellow? Israel or Palestine?” An actor old enough to pass as Chase’s mother plays an eleven-year-old makeup-tutorial guru. The machinations of Chase’s label produce the flattest jokes, despite the presence of Wanda Sykes as a publicist closely monitoring the reaction to his socially conscious sophomore hit, which is on the theme of his brother’s sexuality: “Everyone here loves the video,” she says. “Its message is so . . . strategic!” The charm of “The Other Two” is in its stubborn belief that sincerity has value; its comedy is in the caricature of a world where sincerity is just a brand.

Mick McCarthy not phased by lack of top-flight performers

Jony Ive, a design legend who helped create the iPhone, is...

An exchange at an LGBTQ forum reopens questions about Joe Biden’s...