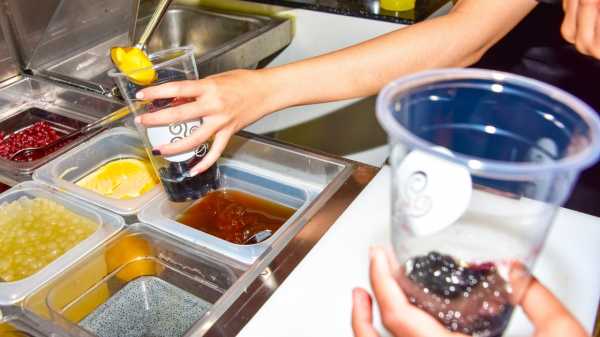 On a September evening this year, a twenty-one-year-old radiology student in Melbourne named Angela Kang and her younger brother were once again cracking jokes about their Asian upbringing. Not that it hadn’t been comfortable—Angela and her brother had all the piano lessons, tutoring, and private-school education that their parents, who worked multiple jobs and had started multiple businesses, could provide. Not that it hadn’t been inspiring—when Angela’s parents immigrated to Australia, at nineteen and twenty-two, they were so poor that they slept on mattresses made out of milk crates.

Yet, alongside these sacrifices, the comical side of the family narrative has been present. Angela learned that being the daughter of Chinese immigrants sometimes means patiently explaining that not every female artist on the radio is Taylor Swift, or diligently using a Bionicles toothbrush that her mother gave her for Christmas, despite having no interest in Lego. That night, they started messaging their friends, who had similar stories and culture-straddling upbringings, and started the Facebook group Subtle Asian Traits. Since then, the group has become a happy home to memes that center on the experience of being a second-generation Asian living in a predominantly English-speaking culture. It’s also skyrocketed: a million strong, with participants from ninety-nine countries.

Angela and her friends sparked an online space where cross-cultural memery abounds. Bilingual plays on English slang—in Mandarin, Cantonese, Korean, Vietnamese, or Japanese—are frequent. One text post reads “white parents: my child can play two instruments//chinese parents: 奇怪的flex但是可以,” which translates the “weird flex, but O.K.” meme into Chinese. Another, relying on Vietnamese to make a pun, jokingly claims that the best type of girl is “hiền on the streets, điên in the sheets.” (Meek on the streets, crazy in the sheets.) Members post screenshots of awkward text exchanges between them and their parents. Jokes about unhealthy bubble-tea-drinking habits are omnipresent. Even simple text-only posts like “calling your friends by their Chinese name to assert dominance” can garner thousands of likes.

For most members, Subtle Asian Traits is just a meme group, a place to brighten a Facebook newsfeed with short and silly posts; but, for others, it’s a springboard for in-real-life friendships and new understandings. Jin Angeles, who is twenty-six and lives in Toronto, told me that he has become much less apprehensive in opening conversations about his own Asian upbringing—topics that, before Subtle Asian Traits, would only come up if some event occurred to break a silence that he had never quite noticed before. Peter Hamilton and James Hamilton, a pair of “legitimately almost estranged” Korean-and-Irish-American twentysomething brothers from Seattle, Washington, have renewed their relationship “solely through tagging each other in comments,” Peter wrote in a post in which he was advertising his brother as “open to dm’s” from available suitors in the group.

The creation of such a collective is not totally surprising. Meme groups have become a nontrivial cultural phenomenon—from the controversial Harvard Memes for Elitist 1% Tweens to New Urbanist Memes For Transit-Oriented Teens to Biochemistry Memes Depicting Intracellular Scenes. But Subtle Asian Traits suggests how meme culture has become a platform for generational self-reflection. The format of the Facebook group promotes a digital solidarity: as posts explode with likes and comments, members individually tag close friends in the comments to alert them to the post. This means that a member can also see other peripheral friends or acquaintances (highlighted by Facebook algorithms among the thousands of names in the comments and likes) who are tagging their own close friends. People will also comment to ask friends to translate posts into other languages. This convergence of stories, whether about slapping rice bags in Asian supermarkets or the way a Chinese mother would call you to dinner as a child, becomes an overwhelming list of people who have gone through the same thing. Simultaneous conversations about identity, experiences, and historical context have never been more transparent. One member’s post asks if her family’s habit of dealing with mental-health issues by “sweeping it under the rug” is common in Asian culture, instigating a hundred-and-fifty-comment discussion. “I wanted to know if this is just my experience within my family and extended family,” she wrote in November, “or if people experience the same thing.”

Though the group is overwhelmingly Chinese, and Southeast Asians are still underrepresented, this Facebook community connects a generation realizing that its own identity as “too white to be asian but too asian to be white” is not only common but valid in its own right. The group’s learning process is perhaps best depicted in a meme consisting of three panels, each with a different expression of Pikachu alongside a caption. The first panel, a giggling Pikachu, is captioned with “Me laughing at all your relatable subtle asian memes”; the second, with a tearful but smiling Pikachu, is accompanied by “Me realizing I’m not alone in the world.” The third and last image of a surprised and slightly offended Pikachu is inscribed, “Me realizing there was nothing unique about my childhood.”

At this very moment, Subtle Asian Traits memes are being made, posted, and discussed, and the community is not done building its own support systems. Inspired by the numerous member posts advertising their single friends to potential significant others, an offshoot group titled Subtle Asian Dating was created in mid-November, and already numbers more than two hundred and sixty-five thousand members. Another member was inspired by Subtle Asian Traits to create an “Asian Creative Network” group on Facebook, which gathered more than two thousand members in one day, to connect Asians working in what is often a non-parent-approved career. There are also dozens of other offshoots: Subtle Curry Traits, Subtle Queer Asian Christian Traits, Subtle White People Traits, and more.

But regardless of whatever phase the group is barrelling through, Subtle Asian Traits has built a community out of the Kevin Lis, Tiffany Chens, and James Chois of the world. Whether through videos of enthusiastic dancing to K-pop, dark-humor memes lamenting tiger-parenting methods, or screenshots of clever responses to racist remarks in unfortunate dating-app conversations, Subtle Asian Traits is that rare Internet force for (mostly) good, an evolving portrait of a generation that is both being and learning to be unapologetically and diasporically Asian.

‘The standards have been set’ – former stars optimistic about Liverpool...

N Korea Continues to Make Progress on Missile Program – US...

US, Europe May Face Food Riots Amid COVID-19 Crisis