Home Culture The Stunning Grounds, and Tragic History, of the Lost Gardens of Heligan... 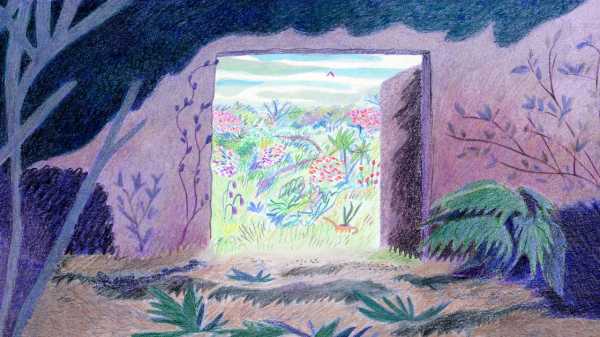 I don’t understand the point of garden visits. Why do ordinary people, the owners of mere balconies and tiny yards, torment themselves by touring other people’s grand estates? Nut trees, stables, ancestral compost heaps: I need no reminder of what I am missing. So, unlike virtually every other gardener in Britain, I had no intention of spending my summer wandering among aristocratic roses and marvelling at the fine tilth of Lord Whatsit’s sandy carrot beds. All those rambling sweet peas make me furious; yes, Tristram, it is a handsome cardoon bed, but some of us are struggling to find space for a single extra lettuce. And then, wholly by accident, I found myself in the Lost Gardens of Heligan.

How do you lose a garden? We’ve all read Forster, Woolf, and Galsworthy; at least, we’ve watched “Downton Abbey.” We understand the tribulations of the great British country houses as the country creaked into the twentieth century: thieving footmen, deranged ladies’-maids, and troublesome romances between under-butlers. These were the good old days of hand-scissored lawns; labor was cheap, the poor still had caps to doff, and, if the discreet charm of the poshingtons’ comfortable lives depended on scullions washing crystal glasses as dawn broke, at least the natural order was intact. Partridges do need de-boning. Knot gardens don’t prune themselves, you know.

Then everything stopped. It wasn’t only the firm-jawed elder heirs to complicated inheritances who fell, elegantly, during the four long years of the First World War. Hundreds of thousands of ordinary servicemen, and some women, were killed or mutilated at the Somme and Ypres; because they were recruited together, entire villages, households, and families were decimated in a single day. Suddenly, as we Brits still often say, one couldn’t get the staff. The literature of interwar Britain is full of bad food, dirty floors, and surly amateurish cooks and cleaners. Middle-class women learned to do it themselves; high taxation and death duties meant that big houses were divided or sold. But who would look after the gardens?

In 1914, a staff of twenty-three tended the grounds of the Heligan estate, an unremarkable stately home in Cornwall, at the southwestern tip of England. It had belonged to four generations of the Tremayne family, gentlemen plant-enthusiasts; if you think your modest garden takes a lot of work, imagine hundreds and hundreds of acres of rarities. There were fan-trained peaches and melon yards to maintain, delicate tropical trees to swaddle, famous camellias and rhododendrons and, behind it all, out of sight, a complex and labor-intensive infrastructure of rainwater gulleys, sawmills, and steam-powered greenhouse heaters. By the end of the war, nine Heligan men—gardeners and laborers—were dead.

Who now had time to look after any garden, particularly one on the scale of Heligan? It grew unkempt, then neglected, and, when the property’s childless squire moved to Italy, in 1923, abandoning his monkey puzzles, tree ferns, and magnolias to a series of uninterested tenants, the Georgian Ride, the Mushroom House, and Grotto were quickly forgotten.

Even the most casual gardener knows how quickly cultivated plants can run amok. In my favorite American children’s book, “McBroom’s Wonderful One-Acre Farm,” by Sid Fleischman, poor farmers are saved by the absurdly pumped-up fertility of their tiny smallholding. I always think of that story when I’m in Cornwall, a peculiar, beautiful place full of underpopulated corners where history lies almost ignored and where, thanks to its microclimate of soft rain and warm breezes, every hedgerow is a rampaging orgy of plant life. At Heligan, the soil was manured, aerated, and assiduously double dug for centuries; plants must have been queuing at the gates. Imagine the thick, wet, fertile quiet, coupled with that delicious dirt: precious specimens, left to their own devices, silently gorging, seedlings and weeds running wild. Within weeks, the paths would have been entangled with bramble and honeysuckle, the herb garden strangled with bindweed. For decades, Heligan grew untamed.

Then, in the nineteen-nineties, a new owner, a distant Tremayne, was exploring the jungle when he discovered a door in a wall and gradually uncovered not only a sophisticated and beautiful garden beneath the wilderness but the remnants of a world frozen on the edge of terrible change. There was a half-filled bucket of coal waiting to fire the steam-powered boiler. Young men, about to go to war, had written their names in pencil on the whitewashed walls of the Thunderbox Room; there was a pets’ graveyard, a pioneering kiwi-fruit vine, a head gardener’s tea kettle, and a pineapple pit, heated with fresh manure.

After an intensive restoration process, involving plant uncovering, well rejuvenation, and debates about the authenticity of electrical heating, the gardens were opened to the public: not as another impressive estate but as a First World War “living memorial” recognized by the Imperial War Museum, in London. Now any ignorant city-dweller can nod knowledgeably at the charcoal burner and beehives, admire the Technicolor banks of dahlias in the cutting garden, and covet—in my case, quite violently—the brass watering cans and elaborate glasshouses, with their beaver-tail glazing and delicious levers. The urban farmer within each of us can thrill to the smell of freshly sawn tree trunks, to cogs and pulleys, icehouses and watercourses. But the point of Heligan is archeology, not nostalgia; in some ways, it is the perfect antidote to garden envy. It’s full of walls of bee boles, cobbles, and potting sheds: a beautiful monument to hard work, anonymous labor, and shattered innocence. And it will break your heart.

“I call her a modern-day prophet”: Marianne Williamson’s followers want you...