Home Culture The Summer of Coupon Carl, Permit Patty, and the Videos that Turn... 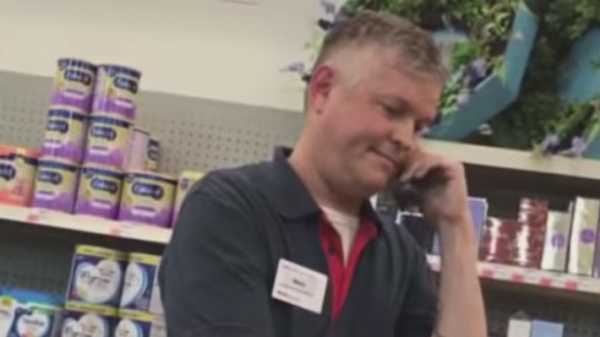 This season, a string of recordings documenting quotidian social aggressions has been accumulating in our social-media feeds, clip by clip, like some portentous summer garland. The videos are shakily produced—shot by the rightfully indignant, who, in a matter of minutes, have realized that they must take up the role of gonzo filmmaker in order to protect reputations, freedoms, and, potentially, lives. They have a sick synchronicity, revealing an irrefutable pattern of behavior in their protagonists. Let’s call them the cop-calling tapes.

We scroll our calendars back to April, when an employee of a Starbucks in Philadelphia illustrated her corporate loyalty and racial superstition by calling the police to report that two men—later identified as the twenty-three-year-old real-estate agents Donte Robinson and Rashon Nelson, who were at the coffee shop waiting for a third associate—had not bought anything and were refusing to leave. The men were arrested; handcuffs make anyone look guilty of something. But the employee’s version of events, which may have easily been established as the official record, was soon eclipsed by footage of the incident, uploaded by a writer named Melissa DePino. Her vantage point, from the table at which she is still seated, is that of the suddenly activated witness. Her video shows a riled white customer in the foreground, coming to the defense of the men being arrested. He asks an officer, “What did they do? What did they do?”

The composition accelerates empathy: the third-party outrage, expressed by the white male citizen, who is assumed to be more sober-headed than the always aggrieved black one, legitimizes our own in a way that the men’s first-person testimony would not have. The video crystallized the way in which unnecessary 911 calls precipitate the kinds of police interaction that can end catastrophically for black and brown people. It also showcased the banality of racism: it was a reminder that coffee shops, with all the dawdling they encourage, are a “white space.” Later, after the Philadelphia police commissioner retracted his defense of the arrest, DePino told NPR’s Code Switch, “I know these things happen, but I’ve never actually physically witnessed it myself.”

Many other recent contributions to this American genre have been recorded by victims themselves—that is, by black people whose innocuous behavior has inspired a person to call the police on them. A hallmark of the videos is the filmmaker’s narration, which tends to range from angry to bemused. The point-of-view shots provide a counterbalance to those that we see in footage from police body cams and security cameras, which masquerade as unbiased. Whatever the tone, the urgency of publicizing the hazards of “doing X while black”—barbecuing, swimming, sleeping—causes cell phones to tremble. The month after the event at Starbucks, Sarah Braasch, a graduate student at Yale in the philosophy department, called the campus authorities on her dorm-mate, Lolade Siyonbola, for napping in the common room. Siyonbola live-streamed the incident on Facebook. In one video segment, she carefully relayed what was happening as the police interrogated her, and verified her student I.D. “I am not going to be harassed,” she told the officers. Her calm was unnerving.

Crucially, many of the vignettes are absurd. They skewer white privilege, dwell on its irrationality, and, in so doing, turn aggressors into mockable memes. “Saturday Night Live” had to do little to lampoon Dr. Jennifer Schulte, who, in May, called the police on a group of black people barbecuing in a park in Oakland, and cried, from behind her sunglasses, when confronted for doing so. Schulte was given the nickname B.B.Q. Becky; the video of her, shot by Michelle Snider, a white woman married to one of the black men Schulte was threatening, has racked up millions of views. (Weeks later, hundreds went to the park and held a “BBQing While Black” party.) In June, we met Alison Ettel, better known as Permit Patty, who called the police on an eight-year-old San Franciscan girl and her mother for selling water on the sidewalk without a permit. The spectacle was enough to induce disbelieving laughter: a child participating in the American sacrament of entrepreneurship, and a grown woman inviting her to be policed for it. That Ettel was herself a cannabis entrepreneur, who sold THC tinctures for dogs (she resigned from her company after the video went viral), added a dizzying irony to the fable of cosmopolitan liberalism and its two faces. It mirrors the case of Reggie Fields, the twelve-year-old proprietor of Mr. Reggie’s Lawn Cutting Service, who was interviewed by a Maple Heights, Ohio, local-news station that same month, after his neighbor called the police on him for cutting grass over the neighbor’s property line.

We perceive a weird and ancient adrenaline in many of the cop callers, who have internalized that the police are their personal valets, ready to treat any perceived inconvenience as violence. This month brought Coupon Carl, a now-fired CVS employee who seemed to shake as he called the police on Camilla Hudson, of Chicago, for trying to use a coupon that he thought was fraudulent. Carl comported himself as a victim, but other such celebrities prefer to assume the role of the enforcer. Two occurrences invoked the history of American pools as a site of segregation. Stephanie Sebby-Strempel, a.k.a. Pool Patrol Paula, was arrested and charged with assault after she hit a black teen-ager who was swimming in a pool in South Carolina. Adam Bloom celebrated Independence Day by calling the authorities on a black woman using a community pool in North Carolina. Their images could be in a triptych with Horace Cort’s 1964 photograph of James Brock, the manager of the Monson Motor Lodge, in St. Augustine, Florida, pouring acid in his pool as black protesters conducted a “swim-in.”

One incident, caught in May, unfolded differently from the others. A Memphis real-estate developer named Michael Hayes recorded himself talking to officers after a white woman called the police on him because she believed that he was trespassing in a house in which he was in fact working. Instead of punishing Hayes, the police admonished his antagonist. “If you try to do anything to stop him, I’m going to take you to jail,” an officer told the woman. Vox described the event as a “refreshing twist.”

Indeed, ever since March, 1991, when a thirty-one-year-old plumber named George Holiday captured the felling of Rodney King, we have been accustomed to citizen-authored police recordings having tragic dénouements. In April, in Crown Heights, after Saheed Vassell was killed by cops for wielding a metal pipe, I heard his neighbors ask, “Who called the police on him?” All year round, but especially in summer—the summer of Eric Garner, the summer of Mike Brown, the summer of Sandra Bland, the summer of Philando Castile, whose bleeding-out, behind the wheel of his car, was live-streamed by his partner, Diamond Reynolds—the Internet teems with videos of police brutality. Because most of this summer’s videos do not depict physical assaults, they read as satire—“America, you’re on ‘Candid Camera’!” But the alliterative nicknames of Coupon Carl, Permit Patty, and their cohort are only superficially cutesy. An Aesopian warning issues from each piece of footage. In an era in which America’s leader models a racism seemingly immune to humiliation, I suspect that, for many viewers, the lesson is about money, rather than humanity: Can you afford to lose your job over a coupon?

Ghislaine Maxwell Ordered Into Custody of US Marshals, Case Transferred to...

Amazon one of many US companies Trump has attacked