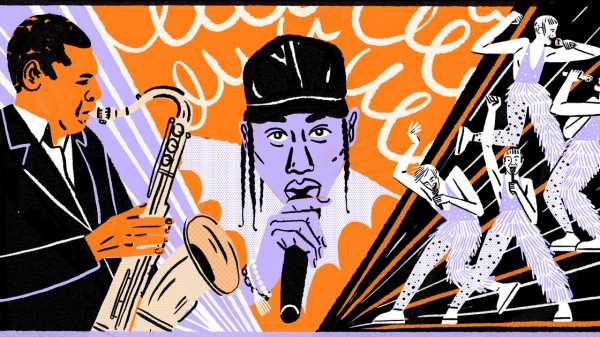 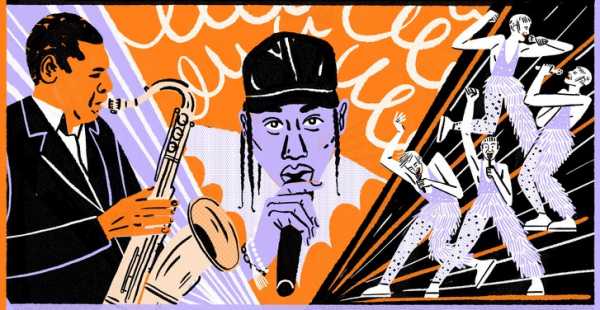 If you are a person who believes, as I do, that popular music is a mirror of sorts—that it reflects something undeniable about the national condition at any given moment—then it appears we were all feeling pretty bummed out in 2018. The story is written right there on the charts: “Sad!,” “Rich and Sad,” “In My Feelings,” “This Is America.”

Streaming has made it easier than ever for dedicated listeners to retreat deeper into cocoons of their own making. At times, this felt like an uncomfortably apt reflection of a year in which communication itself turned fraught and unsteady. Sometimes the easiest way to deal with heartache and frustration is simply to place your hands firmly over your ears and stop listening to the other side. That impulse—to protect yourself, and hold steady in your beliefs—is cold and vulgar, but occasionally necessary. “When we are nice to others, we generally lose all claim to their respect,” Marcel Proust once wrote. “Nice for what” is how Drake phrased it.

Still, the charts proffered some highlights in 2018—moments of extraordinary ingenuity and verve. Fans feverishly awaited significant new releases from the Swedish pop singer Robyn (“Honey,” her eighth and most artfully produced record, repositions desire as a virtue rather than a weakness) and the Bronx-born rapper Cardi B. (“Invasion of Privacy,” which immediately set several sales records, is a funny, brazen, and self-assured début.) The tough but plaintive country singer Kacey Musgraves released “Golden Hour,” a lilting and confessional collection anchored by the single “Slow Burn,” a pleasing ode to chilling out that nods to Neil Young and Sufjan Stevens. The rapper and singer Travis Scott, an acolyte of Kanye West, released “Astroworld,” his rich and multitudinous third LP, in August. The record was titled after a defunct amusement park in Scott’s home town of Houston. “Astroworld” is a party record by most any metric, but it’s also suffused with an odd, nameless longing. Whatever glories Scott is chasing, one gets the sense that it’s been a cheerless pursuit. “Sicko Mode,” Scott’s first single to hit No. 1 on the Hot 100 (the title refers to a kind of hyperproductive work state), is built around a sample of the Notorious B.I.G.’s “Gimme the Loot.” I suppose if we can’t find happiness we can at least find great riches.

For me, the biggest—and most hopeful—pop-music story of the year was the uncanny sturdiness of Ariana Grande, whose new album, “Sweetener,” was in large part a response to the bombing, in 2017, of her concert in Manchester, England, in which twenty-three people—ten of them under the age of twenty—were killed, and more than eight hundred were injured. Less than three weeks after the release of “Sweetener,” Grande’s former boyfriend and collaborator Mac Miller died, of an overdose, in his Los Angeles home; a little more than a month later, she called off her engagement to the comedian Pete Davidson. It’s hard to imagine all that loss in just eighteen months—so many ghastly reminders of the tenuousness of living! Grande, who is just twenty-five, endured it with incredible grace, allowing, even, for periodic moments of joy and gratitude. Last month, she released “thank u, next,” an airy, reflective single about refusing anger and bitterness in favor of peace. “I’m so fuckin’ grateful for my ex,” she promises. “Thank u, next” was the first single by a woman to début atop the Hot 100 in three years. Perhaps the national condition is moving closer toward magnanimity.

In the meantime, here’s a list of ten records I loved in 2018, listed in alphabetical order. I am so indebted to them, and to you. Thank you, as ever, for reading. A duo from Baltimore, Beach House makes impenetrable, immersive pop music for end-of-days parties and your long, dark nights of the soul. “7” is the band’s best and richest release to date.

This year, I couldn’t get enough of Nathan Bowles’s rich, mesmeric banjo playing. I found myself telling anyone who would listen that he’s the perfect mix of Roscoe Holcomb and La Monte Young—a traditionalist who isn’t afraid to get weird. 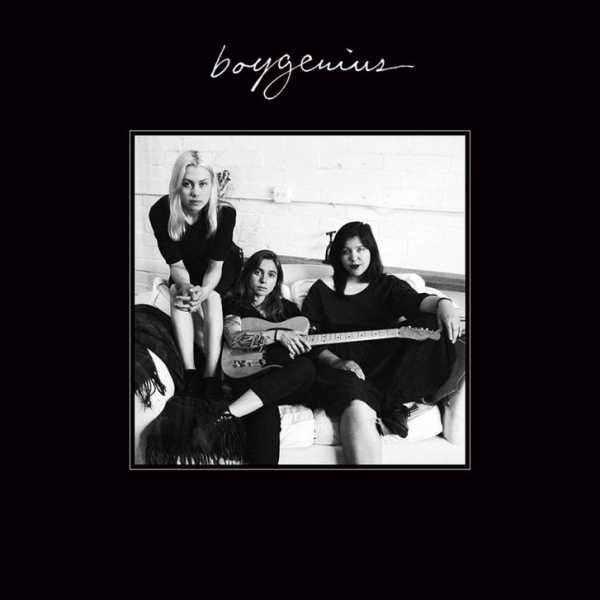 The trio of Julien Baker, Phoebe Bridgers, and Lucy Dacus started as a gentle confrontation of critics—the three women were constantly being compared to one another—but ended up being one of the most lovely releases I heard in 2018. The harmonies alone feel fated, curative.

Chan Marshall’s tenth release as Cat Power is quiet, subtle, and dusky. I would listen to her sing about anything, but on “Wanderer” she takes on the glory and the anguish of leaving home.

Lonnie Holley, “I Woke Up in a Fucked-Up America”

Lonnie Holley was born and raised in Birmingham, Alabama, in the pre-civil-rights-era South. For decades, he was perhaps best known for his trenchant and transfixing sculptures, which were often assembled from found objects. Then, in 2012, he began formally releasing music. His work is rooted in experimental and noise traditions, but it also contains an excess of love and imagination. 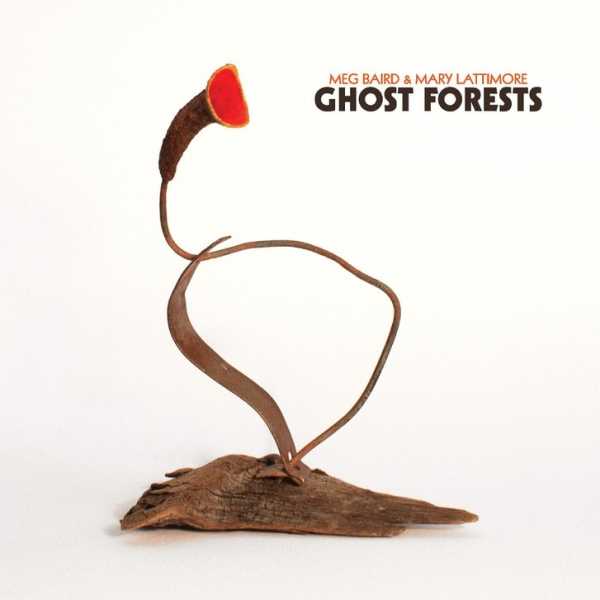 The harpist Mary Lattimore released a sublime solo album, “Hundreds of Days,” in May, and then, a few months later, this collaboration with the vocalist and guitarist Meg Baird (formerly of Espers, and presently of Heron Oblivion). “Ghost Forest” is tense and gorgeous.

It’s been eight years since Mountain Man—a trio of women who first began recording together in Bennington, Vermont—released its first (and heretofore only) album, but “Magic Ship” feels as if it wouldn’t have been this rich without time to develop. It’s heavy with acquired wisdom, and with vocals so haunting they’ll make you shiver.

A young rapper from the South Side of Chicago, Noname (the alias of Fatimah Warner) has cited Toni Morrison as a formative influence, though her career path most closely mirrors that of Chance the Rapper—another Chicago m.c. who insists upon independence from major-label interference. “Room 25” is wordy and smart, a young woman narrating her experience with thoughtfulness and fortitude.

The Toronto-based folksinger Doug Paisley seems to know something about heartbreak, regret, and the cold. His songs are quiet and contemplative, laments for everything he wanted but just couldn’t keep.