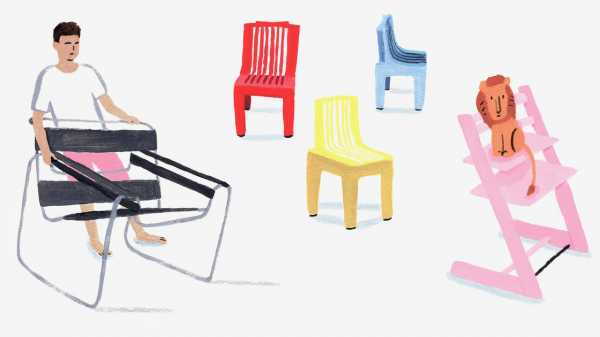 We lived in a clearing in the woods. Redwood, lots of windows—a house dreamt up by my father the architect. It wasn’t until adulthood that I saw how the house echoed the home of his childhood, situated on a lake in Dhaka, Bangladesh: a double-height living room overlooked by a balcony, tiled floors, and nineteen-eighties-issue glass bricks, instead of those concrete breeze blocks that were popular at mid-century and practical in Bangladesh’s climate.

The house was too big, too grand, too unlike our neighbors’ Colonials. The house was one more thing that made me weird, and I was already a brown sissy in an American exurb where the country’s South bleeds into its North. There were lacquered tables and fluorescent lights, and every window was bare. We were forbidden from sitting on the leather sofas or at the Le Corbusier dining table. We weren’t supposed to enter those rooms at all, although the porous floor plan made it hard to say where they began.

When he was around the age that I am now, my father had back surgery and was uncharacteristically at home, recuperating, on a day that I remember as an idle summery one, when the children were left to their own devices. I cannot remember if I thought of my father as powerful, but I can remember being surprised at seeing him feeble, stubbly, and slow. It was the sole time, I am almost certain, that I saw him wearing a robe.

My father asked me to bring a chair outside so that he might sit in the sun. The house he had designed for us gave little thought to such comforts. The chair in question was in the living room, and I loved it because its pitch was so steep that sitting in it was like shunting down a slide. I understood these chairs as precious, so it seemed a violation, against the rules, to drag one outside. I could barely lift it.

I put the heavy chair in a patch of sun on the driveway. Almost a decade later, as an undergraduate, I wrote about this. Almost a decade after that, my grandparents’ house, in Dhaka, was razed. There’s an apartment building there now. Those chairs are in my brother’s home, in South Carolina. 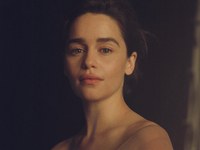 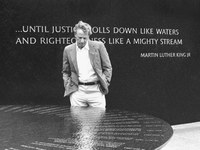 The Reckoning of Morris Dees and the Southern Poverty Law Center 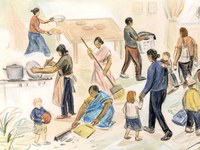 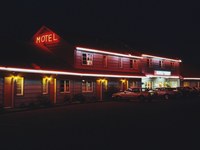 The “I Do” of Addiction 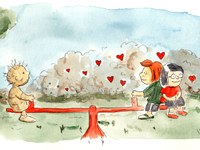 What “Peanuts” Taught Me About Queer Identity 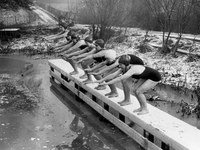 The Women Who Brave Winter Swimming at London’s Ladies’ Pond

I went to London to study. I had never felt more grown up, or terrified. I bought magazines and newspapers, trying to figure out what to do with myself. The talk of the town was an exhibition of works from the Saatchi collection, then on display at the Royal Academy of Arts. It was said to be scandalous. What a thing to do with my teen-age freedom.

Time changes everything. Chris Ofili’s “The Holy Virgin Mary,” reverently embellished with elephant dung, and Damien Hirst’s cool vitrines, preserved animals within, no longer seem quite so sensational. It was Rachel Whiteread’s casts of the spaces beneath chairs that most moved me. Little cubes of resin, the color and sheen of hard candy. It is the only work of art that I have ever wanted to lick. I think that I touched one when the guard wasn’t looking, though I knew this was wrong. I can’t remember how it felt.

Maybe we mostly enjoy art that reminds us of something about ourselves that we’ve forgotten, and maybe Whiteread reminded me of my special chair, an artifact from my boyhood. Though I have three siblings, my sole ownership of this chair was never in doubt. My mother read us “Peter’s Chair,” and it was understood that because of this yellow chair, I was like the boy in the book. After I physically outgrew it, my chair was a toy—now a palace, now a mountain, that kind of thing.

That same exhibition came to the United States a few years later. I saw Whiteread’s work again and was nostalgic twice, for both my boyhood and my young adulthood. I missed a youth that I technically still possessed. Still more years later, on the sort of idle Sunday on which you might happen into an antique store, I came across three chairs, identical to the one that had been mine as a boy, which it turned out was designed by an Italian architect of whom I’d never heard. The recognition was a shock, and I bought them without the pretense of haggle. We had only a baby in a stroller; the idea of him sitting in a chair was abstract, almost laughable.

My parents and I rarely speak, or barely speak. I think it was through the intercession of a sibling that the yellow chair I so loved made its way back to me. It had served two decades’ duty in the waiting room of my mother’s pediatric practice, but it’s a well-made little thing, sturdy and just as I remember it. To make sense of life’s chaos, we look for recurring motifs. Of course, I know that a chair is only a chair.

We have babies and then we buy—blankets, strollers, a playpen, a high chair, gewgaws, and contraptions. Maybe all that buying is more than affluent impulse; maybe it’s a way to distract from a baby’s impermanence.

Our babies grew into boys who can sit in the chairs I found for them at that antique store. It is maybe a measure of your own childhood’s happiness when you set out to re-create it for your children. Or maybe it’s selfishness, a parental folly, like putting an infant in a bow tie or a frilly dress. My kids rarely sit in those chairs, but never mind.

We bought a whole house of tasteful things, in appealing colors: wooden toys, books about art, organic-cotton towels. We bought a clever high chair and stationed it at the table, implying that this was a home of conversations over meals. Of course, babies grow and most of their stuff is rendered obsolete. Those wooden toys have long since been supplanted by what the children most want: plastic things made in China. Someday soon, those, too, will be unloved, thrown out or handed down. Most of it feels to me like little more than clutter. I wonder what my parents would say, if they came to my house and saw the little yellow chair that they gave me four decades ago.

The high chair endured with us for almost a decade. Handsome and somehow Scandinavian, it’s meant to be reconfigured as the child grows, until it’s less high, more chair. One of my boys could take it to college with him if he liked. But my younger son considers it a rebuke. He demands the privilege of a seat at the table like everyone else’s. You can give your kids the things you like; whether they will accept them is another matter.

I hand the high chair off to a woman I don’t know, optimistic and beautiful with her swollen belly. I hope she remembers, a year from now, to send me a photograph of her daughter seated at their family’s table. I wonder if her daughter, three years from now, will wonder about the boy who put a sticker of a train onto the red chair she’s always known as hers. I can’t remember which of my sons did that now.

Valentino Rossi showing no signs of slowing down at 40

Trump wants to replace imports with American goods. It’s not that...