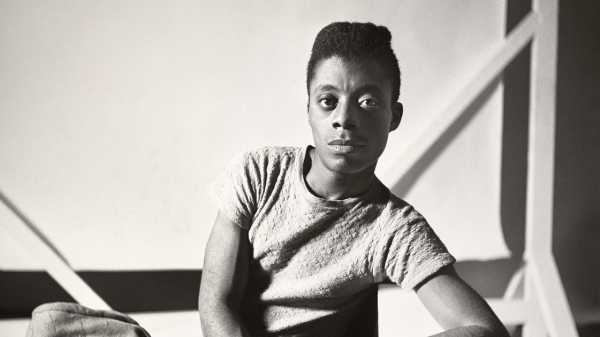 This past year, readers found their way to The New Yorker’s archive in droves, discovering classic pieces that remain as compelling and relevant today as when they first appeared. The most-read archive piece of the year was an exposé of the Manhattan culinary world, from 1999, by Anthony Bourdain, the influential chef who passed away this summer. (The essay later formed the basis of his best-selling book “Kitchen Confidential.”) Kathryn Schulz’s disquieting account of the future earthquake that may hit the Pacific Northwest came in at No. 2, and James B. Stewart’s tale of the 9/11 hero Rick Rescorla and the family that he left behind rounded out the top three.

“Hiroshima,” John Hersey’s groundbreaking 1946 report on the devastating effects of the atomic bomb, is the oldest piece on this list. It joins Shirley Jackson’s short story “The Lottery,” which was first published in The New Yorker seventy years ago, in 1948. Mavis Gallant’s true-crime report about a tragic student-teacher love affair, which ran in 1971, also found new readers this year.

In November, we published a special archival issue that featured, among other pieces, an excerpt of James Baldwin’s influential essay on civil rights, “Letter from a Region in My Mind”; his piece, from 1962, with its reflections on racism and religion, continues to resonate. Another standout was Mark Singer’s Profile of the magician and sleight-of-hand artist Ricky Jay, who died in November; the piece captures Jay’s idiosyncrasy—although he was talented enough to headline in Las Vegas, he hewed to the world of “ancient mountebanks” and “eccentric entertainers.” Joan Didion’s 1993 report on a California town that fell under the sway of the Spur Posse, a teen-age gang, was also quite popular. And David Grann remains an archive M.V.P., contributing no fewer than three of the pieces on this list—including his first piece for the magazine, “The Old Man and the Gun,” about an elderly bank robber, which has recently been adapted into a feature film, starring Robert Redford.

We hope that you enjoy this look through our archive. If you’d like to read more, please consider subscribing to our weekly archive newsletter, which brings a carefully curated selection of archive classics to your in-box every Sunday.

1. “Don’t Eat Before Reading This,” by Anthony Bourdain

2. “The Really Big One,” by Kathryn Schulz

An earthquake will destroy a sizable portion of the coastal Northwest. The question is when.

3. “The Real Heroes Are Dead,” by James B. Stewart

4. “Thresholds of Violence,” by Malcolm Gladwell

An increasingly ritualized form of violence is attracting unexpected perpetrators.

5. “Secrets of the Magus,” by Mark Singer

What should medicine do when it can’t save your life?

Amy Bishop was a neurobiologist at the University of Alabama in Huntsville. How did she become one of the most notorious mass shooters in American history?

A groundbreaking report on how six survivors experienced the atomic bomb and its aftermath.

Writing saved Edward St. Aubyn’s life. Years of psychoanalysis, and the controlled fiction that followed, deferred the threat of suicide.

What should happen when patients reject their diagnosis?

Decades ago, two young lovers were convicted of a brutal slaying. Years later, why has the case become a cause?

12. “Letter from a Region in My Mind,” by James Baldwin

Reflections on the state of civil rights in America.

How a prized daughter of the Westboro Baptist Church came to question its beliefs.

“The Sopranos” may have sparked the bad-boy revolution of cable TV, but Carrie Bradshaw was the first female antihero.

A big family, at the beach.

Cameron Todd Willingham insisted upon his innocence in the deaths of his children and refused to plead guilty in return for a life sentence. Did Texas execute an innocent man?

17. “The Lottery,” by Shirley Jackson

Fiction: The residents of a small American town gather in the square for an annual summer ritual.

A love affair that scandalized France.

19. “Trouble in Lakewood,” by Joan Didion

How a once idyllic postwar town fell under the sway of a teen-age gang.

Fiction: Confessions of a self-professed Casanova.

Living with the pain of an autoimmune disease.

Forrest Tucker had a long career robbing banks, and he wasn’t willing to retire.

How an obscure, violent novel held clues to an unsolved slaying.

25. “The Manic Mountain,” by Nick Paumgarten

What caused a violent conflict between Sherpas and Western climbers on Mt. Everest?

Concentration of players from East Kerry ‘a concern’ for inter-county team,...