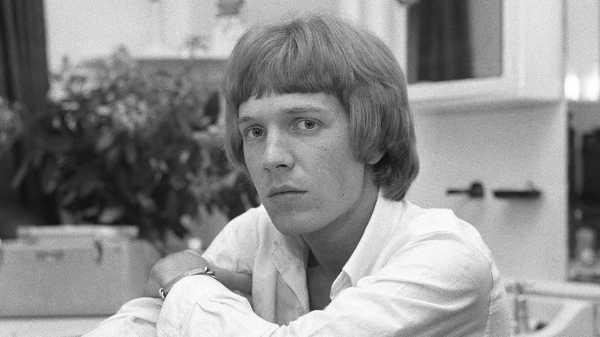 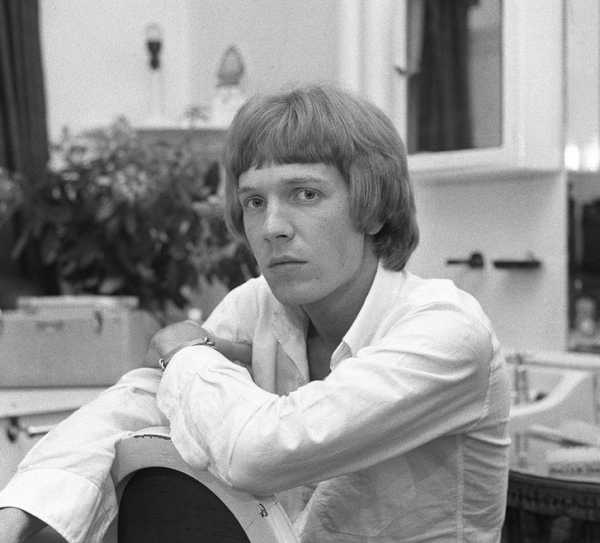 During the apex of Beatlemania, the boyishly handsome Walker, with doleful eyes and a shaggy haircut, became a heartthrob.

There are a handful of niche artists whom I love to play for friends who have never heard them before. Music critics are infamous for these sorts of overbearing displays—smugly dropping a needle to a record and then staring, expectantly. It’s awful! Yet the first time that a person hears the singer Scott Walker—who died on Friday, in London, at the age of seventy-six—a palpable transformation occurs, and it’s extraordinary to witness. At first, Walker’s music seems recognizable enough: a man singing, expertly and beautifully, over sumptuous orchestration. Maybe you notice something about his breath, or the delicacy and precision of his phrasing. Perhaps you declare it “artful” or “luxurious.” Then, the mood grows subtly stranger until whatever room you’re sitting in begins to go blurry and soft, and it’s suddenly impossible to tell which end is up, or whether you’re dying or maybe being reborn. That was Walker’s particular genius—he made music feel new and destabilizing, no matter how cynical or jaded the listener.

Walker was born Noel Scott Engel, in Hamilton, Ohio, in 1943. His father worked in the oil business, and the family moved frequently: Texas, Colorado, New York, Los Angeles. As a kid, Walker liked Ingmar Bergman films and Beat poetry; he later described himself to the English rock magazine MOJO as a “Continental suit-wearing natural enemy of the Californian surfer.” In 1961, he met the guitarist John Maus and the drummer Gary Leeds. They each adopted the last name “Walker,” and formed a trio, the Walker Brothers. In 1965, during the apex of Beatlemania, the band travelled to London, and eventually had a No. 1 single: the lovely, dramatic “Make It Easy on Yourself,” a song about begging someone to let you go quickly so that the resentment and pain don’t accrue. Walker—twenty-two, still boyishly handsome, with doleful eyes and a shaggy haircut—became a heartthrob. More hits followed. Then, in 1967, Walker quit the band. Everything that came after—fifteen studio albums as a solo artist, and three film soundtracks—was inscrutable, immense, challenging, and gloriously non-commercial.

Walker’s baritone is rich and robust in a way that reminds me, sometimes, of the men who appear on the embossed paperback covers of Harlequin romances: muscled, glistening, almost uncomfortably virile. If he’d been a less idiosyncratic or elegant singer, his voice might have made his work feel maudlin or showy. This can happen to even the greatest crooners (though Walker wasn’t a crooner, or not exactly)—even at their most lonesome, they still seem to be winking suggestively at Grandma. Instead, Walker’s voice made his songs feel wild and subversive, as if they were dispatches from some other plane.

Walker certainly wasn’t an ironist, and there was never anything unserious about his work, but one still gets the sense that he was pleasantly occupied, if not quite amused, by just how dark things could get for a person. Critics relish imbuing his lyrics with literary significance—the BBC once compared “Tilt” to “Finnegans Wake”—but I like to think that Walker was just making a series of increasingly absurd jokes about the hellishness of existence. Perhaps he is, in fact, our most prescient artist—the only one who saw the end of the world coming on, fast. On “Bisch Bosh,” from 2012, he sings in a perfectly friendly way about serving his freshly chopped testicles to another person: “I’ve severed my reeking gonads / Fed them to your shrunken face.” He took lyrics seriously. “The mood is set up from the words. Instead of this theory that nothing matters but the track, I’m reversing it, in a sense—I’m kicking off the music from the words,” he once said.

One of his first singles after he left the Walker Brothers was an insane cover of Jacques Brel’s “Jacky,” which he recorded in 1967, and included on “Scott 2,” his second solo record. It’s a surreal and rambunctious fantasy about growing up. Walker seems to relish its absurdities: “If I could be for just one little hour / A cute-cute in a stupid ass way,” he sings on the chorus, his voice perfect, swooping. The horns are so brash as to feel violent.

For me, one of the greatest pleasures of Walker’s discography is that it’s not immediately pleasurable. His music demands time and attention, and a willingness to submit to something weird and vast and periodically devastating. (I can’t imagine any of Walker’s later records slotting well onto curated playlists.) This sort of listening isn’t cultivated so much anymore—it’s too easy to click away now, toward something that you already know you like. We have codified the notion of self-care in such a manner that the idea of enduring art—of struggling on purpose—is cultural anathema. The first time I listened to “Tilt,” which Walker released in 1995, after an eleven-year hiatus, I couldn’t tell if it was brilliant, or awful, or soothing, or abjectly terrifying. I still don’t know. It’s in this way that Walker’s legacy feels especially precious. He didn’t want music to become just another benign or comforting life-style signifier. He wanted it to explode us.

Seamus Power leads after opening round of St Jude Classic