Home Culture “The Wilderness,” Reviewed: Can a Partisan Podcast Save the Democratic Party? ... 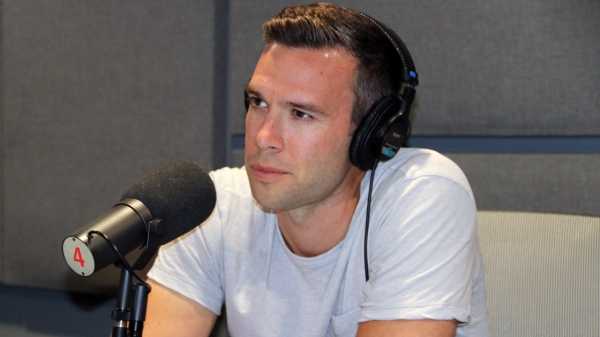 For years, progressives have dreamed of a forum that matches the influence of Fox News and right-wing talk radio. The radio network Air America, which fostered the career of Rachel Maddow, made a valiant effort more than a decade ago. Today, the best hope seems to be the world of podcasts, where liberal shows, catering to eager audiences, have flourished since the election of Donald Trump. Chief among them is “Pod Save America,” hosted by the Obama Administration alums Jon Favreau, Jon Lovett, and Tommy Vietor, and produced by their company, Crooked Media, which was formed in 2016. Now that they no longer work at the White House, Favreau, Lovett, and Vietor are free to curse, opine, and mock—it’s “basically like our text chain come to life,” Favreau told me. Listening to their conversations, we feel like we’re teaming up with these know-it-alls, rolling up our sleeves, and getting some work done, goddammit. Their popular live shows, where the wild fandom that podcasts can inspire meets the urgency of this historical moment, have the energy of political rallies. In May, “Pod Tours America” filled Radio City Music Hall, like a rock concert that featured not drums and guitars but yellow leather easy chairs and a massive image of George Washington wearing earbuds. “This is ridiculous!” Lovett cried out as the show began, to a roar. Then Favreau took over, and the crowd was cheering at the mention of Robert Mueller.

So much oxygen is consumed by Trump that it can be hard, for Democrats, to focus on that other problem: the Democratic Party. Democrats lost not only the 2016 Presidential election but, in the past six to eight years, some nine hundred seats nationwide. “The Wilderness,” Favreau’s ambitious new podcast about the Democratic Party, seeks to address that problem. It’s a fifteen-part series, narrative and documentary in form (it’s co-produced by Two-Up, of “36 Questions” and “Limetown”), that provides context about the Party and soul-searching about what Democrats should do next. It will conclude a few weeks before the midterms, giving newly motivated door-knockers and phone-bankers ample time to absorb its lessons. “It’s a show about us, about being honest with ourselves as Democrats,” Favreau says in an episode. “We have a lot to learn and a shitload of work to do.”

Favreau, who is thirty-seven, served as Obama’s head speechwriter from 2005 to 2013; Obama called him his “mind reader.” He makes for a trustworthy guide, narrating with authority, humility, and profanity. “November 8, 2016, was a fucking nightmare,” Favreau says, five minutes into the series. We hear a montage of clips referring to familiar horrors, some faded from headlines but still freshly toxic: the Muslim ban, Charlottesville and “good people on both sides,” the DACA repeal, the Paris-climate-accord pullout, child separations, trade wars, and so on. To wake up from the nightmare, Favreau tells us, Democrats need to self-assess. “Because, if you think we’re fucked now, just imagine how much worse things could get if we lose again, in 2018, or, God help us, 2020,” he says.

The show’s first three episodes trace the story of the Democratic Party, from Andrew Jackson (and the unflattering origin of the Party’s donkey symbol) through F.D.R., J.F.K., Obama, and the Clintons, with an emphasis on economics, race, and evolving ideas about who “the people” in a democracy are. It’s an impressively efficient, if selective, history—hardly a college course, but useful to newer voters and those of us whose attentions have been focussed elsewhere. (A decent portion of “Pod Save America” ’s audience, Favreau told me, consists of “people who were not necessarily interested in politics or who didn’t pay close attention to politics before Trump won.” The chief demographic is “twenty-five to thirty-four, slightly more women than men.”) It’s brisk but not dumbed down: the Party’s sins and errors are acknowledged, and we’re reminded of how far we’ve come as a country from the relatively recent exclusions of women, the working class, and people of color from the basic rights insured by the Constitution.

I worried that the show’s structure, which shifts to a topic-by-topic focus after the third episode, would turn away from that kind of historical richness. But those episodes begin with related historical material. The series’ fifth episode, out this week, is the first of two episodes on race; it’s fully documentary in style, and is the most moving episode so far. Providing historical context is part of what Favreau calls an effort to “center people.” “We sort of learned this strategy from Obama, when we would write speeches together,” he told me. “He would be very focussed on making sure we had a couple of paragraphs, maybe even half a page, on how we got here.” In the contemporary news climate, he said, “It can feel like every morning, when you wake up, history starts anew, right? I mean, Kavanaugh’s nomination feels like it was four years ago.” If we’re reminded that the challenges Democrats face are often new versions of old problems, we can, perhaps, figure out what the hell to do next.

As for what to do now, “The Wilderness” itself seems like part of the answer, both for listeners and for journalism. For traditional news organizations, for whom truth should be the primary objective, balance has become “a fetish,” Favreau said, “because the right has done such a successful job over the years of screaming about liberal bias.” Crooked Media’s approach is what Favreau calls “honest partisanship.” “We’re very explicit in that we want to help Democrats take back the House and the Senate and governorships and state legislatures,” he said. Crooked’s success also raises an interesting prospect: if blunt, earthy “straight talk” helped elect Donald Trump, then another kind of straight talk—wonkish, profane, and highly strategic—might help get us out of this mess. (The one area of “The Wilderness” where the straight talk feels dissonant is the commercials: aggressive odysseys of ads that sound exactly like “Pod Save America,” except that Favreau and Lovett’s testosterone-fuelled chumminess is deployed in praise of coupon apps and home-security systems.)

Favreau has his mentor’s thoroughness and optimism—he interviewed more than a hundred professors, politicians, and others for the show, and believes that persuasion is best accomplished through good conversation. In the fourth episode, “The Voters,” we hear voice messages from “Pod Save America” listeners weighing in on what’s wrong with the Party: “it’s a party of centrist neocon squishes”; Democrats “don’t show backbone, they don’t show balls”; it’s too far to the left; it’s too close to the center; and so on. But Favreau also talks to focus groups of potential swing voters, including people in Michigan who voted for Obama and then Trump. He’s determined to understand them and, ultimately, to figure out how they can be persuaded. I’m curious as to whether he can guide us through another morass—the Bernie-Hillary divide—in a way that feels productive, ideally without making us nuts. For now, like him, I’m choosing to be optimistic.

It’s too soon to tell how effective “The Wilderness” will be, but it’s welcome at a time when Democratic leadership is amorphous and diffuse. The third episode, “The Nightmare,” ends with a conversation between Favreau and the writer Rebecca Traister. Favreau talks about Obama’s second Inaugural Address and its centering idea: that “the entire story of America” is of each generation trying to realize the ideals laid out in the Declaration of Independence. He laughs. “Back in the hopeful days before Trump.”

“He was right to have that hope,” Traister says. The “punishing pushback that we’re living through right now,” she continues, has come precisely because “it’s within our grasp to make another huge set of steps toward inclusion and equality and toward the promises, the unfulfilled promises, of our founding.” It’s the kind of message, clear and forthright, that the Democratic Party could use.

Bread Pudding and the Comforts of Queer Baking |