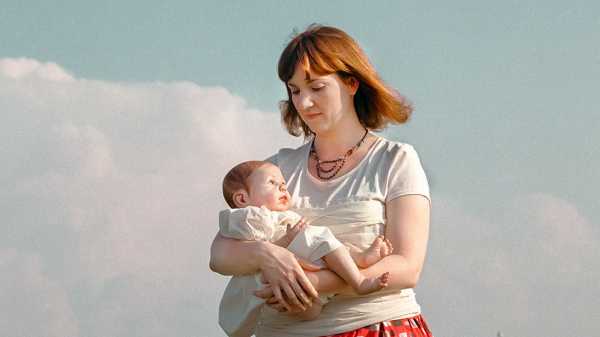 In a self-portrait from Jamie Diamond’s series “I Promise to Be a Good Mother,” the photographer is pictured dining alfresco at a table set for two. She is wearing a one-piece bathing suit, and her bare, delicate shoulders gently slope forward, as if to encircle the infant she is supporting in the crook of her left arm. Though she is young—her body lithe, her skin smooth—Diamond’s bearing suggests a slight dowdiness, of the sort one might encounter in stock images labelled “motherhood.” Her baby, too, appears generic—a bald-headed, just-cute-enough model of infanthood, wearing a polka-dot onesie with a pink bow at its collar. 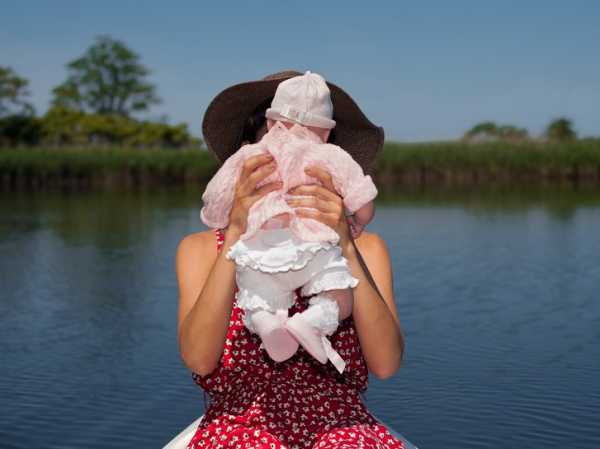 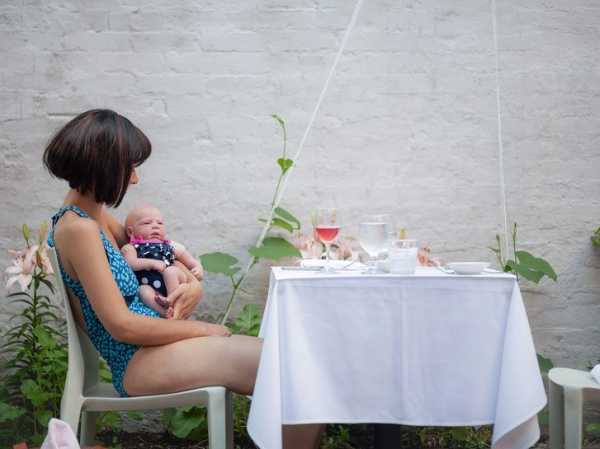 For all of its pointed ordinariness, however, there is something strange about this photograph. The table Diamond is sitting at, despite the formal white cloth it’s draped in, is inexplicably positioned against a building’s brick wall. Her hair—clearly a wig—is an abstract-looking bob, lopped off mid-neck, while her legs appear bifurcated by a swatch of tablecloth, giving her the fragmented aspect of a Bellmer doll. 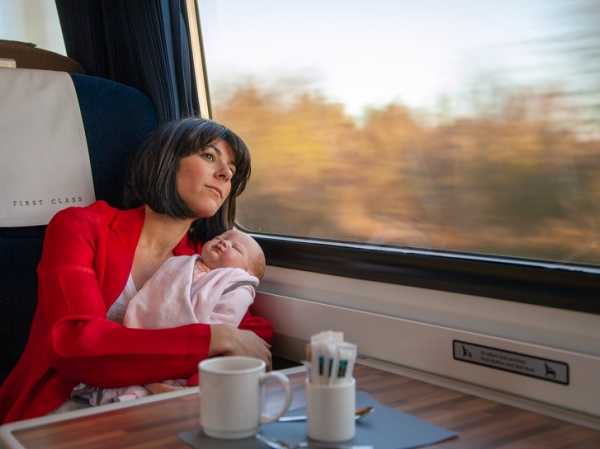 But strangeness turns to uncanniness when we realize that the infant in the photograph is, in fact, the doll here, one that is known as a reborn: a figure that is painstakingly made from vinyl or silicone and meant to appear as much like a real baby as possible. In “I Promise to Be a Good Mother,” Diamond photographs herself in a variety of locations and situations, always in a dyad with the same baby-girl reborn doll: eating at a diner, harried-looking, with the child tucked once again at the crook of her elbow; sitting in the first-class section of a train, looking out the window dreamily, the infant snug in her arms; standing in a vibrant green patch of grass and trees, her face turned away from the camera and toward the baby, who seems to be gazing elsewhere. 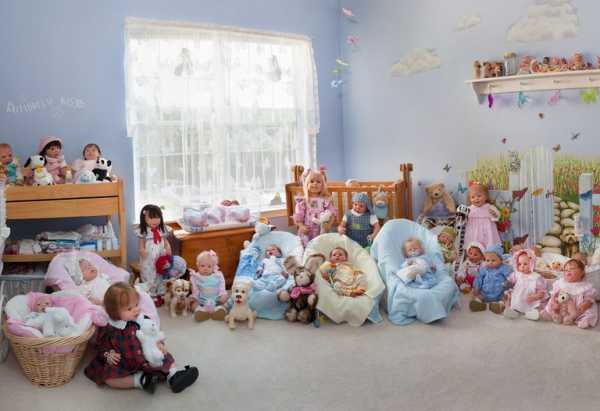 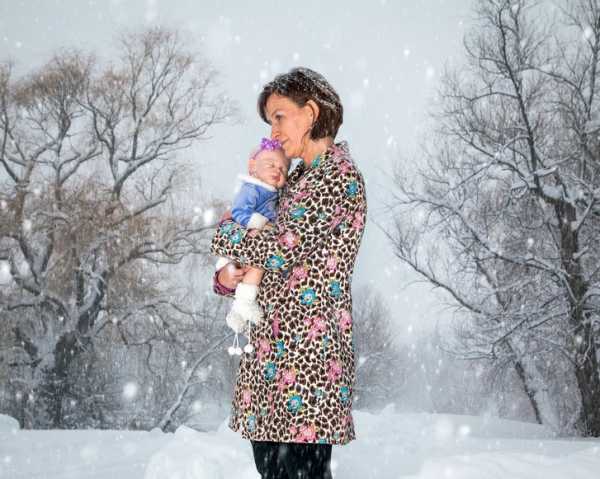 Another of Diamond’s series, “Forever Mothers,” also features reborn figures, this time in documenting members of the community of (mostly) women who collect and often make the lifelike dolls. Some of the reborners have lost a child, while others were unable to bear children at all; still others found the crafting and collecting of these handmade infants a balm for empty-nest syndrome. Diamond’s reborn photographs will be included in the exhibit “Surrogate: A Love Ideal,” to be held at the Milan Osservatorio location of Fondazione Prada, in February—a two-person show that will also showcase works by Elena Dorfman, who, in her photographic exploration of men and women posing with their life-size sex-doll companions, examines, like Diamond, the strong bonds that people can form with synthetic representations of humans. In an essay that will accompany the show, the curator, Melissa Harris, provides excerpts from conversations that she had with some of Diamond’s reborner subjects. A woman named Marilyn told Harris that “the dolls here really are like part of the family.” Another, named Laurel, said, “Holding the baby literally plays with your mind, it’s so real.” And Kym, a stepmother of five, wanted to have a baby who would be only her own; when she ordered a reborn doll online she “fell in love with it, because it looked and felt like a real baby, the baby I’d never had.” 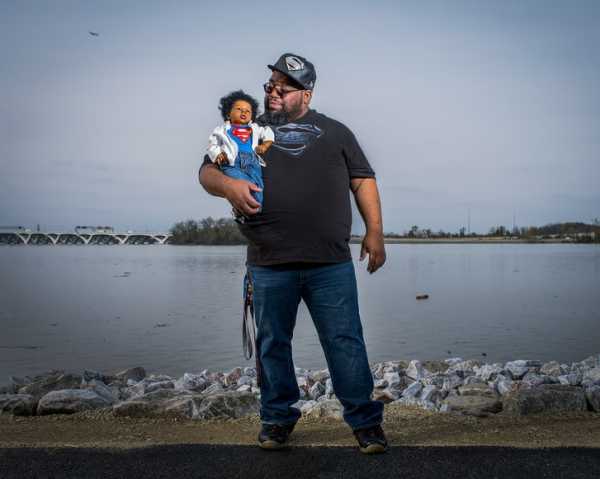 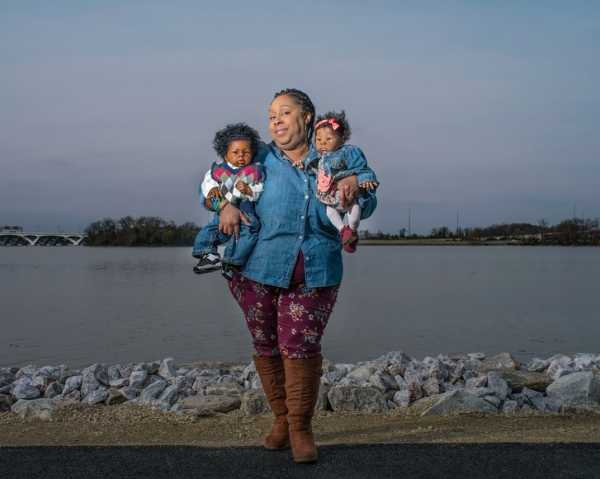 The images in “Forever Mothers” are softer that Diamond’s self-portraits, as if infused with the emotions that the photographed women appear to feel for their dolls. The reborners embrace their children tightly: “Mother Brenda” holds her baby close in a snowy landscape; “Mother Cherry” displays her two kids proudly, preeningly, to the camera. In what is perhaps the most affecting image of the series, “Mother Marilyn” fixes her toddler daughter’s hair with a loving gesture. For all of the constructedness, Diamond seems to suggest in these photographs, the rites of motherhood remain both meaningful and real. 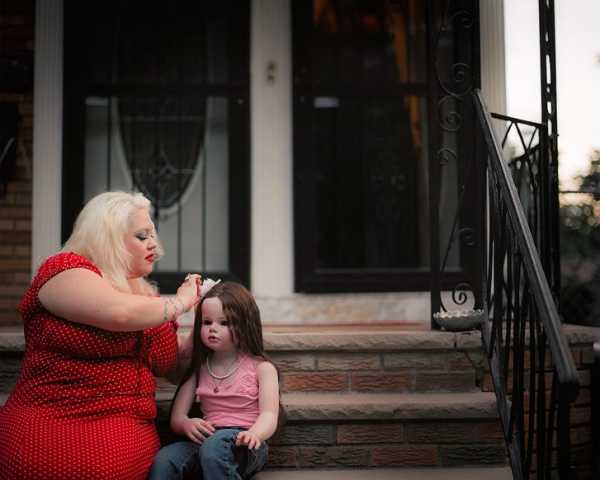 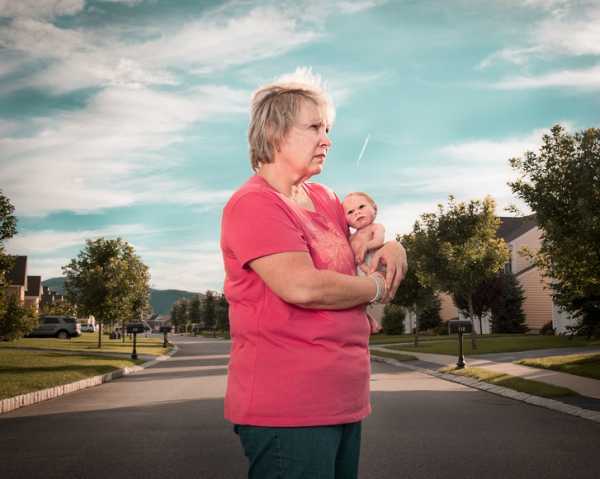 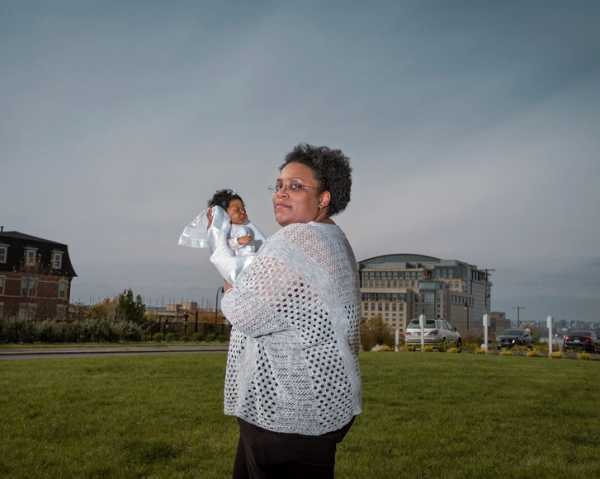 The legal difference between sexual misconduct, assault, and harassment, explained

McCain joins Democrats in slamming release of GOP memo as other...