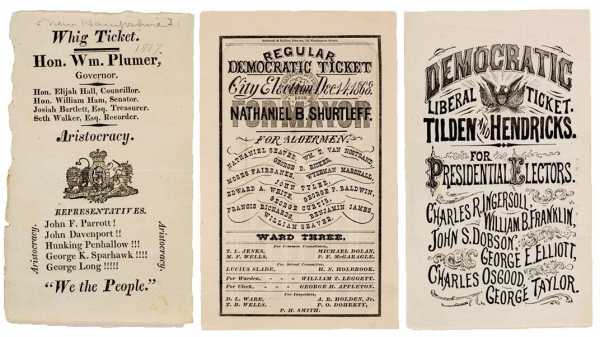 “That most potent of all sheets of paper, the ballot.”
—Philip Loring Allen

Before there were paper ballots in America, there was the human voice. Per the viva voce system, a practice with roots in Ancient Greece, eligible voters would call out the names of their preferred candidates to a government clerk, who registered votes in a pollbook. Sometimes bodies would suffice: in Kentucky, until the early nineteenth century, some elections were decided by counting the number of supporters lined up on opposite sides of the road. In some colonies, people would cast their votes with corn and beans—corn for yea, beans for nay. 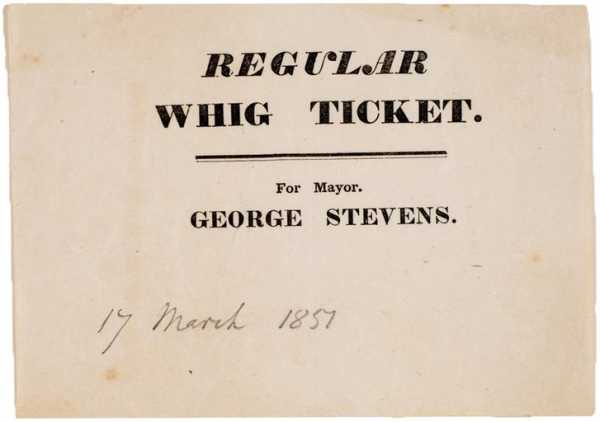 In contrast with the more stylized party tickets of the mid-to-late eighteen-eighties, this ballot, from 1857, lists the name of a single candidate in monochromatic letterpress.

Though voting “by papers” gained in popularity during colonial times, state governments made little effort to standardize ballots until the early nineteenth century. Ballots often required voters to write their preferred candidate’s name on a scrap of paper, which might only be counted if the name was legible and correctly spelled. By the end of the eighteen-twenties, the sheer number of elected offices became too much for a scribe to list, paving the way for the legalization of printed ballots provided by party workers and candidates themselves. As political parties grew and the lists of candidates became longer, the ballots began to resemble the timetables on railway tickets—hence the term “party ticket.” 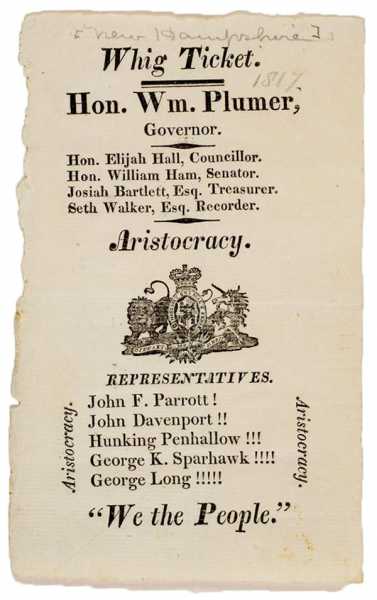 Parties used enthusiastic punctuation and party mottos to get the attention of voters. 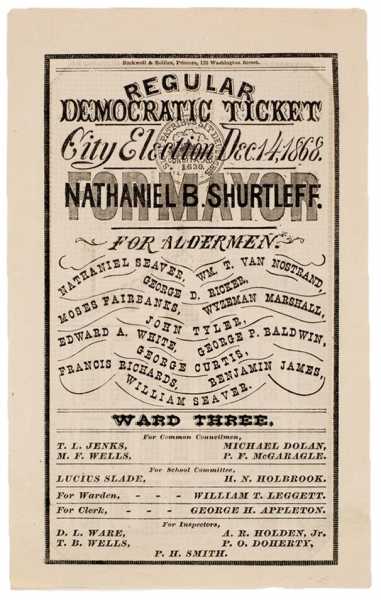 This ticket from Massachusetts features an elaborate layout for the names of alderman candidates, a decorative style that also served to deter ballot manipulation. 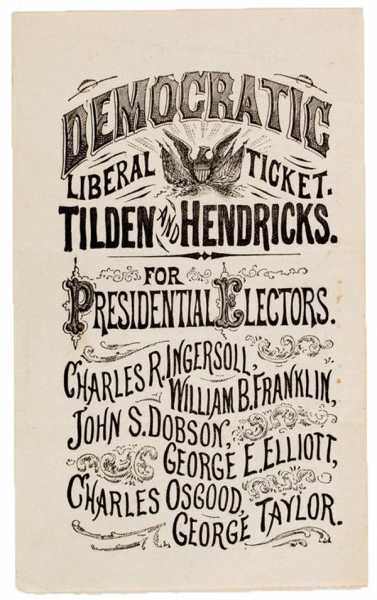 A ballot for electors in the controversial Presidential election of 1876, which pitted the Electoral College against the popular vote in the contest between Rutherford B. Hayes and Samuel Tilden.

Despite regulations in some states that required ballots to be printed in black ink on white paper, parties would use distinctive graphic layouts and production methods that allowed party enforcers to monitor voting by visually determining the allegiance of the voter. Ballots were printed on off-white or brightly hued card stock for a more distinguishing look. The styles ranged from single names printed on small slips of paper to a riot of typefaces, colors, inks, and imagery. (After the Civil War, ballots commonly featured anti-immigrant party mottos, such as “Exclude the Chinese,” and allegorical depictions of the country threatened by encroaching immigrant hordes.) Elaborate designs were also printed on the back of ballots. Held in hand and displayed publicly, these ballots were their own form of political advertising, with the voter serving as a billboard.

Printed in distinctive blue ink, this ballot, from an 1863 election in California, would have been easily recognizable by party watchers at the polls.

The text and images on this ballot—including the dove, cannon, and Phrygian cap symbols, typical of the era—appear blurry because of misaligned registration in the color plates, a product of lower-quality printing.

Industrial experimentation in printing during the mid-eighteen-hundreds radically expanded the range of brighter, fast-drying pigments, as evidenced by the still vibrant red ink on this ballot.

This ticket, circa 1880, is printed on attention-grabbing colored stock.

This ballot, from 1878 , shows the “split fountain” printing technique, which involved the application of multiple colored inks onto a roller.

This ballot, from an election in Massachusetts, in 1872, demonstrates how, as political parties grew and the lists of candidates became longer, the ballots began to resemble railway tickets.

On Election Day in nineteenth-century America, party enforcers actively sought out citizens to bribe or coerce. Campaigning often took place in the local taverns that doubled as polling locations. Votes could be bought with ready cash, a ladleful of rum, or even a set of plates. Party enforcers often employed a kidnapping strategy called “cooping,” in which drunk and indigent men were rounded up, locked away in a room until Election Day, and forced to visit polling sites to repeatedly vote for a candidate. Fake or counterfeit party ballots with some or all of the names of another party’s candidates were distributed to mislead the inattentive voter. When interrogated about election fraud, the infamous Boss Tweed once remarked that it wasn’t the ballots that rendered the result. It was the counters. 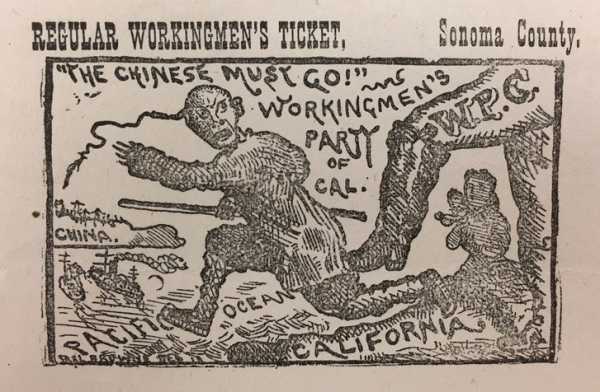 This 1878 ballot shows the symbolic boot of the Workingmen’s Party of California kicking a caricature of a Chinese worker back to his country, an anti-immigrant depiction that was common in the years leading up to Chinese Exclusion Act of 1882.

In the mid-nineteenth century, more stringent measures were gradually enacted by individual states to regulate the appearance and functionality of the ballot. Massachusetts and Rhode Island tried short-lived initiatives mandating the use of official state-government envelopes for submitting ballots. Some states began numbering the ballots, and others instructed election officials or voters to sign ballots as a means of oversight, though these methods were also vulnerable to fraud. Some states ruled that bars were to be closed during polling hours. Standard procedures for marking ballots with an “X” replaced a hodgepodge of prior systems. 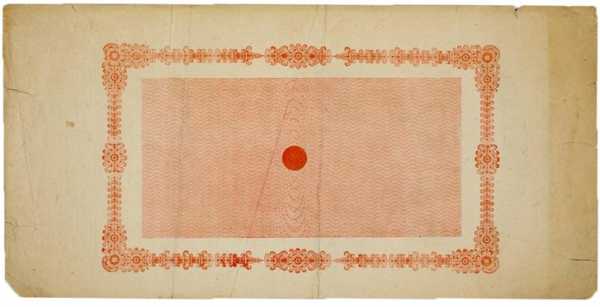 This Regular Republican ticket, from 1874, demonstrates how stylized patterns on the back sides of ballots were often used as advertisement by political parties in the mid-to-late eighteen-hundreds. 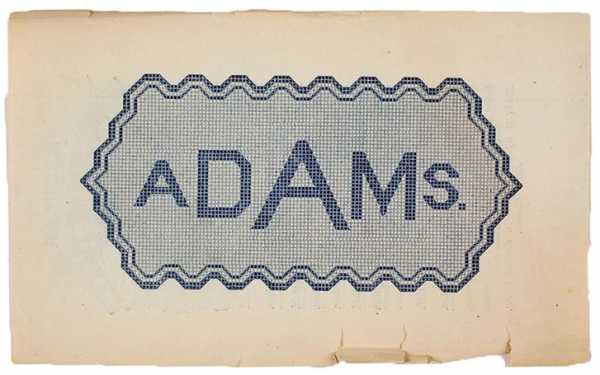 The back of this ballot, from the 1869 Massachusetts Democratic gubernatorial election, renders John Quincy Adams’s name in a distinctive needlework pattern.

In the eighteen-eighties, the U.S. government began considering voting reforms modelled on an Australian initiative. Under the Australian-ballot system, the voting process became private, employing ballots that were provided by the government rather than political parties, and which listed candidates by the office they were running for rather than party affiliation. Detractors claimed that the “Kangaroo vote” would be inordinately expensive because of the size of the ballot, and that the process of marking the ballot would be too taxing for voters. In spite of this opposition, in 1889, seven states enacted legislation establishing a form of the Australian ballot, and by the 1908 general election of William Taft, thirty-two states, plus the territory of Arizona, had followed suit.

Technological innovations have reshaped the secret-ballot system many times in the decades since. By 1920, gear-and-lever machines with privacy curtains were serving a growing, post-suffrage electorate as the official voting method in several states. From the late fifties to the early seventies, the struggle against discriminatory voting practices and a newly enfranchised youth population further increased the size of the electorate, creating a wider demand for punch-card voting machines, which allowed votes to be counted by a computer. In 2002, after the so-called hanging chad scandal of the 2000 Presidential election, federal funds helped spread the use of electronic voting machines that are still in use today. 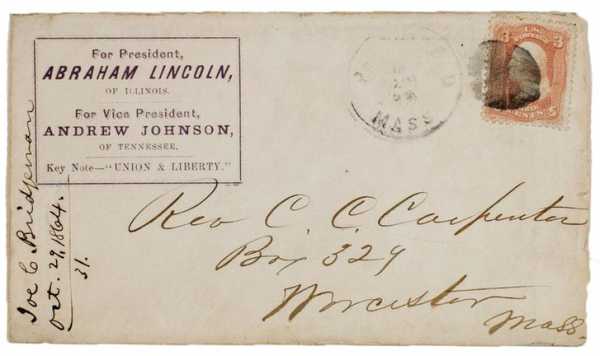 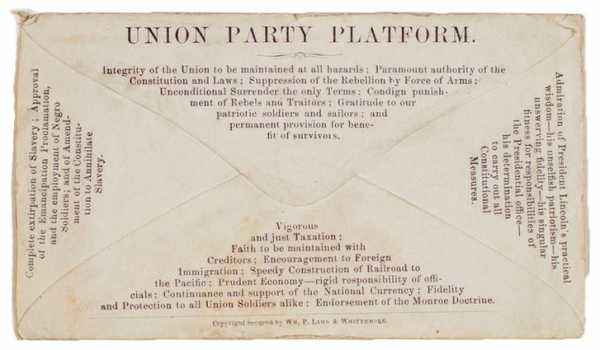 Government-issued envelopes were a short-lived initiative to enhance the integrity of the voting system. This Civil War-era example includes the Union Party credo and extols the virtues of the sitting President.

The nineteenth-century politicians who once deemed the Australian ballot overly taxing could hardly imagine voting in the uncertain age of touch screens, election hacking, and insidious new modes of voter suppression. The Americans who decide to vote must often take time off from work to travel to polling stations, navigate long lines and bureaucratic frustrations, and eventually enter a booth to mark their ballots in private. In many ways, the system is the same as it has always been in America: technically flawed, often unjust, and essential to the country’s precarious claim to democracy. 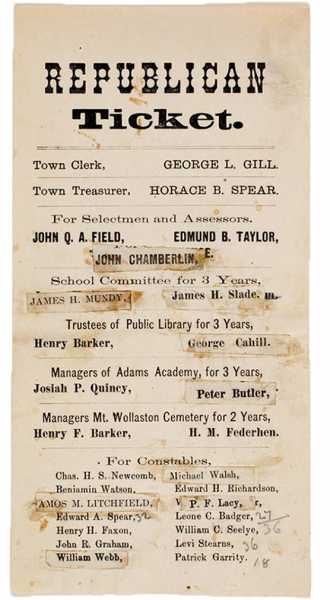 This ticket, from 1886, shows replacement names being pasted over a total of nine times on a Republican candidate, a practice that was legal in several states. 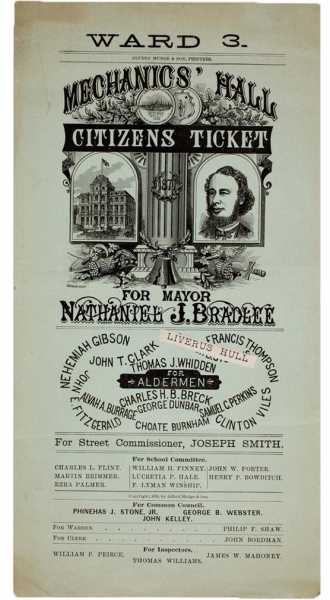 A ticket, from 1877, manipulated to include the pasted name of Liverus Hull, a Massachusetts businessman. 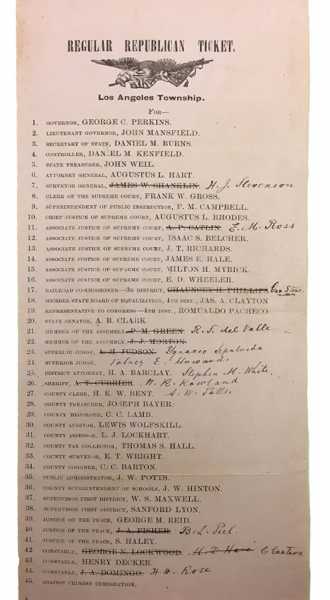 This ballot from 1887 shows tidy, hand-marked deletions and additions of candidate names. 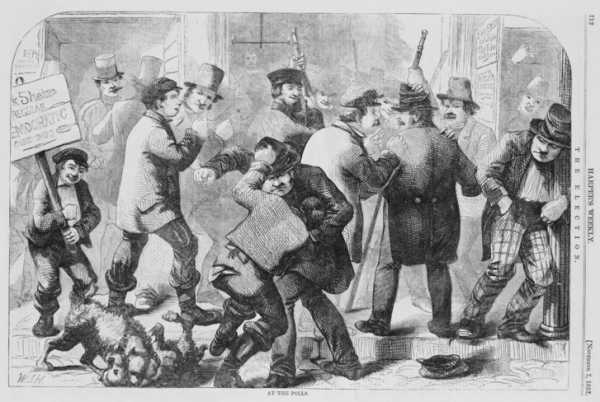 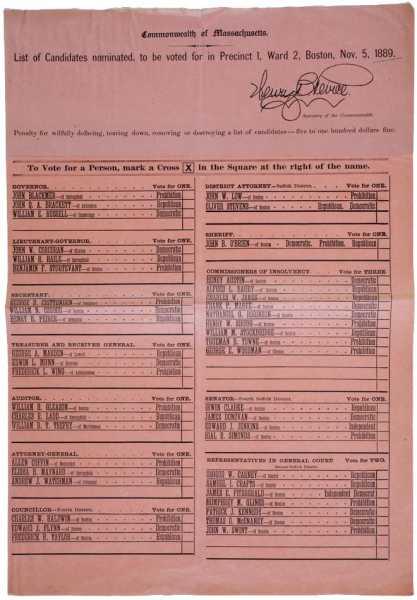 In 1889, some form of the official ballot, which was printed by state election boards, was adopted by a handful of states—a number that increased over the next ten years. 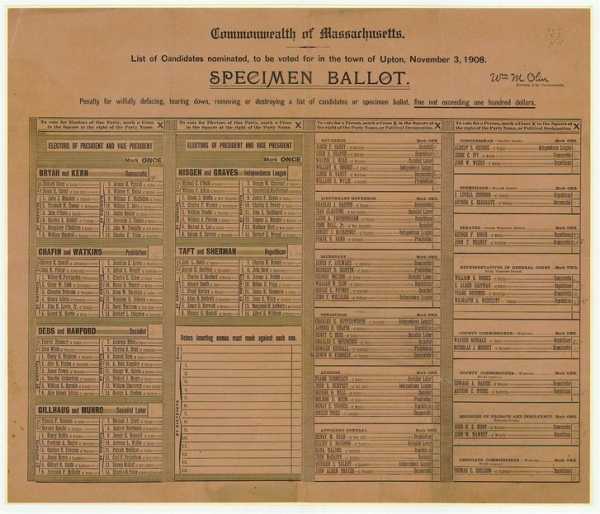 This sample ballot shows a list of candidates organized alphabetically and by office, allowing voters to to make candidate selections from across parties. 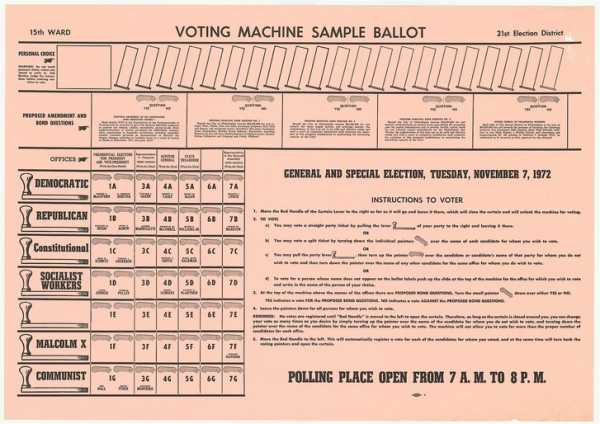 Gear-and-lever machines were widely used in the 1960 general election, and their use, along with punch-card voting machines, continued to spread over the following decades.

Ukraine’s Opposition Accuses US of Scrubbing Info About Biolabs’ Activities on...

The Grand Canyon Needs to Be Saved By Every Generation |