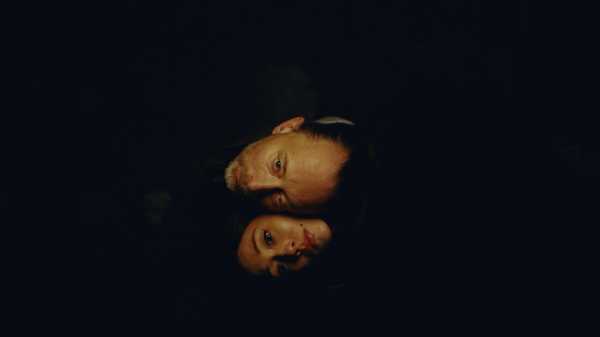 Thom Yorke, the singer of the British rock band Radiohead, has been thrashing against a bleak and bloodless future for more than two decades. He has a reputation for seriousness, and he has committed a good portion of his musical career to airing dystopian fears: that we are all cogs in a horrifying late-capitalist techno machine, that whenever we choose to measure the fullness of a life by how productive it was, we’re really only judging how subservient a person has been to corporations. Sad emoji.

Yorke’s new solo album, “Anima,” comes with an accompanying fifteen-minute film, directed by Paul Thomas Anderson, which is streaming on Netflix and in some IMAX theatres. (Yorke’s bandmate, the composer and multi-instrumentalist Jonny Greenwood, scored Anderson’s four most recent films, from “There Will Be Blood” through “Phantom Thread,” and, in 2015, Anderson filmed Greenwood’s journey to India to collaborate with Shye Ben Tzur and the Rajasthan Express.) The film “Anima” opens on a subterranean commuter train. We see passengers dressed in dark, loose uniforms—Yorke among them—and they drift into a choreographed version of the jolting, awful slouch that happens when a human being falls asleep while upright. They’re headed toward some sort of quarry or mine, but Yorke, his hair pulled into a loose bun, gets stuck in an exit turnstile, and someone marches off with his battered, metal lunchbox. As he struggles to get it back, he glimpses a woman (she’s played by Yorke’s partner, the Italian actress Dajana Roncione) whom he briefly made eye contact with on the train. They eventually find each other on a dim, cobblestoned street, somewhere in the Czech Republic, and make a run for it.

The choreography, by Damien Jalet, is halting and beautiful. Though Yorke is not a trained dancer, he is a convincing physical presence here, pushing against the tides of modernity in both literal and metaphorical ways. That “Anima” is, ultimately, a traditional romance—a man is lost and broken, love both invigorates and saves him—isn’t terribly surprising. The best (and perhaps only) way to thwart an encroaching apocalypse, Yorke suggests, is to protect and prioritize the beating of your own heart.

It has been an especially good season for the pairing of a marquee director with marquee music (The National and Mike Mills; Bob Dylan and Martin Scorsese), and “Anima” is an arresting film that evokes lonesomeness, fear, and, finally, a hope that transcendence of some sort is still possible. Of course, it is summer, and the sun is shining, and it is deviously tempting to turn away from the void. But, for anyone worried about the arc of mankind, Yorke’s concerns—that most of civilization’s biggest problems (greed, ignorance about the environment, dubious morality, lack of empathy) can be attributed to ballooning business interests and the ways in which they bend our lives toward profit—remain as prescient as ever. “I think I miss something / But I’m not sure what,” Yorke sings, midway through “Dawn Chorus,” a gorgeous, spectral song that features heavily in the film. His voice is tired and fried with longing.

The album, which is Yorke’s third solo effort, is also his best. “Anima” is Latin for a vital, animating force, like a soul or spirit. (It’s also a Jungian term, meaning the unconscious feminine consciousness of a man.) The title speaks directly to Yorke’s central thesis: cling to your soul, no matter how hard the modern world tries to wrench it from your body. “Anima” was produced and co-written by Nigel Godrich, Radiohead’s longtime producer. Like a person nervously jiggling her leg under a table, the album is not particularly interested in, or even capable of, resting in a single spot for too long; instead, it jerks, flits, and reinvents itself every few minutes. Yorke is a student of electronic music, and the high-minded, genre-bending influence of his favorite artists and scenes—Four Tet, Flying Lotus, the record label Border Community, which was founded by the visionary producer and d.j. James Holden—is fully realized here. He has always taken cues from the more esoteric corners of the music industry; he is interested in artists who are expanding how we think about sound and what it can do to our bodies. But, on “Anima,” he appears better equipped to pair those experiments with genuine tenderness and vulnerability. Compositionally, these songs are fairly spare—a synthesizer, a pulsing drum machine—which allows Yorke’s strange, mesmerizing voice, sometimes raw and sometimes processed, to anchor each piece. His vocals blur the landscape like a brisk wind.

There are political undertones to almost all of Yorke’s work, and, in a recent interview with the Beats 1 d.j. Zane Lowe, Yorke spoke of the ways in which technology allows us to dissociate from reality and, therefore, avoid accountability. “We don’t have to connect with it directly because it’s a little avatar. It’s this little guy with a stupid haircut waving a flag,” Yorke said, referencing Boris Johnson. “And the consequences are not real. The consequences of everything we do are not real. We can remain anonymous. We send our avatar out to hurl abuse and poison, and then trot back anonymous.” Yorke’s agenda is only to insist on humanity, on the preservation of anima; that he makes this point using machines is ironic but profound.

Yorke has said that he wrote “Anima” after a period of creative stagnation and that it was informed, in part, by his burgeoning obsession with sleep. In the interview with Lowe, he cited Matthew Walker’s “Why We Sleep: Unlocking the Power of Sleep and Dreams,” and the idea that a sleep-deprived person is a dream-deprived person, which is to say: a person who has not had the opportunity to process, on a subconscious level, what is happening to her. “Anima” is packed with references to sleep and dreaming, and a promotional stunt for the album—a more playful than mercenary move, and one that Radiohead has used before—involved a phony advertisement, spotted in London, Dallas, and Phoenix, that read “Here at Anima we’ve built something we call a Dream Camera. Just call or text the number and we’ll get your dreams back.” Callers got to hear an excerpt of “Not the News,” an “Anima” track that Yorke had been playing live, and a notice that the company had been forced to cease and desist.

My favorite track on “Anima” is the closer, “Runawayaway,” which features the kind of heavy, mesmeric guitar perfected by Tinariwen, a Tuareg group from northern Mali (and one of the most consistently interesting rock bands going today). “Runawayaway” is anxious, darting, and digressive—like all of “Anima.” The guitar, which eventually falls away, gives the song a certain heft and familiarity. It’s a cliché, and foolish, to dismiss electronic music as cold and inorganic, but there’s still something odd and powerful in the juxtaposition of the analog and the digital—a phone in your palm, a wild, senseless love in an efficiency-minded world.

Swiss Village Braces for Evacuation Which Could Last Over a Decade...

Branson Shows How Speed Delivery Revolution With Hyperloop Will Look

Why Saudi Arabia is waging diplomatic war on … Canada

Madrid Allows Resumption of Non-Essential Activities in the City Despite Lockdown...