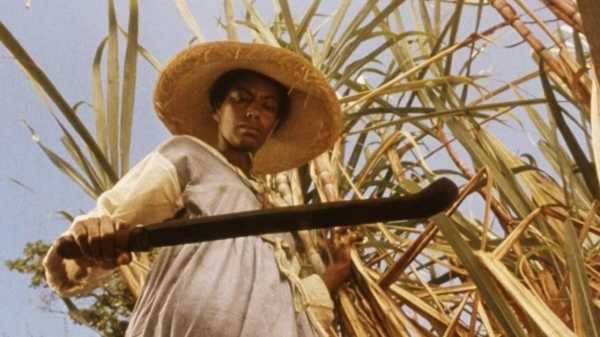 Hollywood filmmakers have always taken on history, sometimes with insight, sometimes with grotesque inaccuracy, and usually with an unquestioning faith in their own access to the past. To this day, it’s mostly independent filmmakers who approach history with a question mark, making the very possibility of filming history with any fidelity an integral part of their dramas. BAM is launching an extraordinary and wide-ranging series, this weekend, called “Black 90s: A Turning Point in American Cinema.” In its very first weekend, it spotlights a trio of films by black filmmakers who take an audacious approach to the cinematic question of history, even as they display a passionate devotion to the past events that they depict.

“Daughters of the Dust,” from 1991, the story of a Gullah family on an island off the coast of South Carolina who, around the turn of the twentieth century, are preparing to move to a Northern city, is one of the greatest first features ever made. Julie Dash—who had already directed a short film, “Illusions,” centered on the absence of black artists and their stories in classic-era Hollywood—approaches history with an astounding blend of subjectivity and specificity. She builds the very concept of history from her characters’ personal experience, at a virtually atomic level, while treating that experience as inseparable from myth and memory, from dream and fantasy. The result is a meticulously intimate yet rhapsodically lyrical melodrama that evokes its characters’ relationship to their own history with an overwhelmingly powerful sense of discovery and responsibility, pain and pride.

In Haile Gerima’s 1993 film “Sankofa,” the element of fantasy gets a metaphysical twist. The movie opens with a model at work on a photo shoot on the coast of Ghana. The model, Mona (Oyafunmike Ogunlano), a black woman, is being photographed for a fashion shoot by a white male photographer, while tourists are thronging to the site. The setting is a fortress where Africans were held captive before being forced onto ships that would bring them to the United States, where they were enslaved. But the musical performance of a drummer and singer, Sankofa (Kofi Ghanaba)—whose name means “go back and get it” and connotes a return to the past—evokes this hallowed and horrific past with a prophetic fervor, as he tries to chase away the tourists and their glibly platitudinous guide. Sankofa also confronts Mona and urges her “back to the past.” As she walks alone through the empty and dungeon-like setting, its past appears to her; she sees Africans in chains, and suddenly she’s one of them, grabbed by white slave dealers as a captive, stripped, branded, and held for slavery in the United States.

The slave she becomes, named Shola, isn’t Mona; Shola’s consciousness is untinged by Mona’s modern-day knowledge. Rather, Mona sees Shola more or less as movie-viewers do, and Gerima shows a complex society in which enslaved Africans, despite the horrors and pressures that they endure, actively develop a society in exile. Shola serves as a house slave on a sugarcane plantation in Louisiana, and she’s the frequent victim of rape by the white plantation owner. She often associates with field slaves, including the man she loves, Shango (Mutabaruka), a medicine man who’s helping to organize a revolt and who encourages Shola to poison the food in the masters’ house. She’s deeply devoted to Nunu (Alexandra Duah), a woman who was born in Africa, a griot said to be endowed with metaphysical powers, who organizes nighttime meetings in caves, where the revolt is being planned, and who passes African culture and heritage to enslaved children born here. Joe (Nick Medley), the light-skinned head slave in the house, raised as a devout Christian, is Nunu’s son, by a white man, who raped her, when she was fourteen, in the ship that brought her from Africa. Noble Ali (Afemo Omilami), a slave forced to serve as an overseer in the fields, has the long-standing duty to whip other slaves at the white overseers’ orders, and he reaches the breaking point.

With this intricate web of personal and family connections, and the brave maneuvering in the face of the overseers’ commands, Gerima is doing nothing less than reconstituting and affirming the full humanity of the enslaved. The enslaved men and woman have romances (and romantic conflicts), raise children, endure agonizing separations, and offer mutual aid after brutal punishments. What’s more, they organize, and it’s clear that the whites who own slaves live in fear of them.

Gerima depicts enslaved Africans on this plantation, and others in the vicinity, as forming a society that’s constituted by a sense of its own history. The central dramas of “Sankofa” are dramas of consciousness—the consciousness of the enslaved, and the consciousness of modern black Americans of the origins and import of their culture. “Sankofa” depicts the appropriation of violence by its victims—and the movie itself is an act of history, a bearing of witness, and a reminder and reinforcement of dignity. Without minimizing the deprivations and the agonies of the enslaved, the movie both depicts and embodies cultural continuity and the force of individual and collective survival. In effect, the movie dramatizes its own existence and the creation of historical consciousness in modern times, as in its grandly solemn conclusion, which powerfully distills and symbolizes the relationship between artist and viewer.

Zeinabu irene Davis’s 1999 film “Compensation” begins with a title card that shows the symbol of Legba, called “the keeper of crossroads,” and this film, too, is the meeting place of two times. It, too, features one actress in two roles, one historical and the other contemporary. The film’s title is from a poem, by Paul Laurence Dunbar, that is quoted onscreen in a title card and that also ends up playing a crucial role in the drama. (No spoilers.) Davis sets the action in Chicago, in two times—in the early nineteen-hundreds, at the time of the Great Migration, and in her own time, at the end of the twentieth century—and it features the same actors playing cognate roles in both eras. Moreover, she builds the earlier world and the world of the early cinema together: the story of old Chicago is largely a silent film, with a ragtime-style piano score, in which title cards move the action ahead and convey speech.

The stories involve prejudice and discrimination in multiple dimensions. In the first decade of the twentieth century, in the time of the Great Migration, Malindy Brown (Michelle A. Banks), a deaf black woman in Chicago, literate and learned, is expelled from a school for the deaf when it suddenly becomes reserved for whites only. (Banks is a deaf actress.) Malindy works as a dressmaker and keeps a copious diary in her spare time. She’s also an activist and helps to mobilize protests against the segregation of her former school. While resting beside the lake, she meets Arthur Jones (John Earl Jelks), who recently arrived in the city in search of work, an amateur musician and fisherman who carries his mandolin while offering her fish. Arthur speaks to Malindy, who can’t hear; Malindy writes on a small chalkboard to Arthur, who can’t read. But their sympathetic bond develops quickly, through his music, and a title card poetically characterizes their burgeoning relationship: “Arthur learns to read / Malindy learns to love.”

In modern-day Chicago, Malaika Brown (Banks), a deaf woman who’s a printer and a graphic artist, meets, at the lakeshore, Nico Brown (Jelks), a children’s librarian. Malindy teaches Arthur to sign; Nico takes an A.S.L. class in his spare time and then teaches the language to a group of children at the library. (The library is in a mainly black neighborhood; all of Arthur’s young students are black, and one of the first signs that he teaches them is “Africa.”) In modern Chicago, the deaf community is organized differently from the way that it was in the earlier days, and this sense of community also creates a set of conflicts that intrude upon the couple’s burgeoning romance. (Davis subtitles the film with A.S.L. and spoken English alike.) The writings of Dunbar are a presence in earlier times; they’re at the center of modern ones, as when a deaf dancer (Christopher Smith), who is Malindy’s friend, performs at a café to a vocal setting of the poem “Compensation.” But the times are inscribed in the bodies of the characters: tuberculosis intrudes as a deadly menace in Malindy’s era—as does AIDS, in Malaika’s time.

Davis incorporates a copious and evocative set of archival photographs into the earlier time’s action, and she films them with a sense of avid and dramatic curiosity that conjure the historical period with a moving immediacy. Filming in black-and-white, she develops a virtual historical archeology, lavishly detailed and alive to the aesthetic spirit of the time. She also depicts a teeming world of the self-aware development of black American culture, complete with a film within a film—a short silent comedy that Malindy and Arthur watch at a nickelodeon, featuring black actors—as well as stage shows featuring black performers and the devoted attention of Malindy and her friends to black authors, including Dunbar.

Davis develops an equally rich cultural vision of Malaika’s times, with distinctive strategies (involving complex montage sequences and special effects) to offer it a cinematic identity as well. Her stylistic balancing of current and past times, the parallels and intersections of Malaika’s and Malindy’s worlds, embodies a powerful idea, as well as an ideal. Where Dash and Gerima imbue the present day with history, Davis—by blending drama, music, text, dance, and documentary views of modern life in Chicago—presents contemporary life as historical in real time. “Compensation,” too, is a drama of consciousness; like “Daughters of the Dust” and “Sankofa,” it’s a radical act of political aesthetics. Also like “Sankofa,” “Compensation” isn’t available to stream. It’s all the more infuriating that neither Davis nor Dash has made another feature film for theatrical release—yet another depressing and outrageous reminder that the margins to which independent filmmakers are so often relegated are all the narrower and more precarious for female artists and artists of color.

India Deploys AN-32 Aircraft and Mi17 Helicopters to Airstrips Near the...